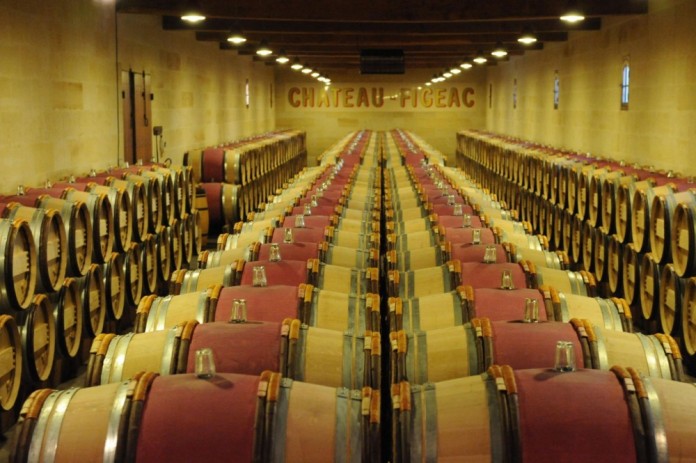 It was an unforgettable evening in Saint Emilion, near Bordeaux, in June 2005. What should have been an elaborate outdoor feast for sommeliers, wine critics and winemakers was upset by a sudden hailstorm that wiped away tents and table settings. Smartly dressed guests, who minutes before had been sampling hors d’oeuvres and sipping 1988 Dom Pérignon from magnum bottles, crowded into a candlelit cellar, their clothes drenched—and soon were enjoying what turned out to be one of the most impressive improvised wine-and-cheese tastings ever. For many, the star of the evening was Château- Figeac 1961, a 44-year-old wine with almost youthful flavor and energy, but also great depth and complexity. Just two years later at a similar gathering—this time undisturbed—organized by the Groupement de Premiers Grands Crus Classés of Saint Emilion, Château-Figeac drew a standing ovation when the 1950 vintage was served.

In spite of such positive experiences, Château-Figeac fails to get elevated point scores from many important critics, including the influential Robert Parker. The principal reason: Figeac is not a modern-style Bordeaux with high concentration and alcohol levels. In fact, Robert Parker recently downgraded the celebrated 2000 vintage to a rather paltry mid-80s score. I could not believe it, so in September 2010 I returned to Bordeaux, where Figeac owner and director Eric d’Aramon prepared a blind tasting of three vintages that included the 2000. Unveiled, the 2003 proved exotic and soft, the 2001 more traditional and elegant, and the 2000 seemed to have the most concentration and subtlety.

The quality of Figeac was demonstrated once again in Washington DC in January, as several wine connoisseurs gathered over dinner with the 1982, 1998 and 2000 vintages. Rather than wowing the senses with concentration and intensity, Château-Figeac displayed “understated elegance and a silky palate”, commented Kevin Shin, a member of a well-known circle of Europe-based wine critics and sommeliers called the Grand Jury Européen. Figeac, he noted, is “very perfumed and feminine”. Said wine educator and former Washington Post wine writer Ben Giliberti, “It is nice to feel that you are right. Figeac does not always get the best reviews from some of the leading critics, but those of us who love Figeac are vindicated.” He compared the 2000 to “a young Mozart, which will develop into something like the 1982,” a famously delicious Bordeaux vintage that even Parker praised highly.

More often than not, the world’s best wines come from unique soils and climates. Such is the case with Château-Figeac, a wine that takes its time to mature. What makes the soil at Figeac unique? The Saint Emilion appellation extends over 13,340 acres, and includes more than 1,200 estates, in four types of soils. The most renowned—because it produces most of the best wines—covers about 6,175 acres and is made up of steep limestone slopes near the town of Saint Emilion. The second soil sector spans nearly 4,940 acres of alluvial sand on the large plain along the banks of the Dordogne River, which tends to yield more basic wines. A third sector, covering 2,965 acres, is a plateau to the west, extending as far as the village of Pomerol and consisting primarily of aeolian, or wind-drawn, sand, which has excellent filtering powers conducive to producing fine wines. The fourth section is by far the smallest, just under 150 acres of gravel, shared by Châteaux Cheval Blanc and Château-Figeac.

Figeac has its own special niche among the mainly merlot-based wines of Saint Emilion, with far more cabernet than the others: 70% about evenly divided between cabernet sauvignon and cabernet franc, and only some 30% merlot. The rich, dark, ultra-ripe Bordeaux wines often found today, with sometimes excessively high alcohol levels, are mainly merlot-based. Both cabernet sauvignon and cabernet franc ripen more slowly and mature later than merlot, and they cannot as easily attain such high alcohol.

That could help to explain why Figeac doesn’t garner the plaudits it deserves. Because of the slower-ripening cabernets, harvests are always later at Figeac. But at the annual barrel tastings in early April, Figeac is tasted at the same time as the other, mainly merlot-based wines of Saint Emilion. Those others, by their very merlot-driven nature, seem softer and more approachable, and they usually have had more time in barrel as well.

Moreover, the Figeac winemaking style has never become akin to that of the bigger, contemporary-style Bordeaux, which now can reach alcohol levels as high as 15%. Owner Eric d’Aramon likes to joke—pointing to his stomach—that since he began directing the estate some 20 years ago, Figeac has become a bit rounder, like his physique. But it remains true to itself—a supremely elegant wine.

It is an ancient estate, going back at least as far as the 2nd-century Gallo-Roman period, when a certain Figeacus apparently gave his name to a villa he built on the current estate’s location. The site has been continually inhabited ever since—there are vestiges of a Gallo-Roman water-supply system, medieval building foundations with defensive walls, and a Renaissance château reflected in the present-day’s great door and tower. The central part of the current château dates to the late 18th century.

For more than 500 years Figeac was owned by a single family, and by the late 18th century the domain extended to nearly 500 acres. But in the 19th century, successive owners sold numerous plots, which explains the existence of various neighboring châteaux that have Figeac appended to their names, among them Yon-Figeac, La Tour du Pin Figeac, La Croix Figeac and Grand Barrail Lamarzelle Figeac. The original Château de Figeac continues to be the largest estate in the Saint Emilion area, with almost 100 acres of vines.

To visit Figeac, be sure to make a reservation. The owners like to have guests taste a ten-year-old wine, to show that Figeac tastes better when it’s mature, and that it has not succumbed to contemporary high-alcohol trends in vinification. The main vat room with its ten oak vats is the most attractive part, but longtime owner Thierry Manoncourt, who died last August, doubled the production capacity many years ago by creating a new vat room with ten stainless steel tanks. He was among the first in the region, along with Château Latour and Château Haut-Brion, to use stainless steel. The underground cellars, dug in 1971, are used for bottling and storing older vintages dating back to 1893.

The bottom line for wine lovers is that Château-Figeac constitutes a relative bargain for upscale Bordeaux. It is expensive, but it does not reach the crazy price heights of estates that obtain those near-100 point Robert Parker scores. So, at least for special occasions, it is a wine to seek out when possible. Of particular interest are some of the less-heralded vintages, which offer excellent price/quality ratios, including 2001, 2004, 2006 and 2008. The star vintages 2005 and particularly 2009 are more expensive, but Parker’s unwarranted downgrade of the 2000 may make that superlative vintage now available for less than before. website

Wine writer Panos Kakaviatos will be tasting Figeac and many other Bordeaux barrel samples from the 2010 vintage in April 2011. For tasting notes and videos on the January 2011 dinner with three Figeac vintages, click here.