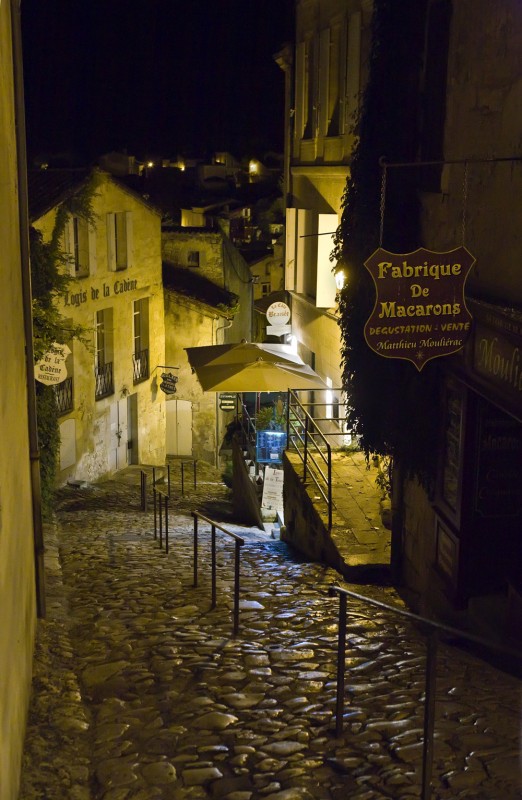 Wine-lovers perhaps recall the disparaging “No merlot!” remark from the hapless Miles character in the hit road movie Sideways. Miles justifiably scorned the fast-ripening grape that, when grown in certain hot California soils, often results in simple, jam-like wine. What the film did not say is that Miles’s most coveted bottle—a Château Cheval Blanc Saint Emilion, which he consumed, in a fit of angst, from a paper cup at a fast food joint—also contained a hefty amount of merlot. Saint Emilion’s colder soils suit merlot because they slow the grapes’ ripening, achieving levels of flavor that impress real-life oenophiles as much as they did the fictitious Miles. Celebrated Saint Emilion wines, including Cheval Blanc, Château Canon, Clos Fourtet and Château Angélus, owe much of their success to merlot, often blended with cabernet franc to yield both freshness and succulence.

One of Bordeaux’s most famous appellations, Saint Emilion packs some 2,000 estates into about 14,000 acres lying east of the Dordogne River. Along with the even smaller and equally famous Pomerol, Saint Emilion represents Bordeaux’s Right Bank merlot-dominated wines, which are generally softer and more approachable than their cabernet sauvignon-dominated counterparts on the Left Bank, including the enormous estates of the Haut Médoc.

Bordeaux newcomers would be wise to first visit and taste Saint Emilion, not just because of the appeal of its wines, but also because Saint Emilion is arguably the most beautiful area in the Bordeaux region. Easily accessible smaller vineyards nestle side by side, often enclosed by lovely low stone walls, stretching across charming hilly terrain right from the edge of the delightful medieval village that gives the wine its name. Châteaux owners generally live on their estates and welcome visitors. (However, it’s recommended to call ahead.)

Romans planted vineyards in the valley of the Dordogne as early as the 2nd century, and the village itself grew up as a religious site around a hermitage carved into the rock in the 8th century by a Breton monk named Emilion. The village, built almost entirely of local golden limestone, and its surrounding vineyards were listed as a UNESCO World Heritage site in 1999—the first time that vineyards were included in such a designated “cultural landscape”.

The beauty of the landscape is matched by the flavor of the wine. As with any other high-quality wine appellation, you can “taste the terroir”. I can still remember, for example, a Château Canon 1985 enjoyed over lunch with vineyard director John Kolasa several years ago—a mature merlot exuding truffle and spice, with a fresh iodine aspect that seemed to echo the limestone soil where the Château Canon vines are grown in a lovely clos.

Saint Emilion can be divided into roughly four types of terrain. Most of the best wines come from some 6,000 acres of limestone slopes over clay, located nearest to the town—the area responsible for much of the appellation’s renown. More basic Saint Emilion wines are made from the second largest section—5,000 acres or so of alluvial sand on the extensive lower plain along the banks of the Dordogne River. The third largest subdivision, covering just below 3,000 acres, occupies a plateau located west of the town, near Pomerol; it consists primarily of aeolian sand, excellent for the filtering and drainage that helps to produce fine wines. The last area, located even farther west, makes up perhaps the most exceptional part of the appellation: about 150 acres of gravel, shared by Château Figeac and Château Cheval Blanc. Although most of the entire appellation is planted with merlot—ideal for limestone soils—both Figeac and Cheval Blanc use high proportions of cabernet franc. Figeac, definitely among the most beautifully fragrant wines of Bordeaux, also includes up to 35% cabernet sauvignon, and is thus considered the “most Médoc of Saint Emilions”.

Generally, the savory merlot grape grown in the cool terrains of Saint Emilion is best matched with fairly rich food. Every two years, to coincide with the massive Bordeaux wine fair Vinexpo, a dinner is organized by the private association le Groupement des Premiers Grands Crus Classés, made up of top Saint Emilion estates. Vintages old and new from each member of the association are served with meals prepared by well-known chefs. In 2009, 3-star Michelin chef Michel Troisgros created a five-course dinner at Château Angélus to match selected wines. The heavenly pairings began with unctuous razor clams with parsley, garlic and lemon peel served with Château Magdelaine 1998, whose bright plum, cherry and raspberry freshness balanced the richness of the clams. A savory charlotte à la truffe et à l’asperge, topped with three large rounds of black truffle, was balanced by the limestone-like freshness of Château Canon 1979, which also had its own earthy hint of truffle. Brittany lobster, bathed in a pronounced licorice-like sauce of cabernet sauvignon, required a strong wine. Château Cheval Blanc 1988 was up to the task, with inherent strength and length, but also a mentholated forest freshness to balance the lobster’s richness and echo its iodine character.

Troisgros’s pigeonneau, foie gras and truffe frits à la Kiev—squab bathed in butter and roasted with more butter between the meat and the skin—was paired with a perfectly mature Château La Gaffelière 1966. The 43-year-old wine, smooth and elegant, with a spicy nose and notes of chocolate and truffle, was just as sophisticated as the squab.

Special occasions should be enjoyed with such great wine and food, but Saint Emilion includes many smaller wines with plenty of bang for the buck, perfect for current budgetary belt tightening. Be warned however: as with other Bordeaux wines, the key is to know the vintage and the producer. In general the appellation suffers somewhat from grade inflation, with simply too many Saint Emilion “grands crus” that are notably less than grand. Among wines currently on the market, in general it’s best to avoid most 2007s—some are now being sold at a discount, but they were overpriced in the first place. The better bet is the 2008 vintage, which promises to be less expensive and of higher quality. Some back vintages are worth seeking out, including 2001 and 2004, while 2005 is expensive but often superb. The much-heralded 2009 in some cases is more expensive than the 2005, but little has reached the shelves yet.

Wine boutiques throughout town provide plenty of opportunity for tasting and buying, but even the most dedicated wine buffs should not skip the fascinating historic sites. Visitors are usually amazed and enchanted by the largest monolithic church in Europe, an immense underground cavern, Romanesque in style, created between the 8th and the 12th centuries by enlarging existing grottoes and quarries. On the surface, towering above the promontory, the church’s bell tower offers a sensational panoramic view for those hardy enough to brave the climb to the top, and so does the Tour du Roi in the ruins of a royal château opposite.

The vast Collégiale church, half Romanesque, half Gothic, has a handsome 14th-century cloister; there are deep 11th-century catacombs where much wine is now kept, and there is even a subterranean grotto said to be Emilion’s 8th-century original dwelling, complete with his stone bed and a seat carved into the rock wall.

Centered around the small Place du Marché, the village today has a lively café and restaurant scene, including the trendy and colorful wine bar L’Essentiel, and a great bistrot, L’Envers du Décor. And it’s also renowned for macarons de Saint Emilion, sweet puffy cookies whose recipe was concocted by the nuns of a local convent in the early 17th century.

Of recent vintages, the best bargains can be found in the 2004 and 2008 vintages. Quality estates with moderate prices ($25-$50) include: Château Berliquet (2005, 2006, 2008), Château Dassault (all recent vintages), Château Daugay (2005, 2006, 2008), Château Guadet (since 2006), Château Saint Georges Côte Pavie (2005, 2006), Château Larmande (2005, 2006), Château Soutard (most recent vintages), and all recent vintages of Château Corbin, Château Franc Mayne, Château Grand Mayne and Clos de l’Oratoire. The 2009 vintage, already something of a legend, is particularly big and rich in Saint Emilion—alcohol levels sometimes reach 15%. There is redeeming freshness due to good acidity levels, but 2009 will probably prove best in Médoc, on the other side of the Gironde. The 2009s have not reached the shelves, but they are still available as futures, many outrageously priced. A few bargains worth seeking are Château Barde Haute, for about $33; Château Grand Mayne, about $40; and Château Beau-Séjour Bécot, about $65, while most of its peers cost twice as much.

Authorized revisions of wine classifications are unusual in France—in the Médoc, the 1855 classification has barely budged—but they bring dynamism because estates compete for promotion. The garage wine movement was born in Saint Emilion when savvy winemakers made the most of hard work in the vineyard and technique in the vat room to bottle the best possible wine from lesser terroirs. Although some of these wines are overdone—often with excessive alcohol levels and/or jammy over-ripeness—the better garagistes pushed everyone to work harder, including some highly classed estates too often sitting on their laurels.

Originally published in the October 2009 issue of France Today; updated in October 2010.