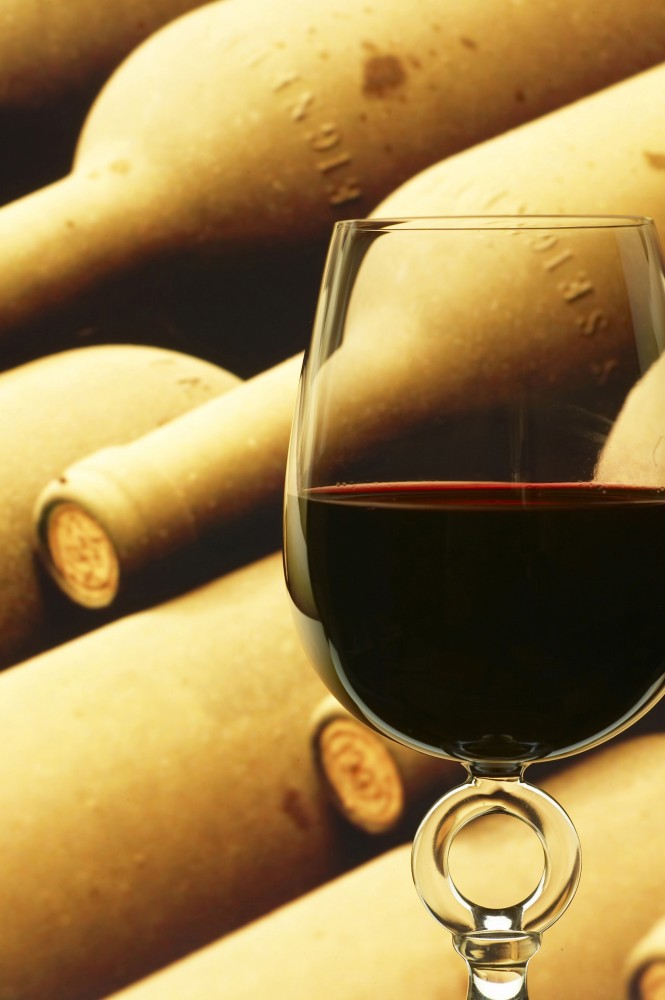 The Garonne River is not one of France’s finest. It has been unkindly described as the gutter of the Languedoc. In her travel classic Three Rivers of France, Freda White reserves her inimitable prose for the Tarn, Lot and Dordogne. The Garonne she dismisses as a useful but charmless working river. “It is large, it is dull, it waters Toulouse and Bordeaux. That is enough about it,” she writes. But White acknowledges that her verdict would “horrify a wine merchant”. And so it would: the placid Garonne, and its tributaries the Tarn and Lot, helped shape a wine-producing region that is among France’s most dynamic and diverse.

Long before Julius Caesar was dividing ancient Gaul into three parts, and getting the locals squiffed on Roman wine, the Garonne and its sister rivers were carving out a special, variegated and vibrant landscape. They eroded the high limestone plateaus—the causses—that lie to the north and east of the Aquitaine basin and distributed the resulting sand, shale, gravel and other sedimentary material across the region. Without the alluvial deposits brought by the Garonne and its tributaries, the legendary châteaux of Bordeaux would have no vineyards, nor would the fertile hills of Gascony and Gaillac.

So when the Romans decided, around the first century AD, that Gaul should produce wine for their empire, it’s not surprising that they planted their vines here—centuries before Bordeaux or Burgundy entered the picture. Two millennia later, southwest France is reaffirming its wine heritage and winning renewed respect in the wine world. At a time when the worldwide wine market is increasingly dominated by a handful of grape varietials producing overly homogenized wines, the passionate winemakers of the southwest—the majority of them small producers—are flying the flag for diversity and distinctiveness, making wines that reflect the variety and character of the land and its multiple terroirs. Idiosyncratic some may be—both the wines and their makers— but boring they are not.

Certainly, getting this far hasn’t been easy. When the Roman legions fled before the barbarian onslaught and Europe’s Dark Ages set in, viticulture survived only under the unlikely protection of the church, whose monasteries paid the peasants to cultivate grapevines. Local grape varieties languished or disappeared, while new ones—particularly black ones—arrived from Spain. As the region declined from its Gallo-Roman heyday, viticulture clung on as tenaciously as the vines themselves, through human blundering and natural disasters from the Crusades against the Cathars (or Albigensians) and the ruinous Hundred Years’ War between France and England to the vine-destroying phylloxera of the 19th century.

Historians believe that Gaillac was one of the first wine-producing regions in Roman Gaul, part of the province known as Narbonnensis that stretched from the shores of the Mediterranean across the Languedoc and up the Rhône Valley almost as far as Lyon, or Lugdunum as it was then. The Gaillac region lies east of the Garonne, while the town of Gaillac itself sits on the Tarn where it becomes navigable, just downstream from the regional capital of Albi. More easterly than most southwestern wines, Gaillac is where the Atlantic influence gives way to that of the drier and hotter south, and the local wines reflect that warmth.

During the Middle Ages, Gaillac’s red wines were highly prized in northern Europe. They were first introduced to the English court when Henry II married Eleanor of Aquitaine in 1152, and later achieved a level of popularity that helps explain why France’s François I presented England’s Henry VIII with 50 barrels of Gaillac at their 1520 meeting in northern France, a three-week extravaganza of such one-upmanship in luxurious pavilions and regal attire that the meeting place became known as the Field of the Cloth of Gold.

The strong dark wines from Gaillac and other parts of the high country traveled well, and were often used to bolster the lighter wines from Bordeaux. In fact their quality was almost their undoing. Wine shipped down the Tarn to the Garonne and then to the Atlantic coast had to run the gauntlet of the Bordeaux wine merchants’ rapacity and jealousy. These full-bodied wines made the local Bordeaux claret seem pale and insipid. Not only did the Bordelais levy huge tolls on the upcountry wines, they also prohibited their export until Christmas Day, thus ensuring that their own reedy reds got the first crack at the lucrative markets for wine then developing across northern Europe.

While Gaillac reds had a well-established reputation as long-maturing—eight years in the barrel and 12 in the bottle was the old rule of thumb—they are now more approachable, and also more available. Wines that once remained in the region (half still do) are now found in chic restaurants in Paris and farther afield, although too many of these, alas, owe their success more to commercial acumen than indigenous quality.

But the region also boasts highly skilled winemakers like Roger Plageoles, who have spent a lifetime recovering ancient grape varieties that disappeared long ago—the prunelart, for instance, which makes a dark wine akin to the “black” wine of Cahors further north. Thanks to the efforts of Plageoles and others like him, Gaillac now boasts the greatest range of wines in the Southwest. Bizarrely, however, some of the grapes that ensure this diversity are banned from wines that want to claim the Gaillac AOC; wines using them can only be called vins de table. Dry reds use varieties such as braucol and the more elegant duras; whites are made mainly from mauzac, and also the strangely named and recently revived len de l’el.

Gaillac is also justly famous for its sweet white wines, made from the fragrant ondenc grape found nowhere else in France. Good but not spectacular sparkling wines are made either the traditional regional way, using the méthode gaillacoise—a single fermentation that begins in the barrel and continues in the bottle—or using the Champagne method, which in Gaillac is confusingly called the méthode traditionnelle. As the French say, “C’est pas évident” (Go figure).

Downstream from Gaillac, as the Tarn heads toward the Atlantic, it approaches the Garonne just north of Toulouse, forming a triangle of land into which are squeezed the terraced vineyards of Fronton and Villaudric. Fronton’s roots are as ancient as Gaillac’s, and the area boasts a close connection with the Knights of Saint John of Jerusalem, now known as the Knights of Malta, the famous order of knights that dominated much of the region during the Crusades. Local lore has it that the principal grape of the Fronton appellation, known as négrette for its dusky skin, originated in the order’s domains in Cyprus. It’s a romantic story that the locals would love to perpetuate, but researchers now believe the grape is of local origin and is closely related to the tannat grape of Madiran and the auxerrois of Cahors. But whatever the truth, the négrette is almost unique to the vineyards of Fronton, and the wine it produces is a great favorite with the residents of Toulouse, who have been drinking it for centuries. These days, the négrette is likely to be blended with cabernet sauvignon, syrah or auxerrois to give the wine balance and a certain je ne sais quoi which, in the right hands, can make Fronton wines among the most elegant in the southwest. No white wines are produced in Fronton, but now there is a subtle rosé that accounts for around a fifth of Fronton’s output.

Like their Gaillac and Fronton neighbors to the south, the wine producers of Cahors suffered from the Bordeaux export stranglehold. But the quality of the so-called black wines—highly tannic, extremely dark reds—produced in the region was such that demand for Cahors never diminished. In fact it grew to such an extent that by the mid-19th century Cahors, with its 100,000 acres of vineyards, was producing as much wine as Bordeaux, for a European clientele that included the Russian Orthodox church—Cahors was favored as a communion wine.

But the region paid dearly for its dependence on wine production when the phylloxera scourge hit in the 19th century. It devastated the vineyards of the high country, particularly the hardscrabble holdings located on the high causse, where shallow root systems made the vines particularly vulnerable to the phylloxera aphid. Forced to leave the land for the cities or for emigrant boats to the New World, most of the peasant vignerons of Cahors never returned. By the end of World War II wine production in the region was fragmented and feeble, concentrated in the hands of a few aging growers. Fierce competition from the vineyards of  Languedoc and even Algeria seemed likely to seal the region’s fate as a wine producer.

But thanks to a few dynamic cooperatives and enthusiastic growers, Cahors somehow managed to get its act back together. It finally received its AOC status in 1971, and there are now some 15,000 acres in production. The area’s signature grape, the auxerrois, or cot, is better known to the rest of the world as malbec, the varietal now mainly associated with Argentina. It was re-introduced in Cahors, wine-making techniques developed and quality improved. France’s post-war boom years also saw a big increase in demand for quality wine that benefitted producers sensible enough not to price themselves out of the market (as so many did in the 1970s).

Wine production in Cahors is currently a mixed bag. There are lots of small growers, some of whom produce their own often quirky wines in the “Cahors” style, while others sell their grapes to big négociants, to be used in large commercial blends. But Cahors is once again a regional wine to be reckoned with, and one that, in the right hands, has the character and distinctiveness now often absent in the wines that dominate the international market. A glass of good Cahors is a bit like a time machine that can transport the consumer back down the centuries.

Part II of our look at southwestern wines will focus on the vineyards in the ancient region of Gascony.

GAILLAC
Domaine des Très Cantous / Domaine Roucou-Cantemerle
Bernard Plageoles has taken over winemaking duties from his legendary father, Robert, but the wines from these two domaines just get better. The Vin d’Autan is one of France’s great sweet wines, and the unique Vin de Voile is reminiscent of fino sherry. Try the 100% prunelart too. 05.63.33.90.40. website

FRONTON
Château La Colombière
Founded by Baron François de Driesen in 1983, the domaine is now run by his daughter Diane and her husband Philippe Cauvin. The négrette grape reaches its apotheosis in the wine they call Tradition. 05.61.82.44.05. website

CAHORS
Clos Triguedina
Wine has been made at Triguedina for several centuries, and Jean-Luc Baldès continues the tradition of strong, dark wines that proclaim the Cahors heritage. Probus is his flagship wine, using 100% old-vine malbec. A sweet white made from chenin blanc is called Vin de Lune, but moonshine it’s not. 05.65.21.30.81. website

Château de Lagrézette
In 1980, Alain-Dominique Perrin, then CEO of Cartier, and his wife Marie-Thérèse bought Lagrézette. They completely restored its historic castle, revamped the vineyards and the chai, and Lagrézette is now a showcase for Cahors. Their top wines: Cuvée Dame Honneur and the limited-production Le Pigeonnier. 05.65.20.07.42. website 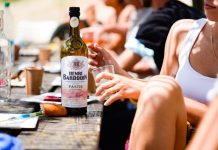 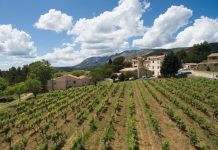