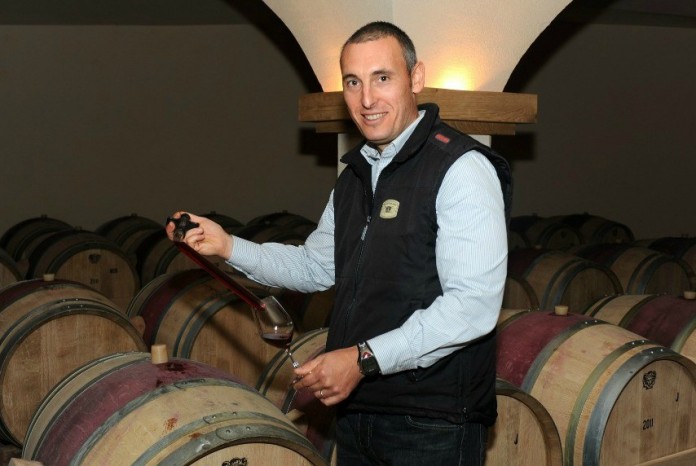 Lunch in Beaune in late August with Jacques Lardière, the soon-to-retire winemaking director of Burgundy’s Louis Jadot winery, was full of surprises. A tender, perfectly roasted poulet de Bresse proved predictably delicious, but what a revelation it was to taste a lively and opulent white wine from 1992. Because the summer of 1992 in Burgundy was rather warm, I expected flaccidity, but got verve instead.

Grand Cru Bâtard-Montrachet enjoys an exceptional microclimate and terroir, and Lardière would never say that he “made” the wine. But 20 years ago, he controlled the malolactic fermentation—the natural conversion of pronounced malic acids to softer lactic acids. Because he “disturbed” the process, by racking the wines from one barrel to the next at specific intervals, the lively malic acids were preserved for the 1992 vintage. “The wine keeps its life and energy,” he says.

Genuinely humble, Lardière exudes both scientific knowledge and passion, and he has justifiably earned a reputation as one of Burgundy’s top winemakers. He will be missed.

The 1992 Bâtard was one of several wines we enjoyed over lunch, and at one point, Lardière praised wine’s agreeable effect on people: he spoke of “fulgurance”—a certain explosion of pleasure. There was real joy in his explanation, and it was contagious.

Lardière was born in 1948 in the Vendée, the southernmost department of the Pays de la Loire region on the Atlantic coast south of Brittany. He decided at an early age to dedicate his life to winemaking. He studied in Burgundy at a school of viticulture and oenology near Mâcon. Drawn to research in the biology of aromas and bacteria, he worked with Professor Paul Bréchot, of the Pasteur Institute, and Jules Chauvet, an expert taster who studied aromatic identification in wines. Chauvet’s published research on malolactic fermentation proved to be very important to his younger colleague—although Lardière generally likes to preserve at least some malic acid in white wines, he also adapts to conditions. On rare occasions—such as the already highly acidic 2008 vintage—he allowed malolactic fermentation to run its course.

Now a grandfather, he seems as enthusiastic as ever, often employing evocative phrases that border on mysticism. He describes white wines—particularly those with noticeable acidity—as “fire that reinvigorates you; they will keep you awake and give you energy”.

Lardière says that his work was influenced by Rudolf Steiner, the Austrian philosopher and social reformer who is considered to be the father of organic farming and viticulture. In 1924, Steiner advised a group of farmers concerned about the future of agriculture to adopt ecological and sustainable approaches to increase soil fertility without chemical fertilizers and pesticides. His theories became the basis of organic winemaking and biodynamic viticulture, widely praised today. Lardière claims to be a non-interventionist, wanting the terroir to speak for itself. One example is not stirring the lees (dead yeasts after fermentation) in the barrel, which some winemakers do to add more flavor to the wines—a practice Lardière rejects as “forcing” the wine.

The desired result, Jacques explains, is that a wine “opens itself to people” or “liberates life”, between l’anabolisme (energy expended to build up molecules from smaller units) and le catabolisme (breaking down of molecules into smaller units to create energy). It can get complicated. But it all came together with our final wine over lunch, from the vintage that put Jacques on the map at Louis Jadot: the “completely strange” 1971 vintage.

France very occasionally encounters an extreme heat wave, a canicule, and so it did in 1971. “It was even hotter than in 2003,” says Lardière, referring to the most recent occurrence, a canicule so severe that a number of people, particularly senior citizens, died from the heat. In 1971, the grapevines suffered a veritable grilling. “The grapes accumulated more sugar and potential alcohol more rapidly than in 2003: by July in 1971, the degrees were over 10, whereas in 2003, they were only between 8 and 9,” he explained. And then a massive hailstorm devastated the grapes, leaving them in a fragile state with a certain goût de grêle—literally the taste of hail, and in fact an unpleasant, moldy smell.

But the 1971 Beaune Grèves Premier Cru, the red wine we were drinking, was vigorous and tasty. The secret? After a careful selection of grapes, Lardière recommended an incredibly short period of maceration. Normally, maceration—with the crushed grapes still in contact with their skins—would run three to four weeks, explained Lardière, because the juice of pinot noir grapes is white, and it needs time to extract flavorful tannins and color from the skins.

But in 1971, because of the initial extreme heat, the juice was already red. Furthermore, normal maceration would have brought “all the tastes possible” into the wine, including the negative goût de grêle. But because of the extremely short maceration, many Louis Jadot wines from the difficult 1971 vintage taste surprisingly good.

In the early 1970s, Louis Jadot was a modest-sized négociant house making 30 or so wines, mostly from purchased grapes. Lardière and then manager André Gagey gradually built it into a leading reference point for Burgundy and beyond, now producing well over 100 wines, from Chablis in northern Burgundy down to Beaujolais in the south, including a broad range of rare grand cru and premier cru vineyards from the Côte d’Or.

Lardière started as Gagey’s assistant in 1970, and in 1980 he was named technical director. Together they pursued a policy of expanding the company’s vineyard holdings and improving the quality of its grapes, which meant control of the entire production process, from growing the grapes to shipping the wines. Thanks to investments provided by Louis Jadot’s American owners, the Kopf family of Kobrand importers, today many of the company’s wines are made from grapes grown on its own nearly 400 acres of vines or in vineyards under its management.

Because Lardière generally uses similar winemaking measures for almost all Jadot’s appellations, from village wines to grands crus, the character of each wine and each vintage stands out, as differences in terroir are stressed. For example, before lunch, we tasted two exceptional red wines from the 2011 vintage still in the barrel, both made in the same way. But while the Echézeaux Grand Cru exuded floral aromatics, the Clos Saint-Denis Grand Cru seemed earthier, richer, more substantial, but with just as much aromatic interest. “We want the terroir to speak for itself,” Lardière emphasizes.

Based on our tasting of many wines, both white and red, from humble village-level appellations through to the grands crus, 2011 promises to be a fine vintage—many whites showed both energy and richness, and the reds seemed elegant and soft with a ready and pleasing ripeness.

The future looks bright with Lardière’s replacement, Frédéric Barnier, 37, who joined Louis Jadot in 2010 as technical director, under Lardière’s stewardship. “We have had a perfect working relationship,” says Barnier. “We’ve shared many experiences, and we share the same passion.”

Originally from Brittany, Barnier has an engineering degree from the agronomy program at Montpellier University, and received his oenology degree in 1999. After graduating he joined Château de Chassagne-Montrachet, where he undertook various duties before taking charge of the whole estate and its wine production in 2004.

He and Lardière have set a course for continuity rather than any change in philosophy at Louis Jadot: both agree that terroir takes precedence over human manipulation.

Barnier praises Lardière’s “patience” and “availability” in their work together and stresses that Lardière has taught him more about “values” in winemaking than about specific techniques: “Being rigorous and enthusiastic, with both the optimism and the confidence not to act too quickly—that is one of the keys to successfully work in great vineyards,” he says. “In that way, we appreciate the inherent strengths of the vineyards and the terroir, which are stronger than all human intervention.”

In answer to a question about the potential challenges of global warming for Burgundy’s vineyards, Barnier says he thinks they will adapt: “Our vineyards are very old, and they have traversed various climate changes over centuries.” In any case, he adds, “I am trying to teach my children to brush their teeth without leaving the water running and to turn out the lights when they leave the room!”

Some vintage recommendations from Lardière: He values all vintages and says, “only time will tell” when a vintage is fully open and ready to drink. In 1970, when he first arrived at Louis Jadot, he thought that the 1929 Corton Charlemagne Grand Cru was delicious. “But today, the 1928 is better.”

When it comes to recent vintages more accessible to the common wine lover—and contrary to what some wine aficionados may think—Lardière cites 2003 as his favorite year for Jadot’s red Burgundies, in spite of the heat wave that year. The secret? He picked later than many others, after a cool and rainy weekend at the end of August, which allowed grapes to breathe and “recover” from the extreme heat. He also likes both 2005 and 2006, but for different reasons: the 2006 vintage is more drinkable now, while the 2005 needs more time to open up. And when we were tasting the 2009 from the barrel a couple of years ago, he compared it to the great vintage of 1959.