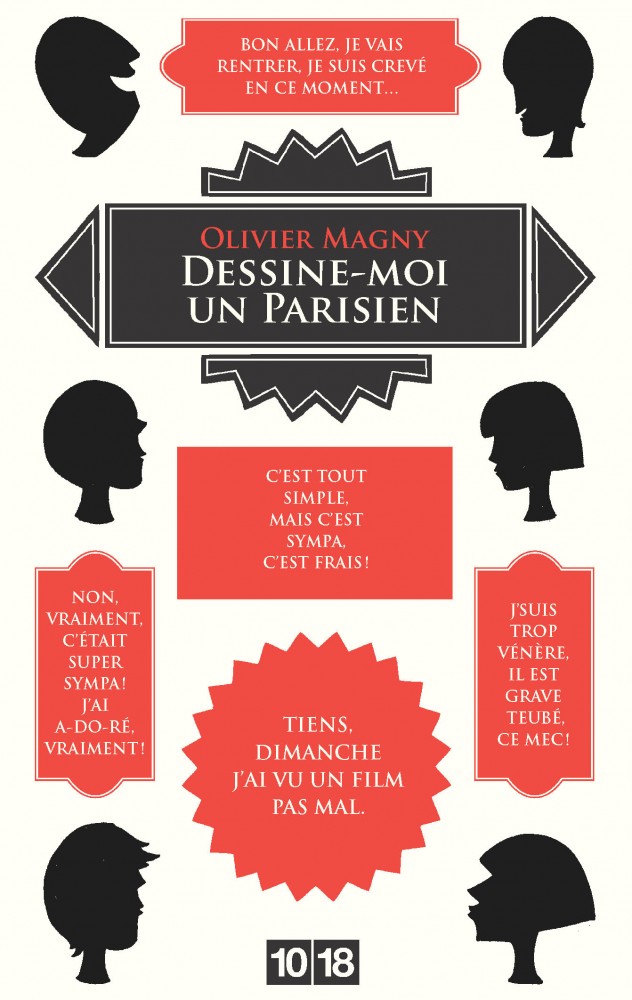 He answers the phone with an almost perfect American accent and drops a few English words into the conversation here and there. But make no mistake: Olivier Magny remains a true Parisian, proud of his French heritage. Often called “the Jamie Oliver of wine,” the 30-year-old sommelier heads Ô Chateau, a small company he created seven years ago dedicated to English-language wine tastings, and its success justifies the sobriquet. After teaching the fine points of French wine to more than 80,000 people from all over the world, in March Magny opened his “dream place”: the first “great wines bar” in Paris.

Nestled in a quiet street between the Louvre and the busy Les Halles neighborhood, this new spot seems both trendy and reserved for the happy few. “This is exactly what we were after, a place where you feel more like a guest than a client,” says Magny, glancing proudly around his new headquarters, in part of a 17th-century building that was once the Marquise de Pompadour’s private mansion. Just opened after eight months of renovation, the new Ô Chateau bar is truly an ideal place to enjoy a fine wine: cozy leather armchairs, green granite bar, oak paneling, tasteful background music. Beneath the main hall, several caves accommodate group tastings. Except for the absence of whorls of smoke, you could easily mistake it for an upscale cigar club.

“I’ve always found the usual wine bars in Paris really disappointing,” Magny says. “You’re served cheap wine, in cheap glasses, with cheap food on the side. Here we wanted to make things different. We have 15 different kinds of Riedel glasses, in three different sizes, for optimal tasting pleasure.” And, he adds, the food—usually inventive soups, tapas or salads—is prepared by a former contestant on Top Chef.

But the real treat here remains the wine list: more than 40 wines by the glass and almost 400 by the bottle, each selected for its enduring quality. Thanks to a brand-new scientific process using nitrogen, Ô Chateau is also able to offer a few rare and astonishing wines by the glass, such as Château d’Yquem, Château Pétrus and Château Margaux. Usually sold at over €1,000 a bottle, they are available here at €24 for a small, three-centiliter (1 oz.) glass. “It’s still an expensive sip, but it’s also a unique opportunity to taste the finest wines in the world,” says Magny. An energetic and engaging connoisseur, he remains confident that great wines can also be more affordable. His own tastes lean toward Côtes du Rhône and white wines from Burgundy and Alsace. “Taste is something you learn from experience. That’s something I have always wanted to encourage.”

But the odds were pretty slim that the young Parisian would end up in the wine field. After graduating from ESSEC, one of France’s finest business schools, Magny seemed destined for a career spent in an office. But, he says, “I had done a few internships during my studies, and I felt that was a life I didn’t want.” Instead, at 23 he began organizing wine tastings for tourists in the back room of a Paris restaurant. “I didn’t have a strong education in wine culture, but I liked meeting people, talking with them. Still, it was no easy life.” After a few years of carrying bottles around in his backpack and using his family’s apartment as an office, in 2008 he organized his first Champagne cruises on the Seine. “The highlight was the day a client proposed to his girlfriend during the cruise. Fortunately, she said yes!”

Increasingly well-known in the United States thanks to his blog, Stuff Parisians Like, last year Magny launched his Grands Crus Tastings, a program including wines such as Pommard and Meursault. Now, with the new location, the endeavor has taken on a new dimension, but the philosophy remains the same. “I want something more than a good wine. I want a wine exuding some kind of ‘somewhereness,’ a link to a specific terroir,” says Magny, sounding a bit poetic. “Foreign clients often complain about the French practice of naming their wines after their origin, rather than the grape varietal. They think it’s too difficult to understand. But this is a system we must preserve, because it guarantees the uniqueness of our wine,” he insists, rejecting “the dictatorship of marketing” that demands simplistic branding and identical products, no matter the location. “All we need,” he says, “is a little education.”

This is particularly true for the French themselves today, says Magny. While some tourists display genuine curiosity, he notes, his countrymen seem to be losing their wine culture as time goes by. “Today the new generation knows nothing about wine. The average price for a bottle in France is less than €4. This is mainly the government’s fault, since promoting wine is prohibited here, even though the French are drugged out on pills! Can you imagine, France is the only country in the world where scientists say that wine is bad for your health? We need to convey a new image in the media.”

Firmly convinced and passionate about his subject, Magny could well become the new spokesperson for French wine. He is now preparing a TV series that will present the different wine regions, their specifics and the secrets of their mysterious labels. He is also currently writing a book on French terroir, to be published in the US.

And in spite of his array of projects, he also hopes to get some rest. “The last few years have been exhausting. Now that the bar has opened, I might start drawing a paycheck. Maybe even take a vacation,” he says with a smile. “But it was all worth it. Everything is, when you have a chance to taste a Château Lafite Rothschild.”

Launched three years ago, Olivier Magny’s blog has been a key element in the success of Ô Chateau. Stuff Parisians Like is written in English and offers the wine expert’s witty and ironic take on topics including wedding days, café gourmand (coffee served with a tiny sampler of desserts), sushi, art exhibitions and the word putain (literally whore, but oddly and freely used as an all-purpose expletive). With each theme, he gives specific tips and useful phrases to help readers blend in with Parisians. For example, “If you’re a native Anglophone, first learn about the meaning Parisians may have given to each English word. Surprises may occur.” (e.g. Il est en speed means someone is in a hurry, not that someone is on speed)

Says Magny, “I’ve tried to be as funny as possible in these chronicles, but they can also be quite acerbic on the subject of modern society, and they’ve drawn some criticism from Parisians. But bashing the capital is like a national sport over here, enjoyed even by Parisians themselves.” Last fall, he pieced together his blog entries, in French, in a lovely little book, Dessine-moi un Parisien (Editions 10/18), which became a Christmas hit. The French edition sold 15,000 copies in a month or so, and the collection will be published in English, as Stuff Parisians Like, by Berkeley Books in July. Don’t miss it!