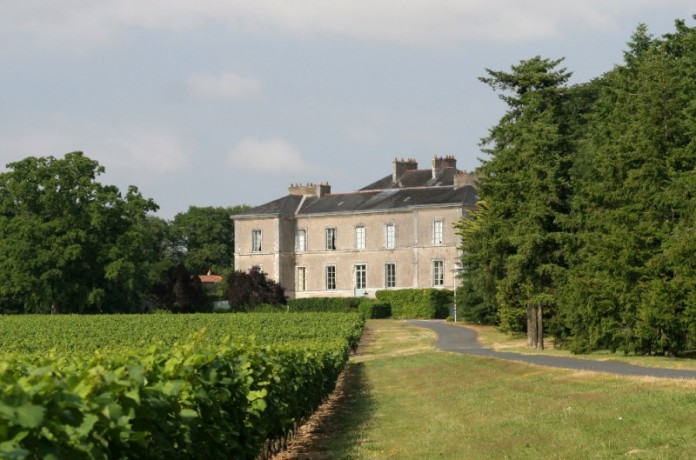 Wines have been produced in the Loire Valley since the 1st century, and at one point the Loire was even more highly regarded than Bordeaux. Today, for power, finesse and long-lived wines, Bordeaux may be king, but look to Loire Valley wines for fresh, fruity, crisp flavor profiles and wines to drink in their youth—although in recent years, more and more Loire wines are being made to last.

At some 630 miles, the Loire is the longest river in France, flowing from its source in the mountains of the Ardèche north and then west to the Atlantic coast at Nantes. The wine region, one of the largest in the country, stretches along the last 250 miles or so of that journey, with many of the best areas found along the river and its tributaries from southeast of Orléans to the Pays Nantais.

The wild river—there are no dams, and no commercial boats ply its waters—contributes to ideal conditions for grapevines in the form of soil types and a temperate climate. The region offers a vast range of choices in white, red and sparkling categories, from the cabernet franc of Chinon and the pinot noir of Sancerre to the delicate whites of muscadet, Vouvray, Sancerre and Pouilly-Fumé. And when it comes to rosé, there is the renowned rosé d’Anjou. Most of the wines are wonderfully low in alcohol—12 to 13%—and affordable without sacrificing quality.

Red wines in Sancerre, southeast of the city of Orléans, have always taken a back seat to the region’s whites, but in the last decade a new wave of much-improved reds using pinot noir has emerged, as winemakers take more time and care with these wines than they once did. Pinot noir, a cool-climate grape that benefits from a marine environment, drinks in water evaporation from the Loire River and soaks up fog that can last until afternoon. Expect earthy, woodsy flavors in these pinot noirs rather than flashy, soft and round wines with intense fruit. Some Sancerre winemakers, such as Florent Pinard of Vincent Pinard & Sons in the village of Bué, say they look to Burgundy as their model—Burgundy’s Côte d’Or is less than 100 miles to the east, and on almost the same latitude. Wines to seek out include Domaine Vincent Pinard Sancerre Rouge; Gérard Boulay Sancerre Chavignol Rouge, in Chavignol (a town also known for its crottin goat cheese); and the Sancerre Rouge from Domaine Michel Girard et Fils in Verdigny

Sancerre’s tart and tasty white wine, made from the sauvignon blanc grape, is a great match for briny oysters and other shellfish, because of its flavors and palate-cleansing acidity. Due to the diversity and complexity of soils in Sancerre territory, the wines are made in a variety of styles, but in general white Sancerre is clean, elegant and minerally. Most are made without oak, and when oak is used, it is seldom intrusive, allowing the pure flavors of the region to shine through. Labels to look for include Hippolyte Reverdy, in Verdigny; Domaine de la Perrière and Pierre Cherrier & Fils, both in the town of Sancerre; and Domaine Serge Laporte in Chavignol.

West of Sancerre, Menetou-Salon and the small areas of Quincy and Reuilly also produce both sauvignon blanc whites and pinot noir reds.

Located on the opposite side of the Loire River from Sancerre, Pouilly-Fumé is the easternmost of the major Loire vineyards. It is also made from the sauvignon blanc grape, but here the wine is more intense, heavier bodied, and has a touch of smokiness, hence the fumé. Try Domaine Masson-Blondelet, whose owners trace their wine-making lineage back to the 16th century, and Domaine Saget, which also owns six other domains in the Loire. Both are located in the town of Pouilly-sur-Loire. (Not to be confused with Pouilly-Fumé, a lighter local wine called Pouilly-sur-Loire is made from the chasselas grape.)

Red wines made from the cabernet franc grape, sometimes blended with a small amount of cabernet sauvignon, define the region around the historic town of Chinon in Touraine. These wines are delightfully dry, medium-bodied with a velvety texture. They go wonderfully with food, and make a particularly excellent match with game and poultry—including Thanksgiving turkey. Chinon can also be aged, sometimes for up to a decade. The wines of Domaine Fabrice Gasnier—whose vineyards at Cravant-les-Côteaux are both organic and biodynamic—are worth seeking out, especially the Les Graves Chinon Rouge and Vieilles Vignes Chinon Rouge. Also interesting to try are the Chinons of Couly-Dutheil.

This wine region, in the Pays Nantais near the Atlantic, has three AOCs—muscadet Sèvre et Maine, muscadet Côteaux de la Loire and muscadet Côtes de Grandieu—and a reputation for producing a light, fresh wine that is perfect with oysters and other delicate seafood. In fact, the coast around Nantes is also home to an AOC-designated oyster, the Belon, and muscadet is said to be its ideal match. But as many of today’s muscadet makers are proving, their wines can be so much more than that. Witness the wines of André-Michel Brégon, an alchemist of a vintner located in the town of Gorges. The extra care he administers to his wines makes them far more complex, multilayered and long-lived than most muscadets. Some Brégon wines can date back 20 years and still taste lively and interesting. Brégon may be a maverick producer but he has a following among younger, up-and-coming winemakers in the region, so tasting your way through this region should be eye-opening.

Check out as well the Expression de Gneiss Muscadet Sèvre et Maine (both organic and biodynamic, and named after its rocky gneiss soil) made by fifth-generation winemaker Guy Bossard at the Domaine de l’Ecu, in the village of Le Landreau; and the muscadets made by the Sauvion family at the Château de Cléray-Sauvion near the town of Vallet.

Sparkling wines are spread throughout the Loire region, among them crémant de Loire, Vouvray, Montlouis-sur-Loire, Saumur Brut, Touraine Mousseux and Anjou Mousseux. All are made by the méthode traditionelle, the same labor-intensive method used for Champagne. The Loire is the second largest sparkling wine producer in France after Champagne. But unlike Champagne, you will want to drink sparkling Loire wines when they are young—not a problem, since they are so delectable. Monmousseau, Bouvet Ladubay, Cave Louis de Grenelle, and Langlois are some of the leading producers.

There are still many more Loire wines to discover, starting with Vouvray, where winemakers make an art of coaxing numerous styles and expressions from the chenin blanc grape—sweet, off-dry, dry and sparkling. All of them have distinct fruitiness, bright acidity and an appealing minerality. For a richer, weightier white wine, Savennières, also made from chenin blanc, is ripe for discovery too. Near the city of Blois, the Cheverny appellation produces varietal blends, both white and red, while white Cour-Cheverny is made from its own grape varietal, the romorantin. And another intriguing red wine appellation is Saumur, around the town of the same name, which produces Saumur-Champigny, one of the Loire Valley’s great cabernet franc wines. Like its long, meandering river, the Loire Valley wine region unfolds with one vinous adventure after another.

Janice Fuhrman is the author of Wine Aficionado; Wine Genius; and Napa Valley: The Land, the Wine, the People. She is a regular contributor to Decanter and Decanter.com and writes the blog Wine with a Twist.