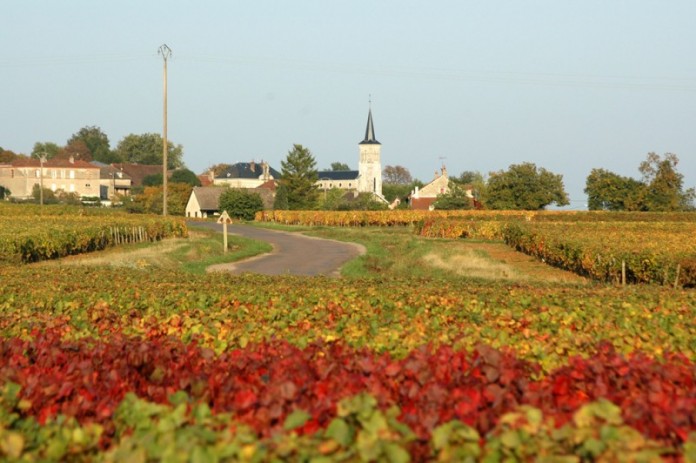 Nowhere else in France does the concept of terroir mean more than it does in Burgundy. Alsatian wine is also based on defined plots of land, but grape varietals take prominence; Bordeaux’s château estates seldom produce more than two wines each, from a mix of two or more varietals; and champagne blends different varietals from different vintages.

Burgundies are made from one single grape for red, pinot noir, and one for white, chardonnay. Medieval monks propelled Burgundian viticulture to greatness, developing a sixth sense for specific soils and climates over centuries of vineyard cultivation. That ultimately led to the region’s current classification pyramid of 33 Grands Crus, some 600 Premiers Crus, and many other village and regional wines. Of Burgundy’s 4,300 domains, 85 percent count fewer than 25 acres of vineyards. Burgundy’s focus on specific wine growing areas known as climats or terroirs -with multiple producers within each-is its often-confusing hallmark.

The famous Clos Vougeot appellation, for example, is named after wine cellars built in 1115 by Cistercian monks from nearby Cîteaux. It covers only 124 acres of vineyards, parcels of which are owned by 80 producers: 80 different wines, 80 different expressions of one vineyard. By comparison, Bordeaux’s Château Margaux, with one owner, has about 217 acres planted with vines, producing just two reds: Château Margaux and Pavillon Rouge. To get the hang of Burgundy it’s critical not only to understand which vintage was good and which appellation did well, but especially which producer made the wine.

Burgundy’s vineyards are divided into five principal areas: Chablis to the north; the Côte d’Or, between Dijon and Chagny; and, extending southward, the small Côte Chalonnaise, the Mâconnais, and finally Beaujolais.

The greatest Burgundies are concentrated along the celebrated Côte d’Or, which itself is divided into the Côte de Nuits, south of Dijon between Fixin and Nuits-Saint-Georges, and the Côte de Beaune, which starts north of the city of Beaune at Pernand-Vergelesses and continues south to Santenay. And it’s in Côte de Beaune that our series on Burgundy wines begins.

The fresh seafood flavors of seared scallops in an orange butter sauce found their echo in a 1998 Chevalier-Montrachet from Bouchard Père & Fils, the host of a recent wine-tasting lunch in Beaune. The 10-year-old Grand Cru, coming from some of the best white-wine-producing soil of the Côte de Beaune, exuded aromas and flavors of citrus, mineral limestone and iodine.

Just one day earlier I had picked up part of the same terroir, in the form of mud on my shoes, along the break in the slope between the vines of Chevalier-Montrachet and Le Montrachet: mixed clay and limestone, rocky, wet and slippery because of cold January rain-terrain formed in the Jurassic period. In his famous book, Terroir, geologist James Wilson recalls how experts often note the stonier tastes in Chevalier-Montrachet wines.

The Côte de Beaune is most famous for its great whites-five Grand Crus-but it also makes very good and sometimes exceptional reds, as I was reminded with the next wine-food pairing at the Bouchard lunch. A Corton 2000 proved particularly elegant, with notes of cherry jam, musk and cinnamon, an appropriate match for a filet mignon of veal roasted in its jus.

Also served with the veal was a well-known Premier Cru from the 1976 vintage, which needed some 30 years to come to life. That hot summer of ’76 blocked ideal grape maturity, with the wine showing a hard, acidic nature in the intervening years, Follin-Arbelet explained. But by now, in early 2009, the Vigne de L’Enfant Jésus had developed creamy, spice-driven flavors. Follin-Arbelet also explained the legend behind the wine’s curious name: in the 17th century, a Carmelite nun working in her convent’s vineyard correctly predicted that Anne of Austria, Louis XIII’s long childless queen, would finally give birth to Louis XIV. The grateful Anne presented the convent with a statuette of the Infant Jesus, and ever since, the vines, now part of the appellation Beaune-Les Grèves, have borne the name Enfant Jésus. Bouchard Père & Fils acquired the vineyard in 1791.

The hill of Corton sits at the northern tip of the Côte de Beaune, at the opposite end from Chevalier-Montrachet. At 1,000 feet, it’s known for winds that dry out excess humidity and help avoid rot. Grouped around the villages of Aloxe-Corton and Pernand-Vergelesses, the Corton area produces both red and white Grand Crus.

In Aloxe, overlooking the Corton vineyards, Philippe Senard of Domaine Comte Senard recounted the region’s delightfully hoary anecdote about the emperor Charlemagne, whose adoration for red wine led to his barbe fleurie -his white beard flowering with red wine stains-and how white grapevines were planted to avoid them. But whether Charlemagne was behind it or not, Corton is famous for both its Grands Crus: the red Corton and white Corton Charlemagne. Senard’s Corton Clos de Meix is a rarity, a Grand Cru monopoly vineyard-Domaine Senard owns the whole five-acre Clos. The 2003 vintage we tasted exuded a leather-like perfume in its robust and deep nature-typical for red Corton wines.

Between Chevalier-Montrachet and Corton there is an almost continuous series of the Premier Cru vineyards that have given the Côte de Beaune its notoriety: Saint-Aubin, Chassagne-Montrachet, Puligny-Montrachet, Pommard, Volnay and Meursault among others. Traveling along the route I stopped for tastings at Château de la Maltroye, Paul Pernot & Fils and Sylvain Langoureau in Saint-Aubin. All three make very good to excellent wines, sold worldwide. Saint-Aubin, notably, is a less costly alternative to the better-known whites of the Côte de Beaune, and Langoureau is one of its best producers.

The advantage in tasting wines from large producers like Bouchard is the possibility of getting an overview of all the major Burgundy appellations under one roof. After tasting a series of 2006 wines at Bouchard, I followed up with 2006 tastings at Joseph Drouhin and Albert Bichot, two other well known Beaune-based producers. My general impression was that the 2006 reds were fine and rather classic, showing good body and structure, but they may lack the depth and precision of great vintages, such as 2005 and 1999.  The 2006 whites proved less homogenously good-some were a bit flabby, others just lovely. I particularly enjoyed Albert Bichot Meursault Premier Cru Les Charmes (smoke, flint, with a layered and nuanced palate), Joseph Drouhin Puligny-Montrachet (a palate with verve and fine mineral aspects), Bouchard’s Meursault Les Perrières (thoroughly pleasing wet stone and lime flavors with a fresh palate and a hint of apricot) and Bouchard’s Chevalier-Montrachet, whose nose and palate exude eau de rose and fleur d’oranger.

The 2007 was a more difficult vintage for the whites of the Côte de Beaune, due to a challenging climate, but it may have more potential. During a tasting at Louis Jadot with winemaking director Jacques Lardière and his daughter Juliette Lardière-Butterfield, we went through scores of wines-including different barrel samples from each-to get a handle on the 2007 vintage. Like the 2007 whites encountered previously at Langoureau, Pernot and Maltroye, they were generally marked by freshness coming from very good acidity but also a richness that makes this vintage potentially excellent.

The 2007 reds at Jadot were charming and sometimes profound, but just occasionally marked by hollowness on the mid-palate. There were also fine reds among the lesser-known Beaune appellations, including Clos des Ursules, the first vineyard bought by Louis Jadot in 1826.

More evidence of the promise held out by the 2007 Beaune whites was found at Domaine Henri Boillot. Based in Meursault, Boillot is the fifth generation of a family of vintners with some 37 acres of Burgundy vineyards. The precision, roundness and crispy acidity of his Bâtard-Montrachet 2007–just bottled after 14 months in cask–remain a great tasting memory.

Panos Kakaviatos discusses Burgundy and other wines on his website.