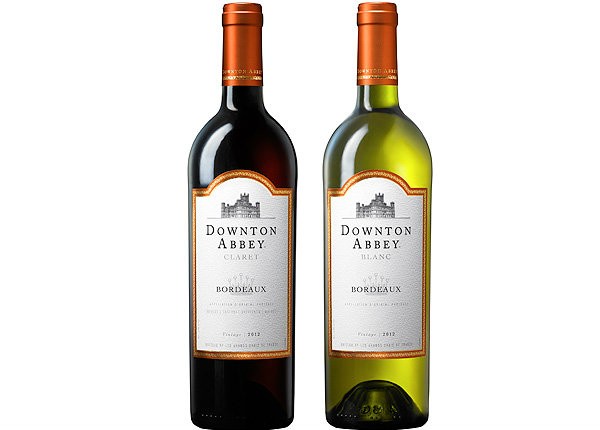 Wine aficionados are talking about the 2009 and 2010 vintages, but there’s another reason tongues are wagging in Bordeaux. A family-owned winery called Grands Vins de Bordeaux, located in the prestigious Entre-Deux-Mers region in Gironde, has debuted the official Downton Abbey Wine Collection. American fans of the hit TV show, the British period drama “Downton Abbey,” are eagerly awaiting the launch of Season 4 in January 2014. And now they’ll have some claret to sip while they watch the next intstallment of the Crawley family’s drama.

Inspired by the TV show, the two blends include a crisp “Blanc” white wine and a medium-bodied “Claret” red wine. In an official statement, co-creator William Zysblat said: “Our collaboration with the Dulong family made perfect sense, as we wanted the same vines, soil and region used to produce the wines from the Downton Era. Having Dulong as our winemaker allows us to create accessible wines that we truly believe the Crawley Family would have been proud to serve at their table.”

The Downton Abbey Wine Collection will be available on November 1, 2013 in the United States, priced at $16.99 per bottle. Availability will expand to  Europe and Australia later in the year.