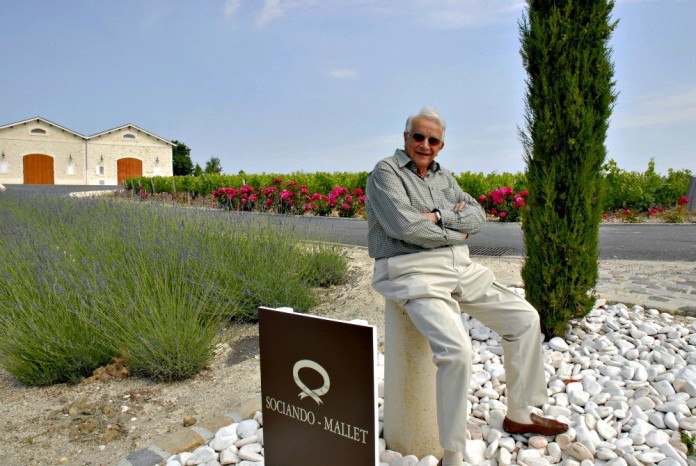 In a tasting of some top Bordeaux wines from the celebrated 2009 vintage in early March this year, I was stunned by the superb quality of the Château Pichon Longueville Comtesse de Lalande, one of the most famous Bordeaux estates from the Pauillac appellation. Its perfumed aromatics, freshness, complexity, subtle depth and elegance made it my first preference, despite stiff competition that included such other renowned fine wines as Léoville Barton and Lynch-Bages.

The only catch is that Pichon Comtesse sells for about $200 a bottle. The others mentioned also cost at least $100 per bottle. It’s small consolation that the Pichon Comtesse price does not reach the absurd heights of the very top of the Bordeaux totem pole: Château Lafite Rothschild is priced at some $1,500 a bottle, for example.

For the rest of us, the happy surprise is that the 2009 vintage in Bordeaux was so good that smart consumers can now find lovely wines for as little as $20 retail. The French adage grande année, petit vin; petite année, grand vin was proven last October in a blind tasting of over 200 wines classified as Bordeaux cru bourgeois, which fall into the $15 to $45 price range. All of these wines come from the Médoc, a vast area stretching some 40 miles northwards from the outskirts of the city of Bordeaux towards the Atlantic Ocean. In the blind tasting for merchants and wine writers organized by Decanter magazine in London, we knew the category of the wines but not the identity of each wine as it was tasted. Some of the very best wines came from the northern part of the Médoc, because 2009 was basically a warm year, and wines from cooler areas—such as the Médoc region of Saint- Estèphe—tended to do very well as they balanced the warm growing season. In fact, the top three wines from that tasting were all Saint-Estèphes: Château La Haye (about $30 retail) in first place, Château Clauzet ($20 retail) in second and Château Haut-Marbuzet ($45) third.

The Médoc region has been famous for centuries, and has always commanded the highest prices. Perhaps in response to financial hardship during the Great Depression, a classification of the lower-priced crus bourgeois of the Médoc was drawn up by the Bordeaux Chamber of Commerce and Chamber of Agriculture in 1932, naming 444 properties, but that local classification was never officially ratified by the national Ministry of Agriculture.

The most famous, and perhaps very best, of all wines that might be considered in the cru bourgeois category is Château Sociando-Mallet. Certainly on the higher end of the price range (the 2009 is about $45), this northern Médoc estate often outperforms wines from the more prestigious cru classé group. The 2009 is no exception, exuding fresh dark fruit and depth on the palate, with plenty of long-term aging potential.

The history and specifics of the term cru bourgeois matter, but all the average consumer needs to know is that, for 2009, many of these wines—whether officially in the Alliance or not—are darn good. And because most of us are not experts, I organized a tasting for wine-loving friends (some with superlative experience) in Strasbourg, my base in France, to test the cru bourgeois category. Participants were from all over Europe—Finland, the UK, Georgia, France and Germany. The Alliance des Crus Bourgeois generously donated the wines for this tasting.

Although not all of the dozen wines we tasted were impressive, most were, especially after the revelation that they were also not too expensive. They included lesser-known estates such as Château L’Argenteyre (Médoc) and Château Caronne Sainte Gemme (Haut- Médoc) and a few more widely available in the US, such as Château Magnol (Haut-Médoc) and Château Greysac (Médoc). The top two wines came from the northern Médoc: a lesser-known Pauillac, Château Haut-Bages Monpelou, was first, followed by Château Le Crock, a fine Saint-Estèphe.

The warm weather of 2009 resulted in very high alcohol levels in Bordeaux— sometimes too high. Bordeaux wines are mainly blends of cabernet sauvignon and merlot. Because the 2009 merlots tended to be very high in natural alcohol—up to as much as 15.5%—cabernet was needed to bring balance to the mix. The Médoc region is driven by cabernet sauvignon, so in 2009 these wines tended to be more streamlined and balanced than the merlot-driven wines of Saint-Emilion for example. In this vintage, part of the success of the Médoc in general, from a modest estate like Château Le Crock all the way up to the absurdly expensive Lafite, can be explained by the cabernet sauvignon grape. In fact, some of the Médoc’s best estates, such as Château Grand-Puy-Lacoste and my own favorite Château Pichon Longueville Comtesse de Lalande, blended their highest proportions of cabernet sauvignon ever.

In its own class: Château Sociando-Mallet (Haut-Médoc)

Originally pulished in the April 2012 issue of France Today