Home Food & Drink The Cuisine of the Middle Ages 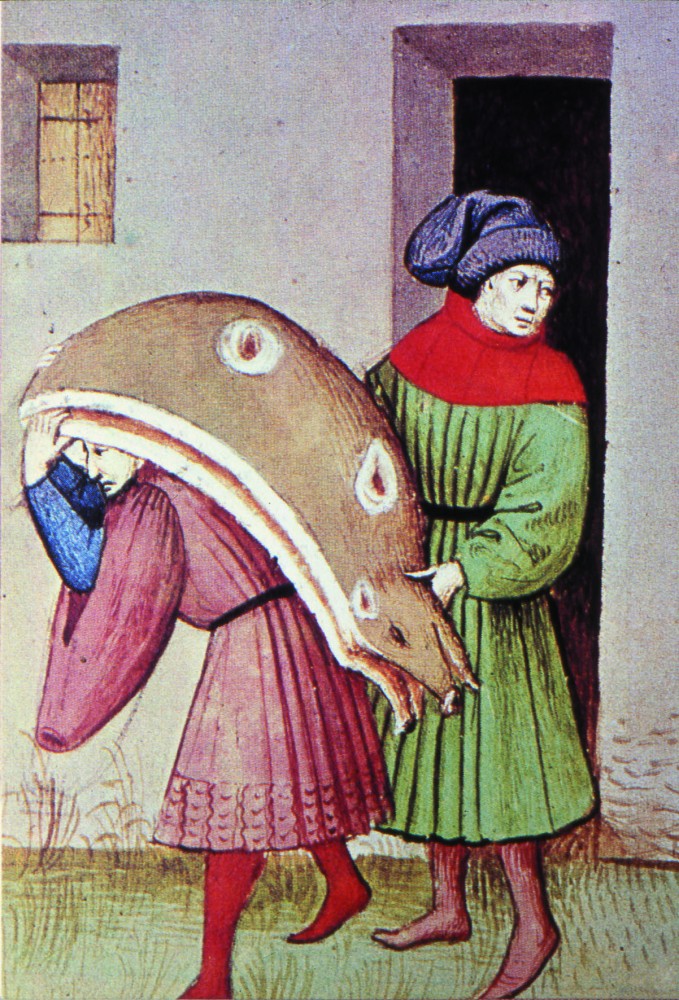 Fittingly showcased in the 15th-century Tour Jean Sans Peur, La Cuisine au Moyen Age exhibits manuscript illustrations that offer a rare and fascinating look at the food of medieval Europe. The exhibit examines the medieval kitchen, from the simplest hearth corner in a cottage to the nobleman’s spacious cuisine and includes the different positions involved in the food trade, from the lofty maître queux (head cook) to the lowliest souffleur (the worker who maintained the cooking fires).

Also documented: seasonal ingredients, including some of the herbs, flowers and spices used in cooking; suppliers; cooking methods; budgets (practically unlimited for the kitchens of the court); the medieval concern about balancing the body’s four humors; and religious obligations—Christians abstained from meat for about a third of the year. The transmission of recipes, at first oral, changed to handwritten and gradually to printed cookbooks during this period—the first culinary treatises appeared in western Europe in the 13th century. A final section explains the presentation of dishes at lordly tables, where cooked birds often appeared redecorated with their plumage, displayed on dishes hand-painted with the nobleman’s coat of arms.

The exhibit is a fine excuse to visit the Tour Jean Sans Peur, a rare vestige of medieval Paris. Built by John the Fearless in 1409 for his own protection, following the assassination—on his orders—of the Duke of Orléans, the tower was once part of the palace of the Dukes of Burgundy and abutted the perimeter wall built by Philippe Auguste. It has preserved its marvelous spiral staircase, whose vaulted roof is a masterpiece of French sculpture.