The region’s best restaurants and hotels, plus some hidden gems, such as the bubbles in which you can sleep beneath the stars

A beautiful old watermill in Montbron, Charente, with highly-rated cuisine, stylish interior and lovely outdoor dining on the terrace. Expensive à la carte but a two-course lunch is only €19. www.moulindelatardoire.fr

Michelin-starred chef Fabien Beaufour is the man behind the wonderful new restaurant Dyades at the Domaine des Étangs hotel and spa in Massignac. Here the emphasis is on the freshest and most local ingredients. www.domainedesetangs.com

Highly rated by locals, this restaurant in the old coach house of a fine château north of Angoulême offers near-Michelin gourmet French cuisine in a characterful setting. www.grange-aux-oies.com

This restaurant in La Rochelle has been given the honour ‘Grande Table du Monde’ since 2013. Christopher Coutanceau was also among the prize winners of the Bottin Gourmand in 2014 and has two Michelin stars. www.coutanceaularochelle.com

This eatery in Breuillet has had a Michelin star since 2010. Xavier Taffart was a Young French Talent winner in Gault Millau in 2009, only five years after opening the restaurant with his wife, Aurélie. Xavier completely redesigned the restaurant in 2013; it now has three discrete rooms. www.laquarelle.net

Here is where Meilleur Ouvrier de France 2007, Johan Leclerre, has his restaurant. The son of a local fisherman, he learnt his trade in the very best establishments with the very best chefs before returning home to La Rochelle. www.lasuite.com

Diners here wonder why it hasn’t received a Michelin star. The French eat here again and again. A warm welcome and fabulous food makes it the best choice in Cognac. www.pigeons-blancs.com

Try this gourmet barge in Saintes for something different. Opened in spring 2016 on the Charente river, it was built in the style of the 1900s. The cosy atmosphere makes the brasserie-style fresh food a delight to sample. www.lebatia.fr

This romantic and charming family-run manor house hotel is just a few steps back from the harbour in Saint-Martin- de-Ré. There’s no pool, but great service, classical furnishings and a relaxed atmosphere. www.hotel-labaronnie.com

A grand 19th-century country house perched above the Charente river, about 15 minutes from the centre of Cognac. There’s a fine dining restaurant and comfortable, air-conditioned, luxury rooms. www.chateauxhotels.co.uk/l-yeuse-2082

A 19th-century manor house in a peaceful setting surrounded by a lake and set in an 80-hectare estate in Dirac near Angoulême. It has ten stylishly decorated rooms with many overlooking the lake. A true haven of tranquillity. www.domaineduchatelard.com

Super stylish yet relaxed, Le Logis du Paradis offers a B&B and cottages in the beautiful countryside near Cognac. A swimming pool, games room and park make for a relaxing family break. You can have evening meals by request. www.logisduparadis.com

Transparent, tent-like bubbles are set throughout the countryside and allow families or couples to spend a real ‘night under the stars’. Have sweet dreams getting back to nature at the same time. www.nuitee-insolite.com

Reopened in 2016 with 18 new rooms in the Renaissance style. Chef Maxime Deschamps (one Michelin star) has returned to run the restaurant. There is now a new spa, too, with sauna, steam room, jacuzzi and indoor swimming pool. www.chateauxmirambeau.com/fr

The charming village of Ars-en-Ré is the ideal setting for this newly relaunched thalasso hotel/centre. Try a sea magnesium-day package at the Thalacap, the ‘Atlantic’, which includes exfoliation with Atlantic sea salts and then sculpting under a pine oil shower or pine essence bath. www.cote-thalasso.fr

Stay in your very own château near La Rochelle. It can sleep 12-14 people and comes with a heated pool, large grounds and characterful furnishings. www.oliverstravels.com/france/ vendee-charente/chateau-cypres 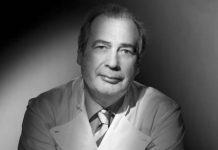 An Homage to Chef Marc Meneau

2020 Campsites and Holiday Parks in France