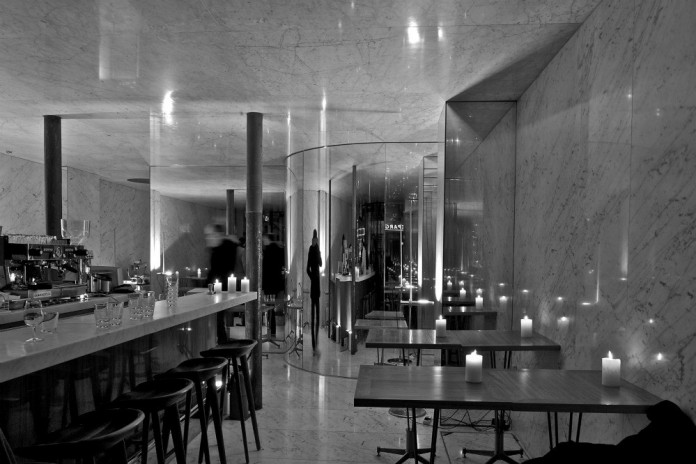 When Englishman Mark Williamson opened Willi’s Wine Bar behind the Palais Royal in October 1980, he could hardly have guessed that he was the forerunner of a great new Paris institution, the modern French wine bar.

To be sure, France, the country with the world’s most gloriously distinguished viniferous vocation, has always had thousands of places to pop in the door for a quick pour. But Williamson’s carefully curated list of wines by the glass and his short but excellent menu of stylish, casual dishes—like artichokes with marinated onions and foie gras, or guinea hen with girolles—offered vinophiles a new formula for prandial pleasure. When Williamson and Tim Johnston, a gregarious Scotsman who had become a partner at Willi’s, opened Juveniles around the corner, with a similar dedication to great single pours and delicious casual dining, the modern wine bar gained momentum.

Thirty years later, Paris wine bars are not only thriving, but new ones are opening regularly all over the city, since the wine bar format has become the preferred vehicle for many young chefs looking to go out on their own. The current wine bar boom in Paris has been spurred by their huge popularity with Parisians, who love the relaxed convivial atmosphere, relatively affordable market-driven menus and wine lists that often focus on organic and naturel (unsulfured) wines.

The menu format at most wine bars is a good showcase for the creativity of ambitious and inventive young chefs, too, because they’re short and can be changed often to take advantage of the best seasonal produce, which is frequently organic. “Opening a wine bar was a great way for me to grow,” says chef Gregory Marchand, who opened Frenchie Wine Bar just across from his hit bistrot Frenchie last June.  “Not only am I glad that more people can sample my cooking, but this wine bar is like a laboratory for finding really interesting food and wine pairings. Wine bars are also a lot of fun.”

The wine bar offers a chance to sample Marchand’s much lauded contemporary French cooking without the steeplechase of landing a reservation—it’s first-come-first-served, no reservations possible. Diners sit on high stools at the bar, or at one of the few small tables, and choose from a menu of terrific small plates of charcuterie and cheeses, plus dishes like a superb homemade pistachio-studded terrine de campagne and smoked Banka trout from the Basque Country with cucumber curls, pickled onions, fresh herbs and a flower or two. Sommeliers Laura Vidal and Aurélien Massé oversee a terrific wine list, too, which not only teams perfectly with Marchand’s cooking, but also includes many lesser known French and foreign wines.

In a similar vein, chef Inaki Aïzpitarte and maître d’hôtel Fred Péneau opened Le Dauphin, a wine-bar annex next door to their always-packed Le Chateaubriand in January. Designed by architects Rem Koolhaas and Clément Blanchet, it’s cool and compact, with a U-shaped central bar and floors and walls clad in Carrara marble. Currently one of the trendiest addresses in Paris, it’s also an excellent wine bar with an original wine list and a regularly changing small-plates menu that offers cameos of Aïzpitarte’s restless culinary imagination. Two intriguing examples recently tasted: a delicious composition of snails and cabbage in a Spanish ham jus, and a sublime buttermilk-and-olive-oil ice cream for dessert.

Some of the new wine bars are wonderfully idiosyncratic, too, including Vivant, the new address of Pierre Jancou, who was the original owner of the still excellent wine bar Racines in the Passage des Panoramas. “I love places with history, places that are unique,” says Jancou, who scoured Paris before finding a small shop in the 10th arrondissement that once sold birds, and left its aviary souvenir in magnificent Art Nouveau tile murals that Jancou has painstakingly restored. He is just as passionate about his list of organic and naturel wines and his menu, offering dishes such as foie gras with artichoke salad or grilled poularde (a young hen spayed for fattening) with baby vegetables from the well-known organic farm of Annie Bertin in Brittany.

In the 20th arrondissement near the delightful Parc des Buttes Chaumont, the puckishly named Que du Bon (Nothing But Good), demonstrates the other role that the new wine bars are playing in Paris life. As cafés continue to close and old-fashioned bistrots become scarcer, wine bars like Que du Bon are filling the gap as new neighborhood bastions of good eating and easygoing conviviality. Owner Gilles Bénard describes his list of some 200 different naturel and organic wines with enthusiasm and charm, and his son Léo cooks up delicious market dishes like Norman scallops with lemon butter and celeriac purée, and beef cheeks braised in red wine.

There’s the same kind of “a-good-time-was-had-by-all” spirit at Les Papilles, which has become a much-loved institution in the Latin Quarter. Affable patron Bertrand Bluy displays his terrific selection of wines on open shelving, where customers can browse and choose, and the kitchen prepares a single menu daily—on a recent visit it was pumpkin soup garnished with tiny croutons, lardoons, chives and shavings of raw chestnut, followed by roast pork with white beans, sun-dried tomatoes, garlic, thyme and pistou sauce, with pannacotta and Reine Claude plums for dessert. At lunch, you can also just stop by for a lighter bite and a glass of wine after a nice stroll in the nearby Jardin du Luxembourg.

Perhaps my favorite wine bar in Paris these days is the dauntingly popular Le Verre Volé, tucked away on a side street near the charming Canal Saint Martin in the 10th arrondissement. Since the small dining room was expanded last year it’s a little easier to get a table, and one way or another it’s more than worth the effort, since this place attracts a great crowd, pours terrific wines and has a talented chef, Delphine Zampetti, who has a real affinity for comfort food.

Among the dishes I’ve delighted in on recent visits were a superb lamb-and-fig terrine; a salad of sliced oranges, flaked salt cod, croutons and black olives; Thai style green papaya and beef salad; finely sliced veal carpaccio with shavings of mimolette cheese—all starters—and main courses including roasted duck breast with baby turnips and grilled saucisse de Toulouse with potato purée and a side salad of mixed baby organic greens and herbs. There’s also an outstanding selection of well-aged cheeses (look for the Abbaye de Cîteaux from Burgundy), and home-style desserts like apple-and-pear crumble are perfect with a last few sips of wine. All told, the Verre Volé (Stolen Glass) is a real corker, but the good news in Paris these days is that there doesn’t seem to be a single arrondissement in the city that doesn’t have at least a couple of grand cru wine bars where the food is as good as the nectar in the bottles.

Prices are approximate, per person.

Originally published in the November 2011 issue of France Today