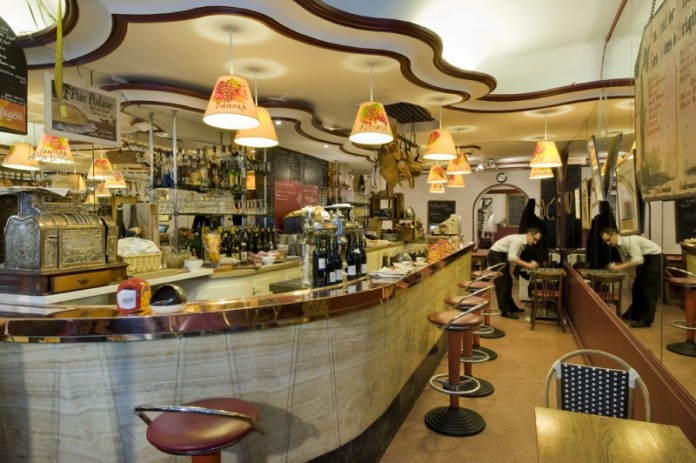 On a dark and stormy night, I found myself happily chatting with Stéphane Delleré, one of the best restaurateurs in Paris, at La Cave Beauvau, the 1950s vintage vest-pocket bistrot across the street from the Elysée Palace that he took over a few months ago. I’ve known Delleré for years—he was previously at Le Gavroche and Le Duc de Richelieu, both Paris staples—and I never cease to be moved by the passion and sincerity with which he practices his métier, which he modestly sums up as “making people happy”. Judging by the crowd around me, an off-beat mix of government bureaucrats, antique dealers and hotel employees, Delleré is clearly succeeding in his mission—the long narrow restaurant, with a copper-clad bar up front and a cozy dining room in back, had an almost palpable aura of Gallic good times. By the time we finished dinner, the reason why was apparent too. Delleré serves up simple, authentic bistrot food made with the best products according to the highest standards. I’m still thinking about his superb homemade terrine de campagne, onglet beefsteak with shallots, perfectly ripened cheeses and grandmotherly desserts including crème caramel and baba au rhum, both perfect. “As real bistrots become rarer, it’s no surprise they become more popular,” Delleré said, and he’s right.

Originally published in the January 2010 issue of France Today