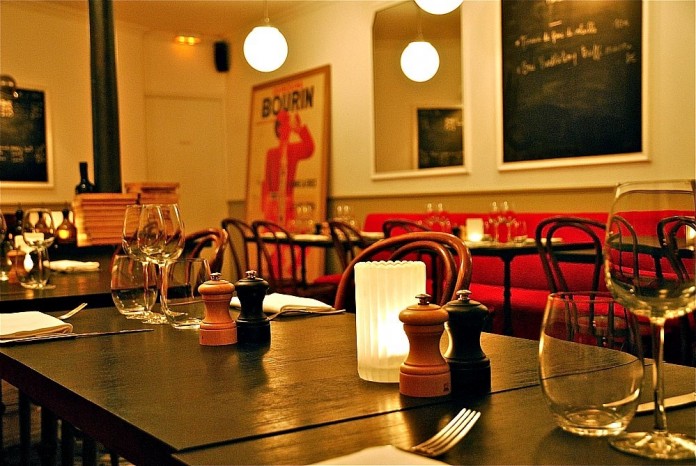 The really hot table in the swanky 7th arrondissement these days is the not entirely aptly named L’Affable—the owner’s not very friendly, but the charming waitresses more than make up for it—which fills the space formerly occupied by L’Oeillade, one of the most popular of the first generation of modern Paris bistrots. Chef Jean-François Pantaleon, ex-Apicius, brings the original modern bistrot register up to date by bursting out of France every once in a while. His Argentine beef with lime vinaigrette accompanied by slivered snow peas, bean sprouts and crushed peanuts was a terrific main course, typical of his cosmopolitan reflexes. He also acknowledges that Parisians are increasingly interested in healthy gastronomy too, as seen in a superb starter of coddled eggs with baked salmon in a light citrus foam.

Originally published in the March 2012 issue of France Today