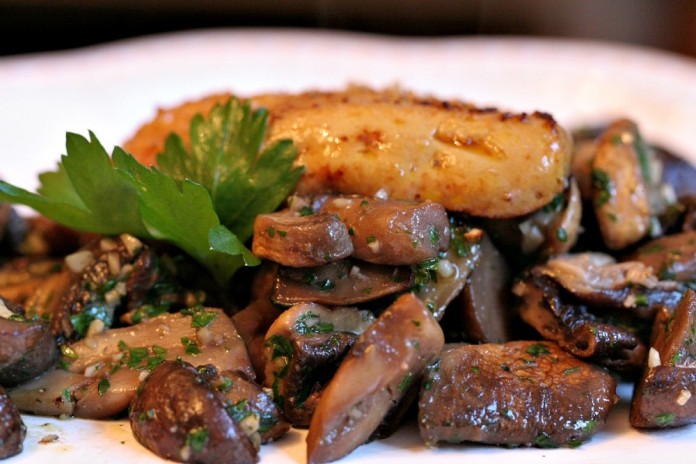 It’s almost holiday time, and we French cooks are in full preparation. We’re rubbing fuzz from the skins of quince, getting ready to make jelly and paste; we are ordering our turkeys, and we are anticipating the shellfish that will adorn our seafood platters for Christmas Eve supper.

On top of this, we’re all in the thick of deciding just how we’ll prepare our foie gras. Christmas in France wouldn’t be Christmas without it.

Before I pursue any discussion of foie gras, though, I want to clarify what it really is.

Foie gras literally translated means “fat liver”. The Egyptians were the first to discover it in geese that had stuffed themselves on wild grains, stocking up before taking to the skies on their annual migration. Having sampled the liver from these birds, the Egyptians found it exquisite, and set about producing it themselves by copying the birds’ own behavior, and force-feeding them.

Production of foie gras passed from the Egyptians to the Greeks, then the Romans. It was always a luxury; the Romans took it to an extreme by feeding their birds a diet of figs, which they felt produced the best and most silken liver.

The Romans brought foie gras production to France, where it flourished in the southwest and in Alsace, regions where the goose was already a major food source. Once corn was introduced to France in the 1700s, the production of foie gras became more common. Corn encourages growth and fat; it didn’t take long for the French farmer to realize that cooked corn fed to geese and ducks would produce foie gras in a matter of weeks.

Fast-forward to more recent times. The southwest became synonymous with foie gras. Alsace continued to produce it too, but what stuck in most people’s minds and hearts, when it came to foie gras, was the hearty cuisine of the southwest. There it was roasted over a wood fire; or slow-cooked, then chilled into pâté; or wrapped in a spiced blend of duck and pork meat, baked, then served as an appetizer. It was even eaten raw, seasoned with salt and pepper and spread on freshly toasted bread.

The meat from the fattened birds was gorgeous, too. Drumsticks and thighs were slowly cooked in goose fat seasoned with herbs and called confit. The breasts, ruby red and swaddled by a layer of fat under the skin, were roasted over the fire, or seared over a flame. Called magret, the breast meat rivals foie gras in elegance.

It was in the southwest, in the early 1980s, that I first came in contact with foie gras and everything that touched it.

I’ll never forget driving up to a small farm in the dead of winter, deep in the heart of the Dordogne. My fiancé was working on the farm; I was a weekend visitor from Paris. We walked into the kitchen, aglow from a fire in the fireplace, and there on the table was my supper—a symphony of farm products, from foie gras to goose pâté, to a big plate of confit d’oie.

I sat down to this most unforgettable of midnight snacks, and the next morning went on a whirlwind tour to learn how it had all been produced. It was then I learned that geese, raised outdoors in field and prairie, were shepherded into an airy barn for their last three weeks of life. There, three times a day they were fed a mixture of corn cooked in goose fat. This rich diet, combined with confinement, filled the birds with fat, from liver to wing.

Foie gras was the most important part of the production. The livers, consisting of two lobes and weighing up to two pounds, were carefully cleaned, seasoned with salt, pepper and a touch of local prune eau-de-vie, then packed into ceramic terrines. Placed in a low oven, they were baked just long enough to warm and season them, an hour or so. Great care was taken with these fattened goose livers, which resembled butter more than meat, as too much cooking would have melted them entirely, leaving nothing but a pool of golden fat in the terrine.

I reveled in everything that came from these precious, coddled and cared-for geese. I read up on foie gras production, becoming familiar with the evocative Egyptian and Roman legends. But the legend I loved the best was the one I listened to near the crackling fire in the Dordogne, as the farmer’s wife told me her story.

She had left her childhood farm to join another, as wife and worker. As is still the case on many farms, she wasn’t paid, and had no money of her own. She wanted to buy an electric iron and a washing machine to ease her load, but couldn’t get her in-laws to agree. A bright, entrepreneurial person, she turned to what she knew in the farmyard.

There, she force-fed her two geese to produce foie gras, which she sold along with their meat. With the money she earned from those first two birds she bought more; her work was good, her wares fine and delicate. One thing led to another and soon she not only had her iron and her washing machine, but a foie gras cottage industry that led to a restaurant on the farm. Today both still thrive, now supervised by her son and his family.

My friends still produce foie gras from geese, as do their compatriots in the southwest, and in Alsace. But today, nearly every region in France produces foie gras and 98 percent (19,500 tons) comes from ducks, while just 479 tons come from geese.

There is a reason for this. The duck is heartier than the goose, which is temperamental, fragile, and requires enormous supervision. I remember nights on the farm in the Dordogne when someone had to sleep in the barn with the goslings to make sure the heater stayed at the right temperature; that would hardly be necessary for ducklings.

There are three foie gras producers within six miles of my house in Normandy. I have my favorite among them. For the holidays I’ll purchase raw foie gras from him and “cook” some in coarse sea salt; I’ll slip some into fire-roasted potatoes; I’ll sauté some and serve it atop mushrooms seared with sage and garlic.

For Christmas Eve, though, I’ll serve a chilled pâté de foie gras from the farm I know so well. It will satisfy on every level as the memories spice each slice that lands so softly on our palates.

For the same superb goose foie gras that I will serve to my friends and family for Christmas, or for a wonderful meal on the farm in Dordogne, please contact: Ferme de Peyrenègre, Ladornac. 05.53.51.04.24. www.foiegras-dubois.com

No matter how you prepare foie gras, serve it with a just-chilled white Burgundy. I wish you the happiest of holidays!

1. Place 2 tbsp oil in a heavy-bottomed skillet over medium heat. When the oil is hot but not smoking, add mushrooms and stir until they are coated with oil. Sprinkle with a generous pinch of salt and toss them in the pan. Cook until they give up their liquid, about 3 minutes.

2. While mushrooms are cooking, mince garlic and sage together. In a small bowl combine them with 1 tbsp goose or duck fat, or oil.

3. Add garlic and sage mixture to mushrooms, toss and continue cooking until mushrooms are tender through, 5 minutes. Stir in bread cubes, taste for seasoning, and divide the mushrooms among four warmed dinner plates.

4. While mushrooms are cooking, heat a small, heavy skillet over medium heat. When the skillet is very hot, add the foie gras slices, which will immediately begin to melt. Cook them on one side until they are golden, 1 to 2 minutes. Season with fleur de sel and pepper, flip or turn them, and cook one additional minute.

5. Transfer one piece of foie gras to the top of each serving of mushrooms. Season each plate with a bit of salt and pepper, and serve immediately. 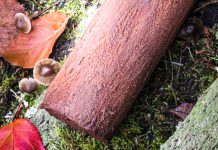