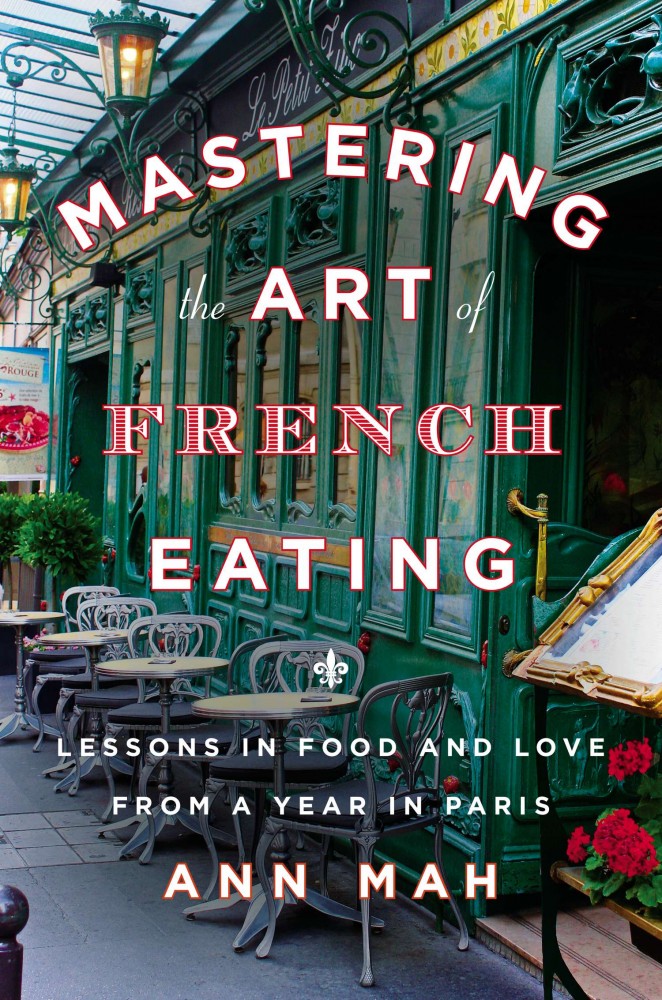 [Editor’s note: American journalist Ann Mah had always dreamed of living in France, and when her diplomat husband scores a stint at the embassy in Paris, she began plotting the culinary adventures they would share à deux. Atlas in hand, she maps a road trip to uncover the culinary secrets of the country’s different regions. But when her husband is called away on a solitary, one-year mission to Iraq, the expat life in Paris takes on a decidedly different tone. Navigating the City of Light toute seule, Ann takes inspiration from another diplomatic wife, Julia Child, and strikes out to find her voice. Her tattered copy of Child’s Mastering the Art of French Cooking becomes her road map; the book’s recipes– from boeuf Bourguignon to cassoulet— provide an itinerary for her adventure, crisscrossing the hexagon to uncover France’s rich culinary heritage. This excerpt from Mastering the Art of French Eating: Lessons from Food and Love from a Year in Paris takes a look at France’s beloved staple, bread, on a visit to a legendary Parisian boulangerie.]

One morning I took a tour of Poîlane’s kitchen, climbing down a narrow staircase into a brick-walled basement room so small I would have mistaken it for a storeroom but for the cavernous woodburning oven dominating the back. A skinny young man clad in a white T-shirt and long white shorts toiled away in the blazing heat. His name was Jean-Michel, and he was one of five master bakers who worked here in six-hour shifts around the clock, a continuous cycle of dough-to-bread punctuated by the regular stoking and feeding of the wood oven, which burned twenty-four hours a day. (The oven dated to the 17th century when the Couvent des Prémontrés occupied the site or perhaps even earlier). Like many religious buildings, the convent was destroyed during the French Revolution, but the oven endured, housing one boulangerie after another until Pierre Poîlane discovered it. He opened his bakery here in 1932, bucking the trend of white-flour baguettes to produce oversize round loaves made of wheat flour, water, sea salt, and sourdough starter, the same recipe still used today. In the 1970s his son, Lionel, joined the bakery, expanding it to three shops in Paris, one in London, and a factory in Bièvres. When Lionel and his wife died in a helicopter accident in 2002, their daughter, Apollonia, succeeded them, the third generation to run the business.

In Poîlane’s basement kitchen, the heat caused little rivulets of sweat to run down the nape of my neck, soaking my hair and making me want to pant. But it didn’t seem to affect Jean-Michel. He worked in a blur of constant motion, whirling around with practiced efficiency and always, always returning to the oven, the nexus of his activity. I edged as close as I dared, peering through the ferocious orange light to glimpse the loaves of bread baking within the domed space. The oven had been rebuilt several times over the centuries, but in shape and principle it remained the same as the original– similar even to ovens from ancient Egypt or Mesopotamia– a large beehive chamber, heated from below. Jean-Michel tended his loaves with a long-handled paddle, turning and manipulating them so that they browned evenly within the radiating heat. People had been baking bread this way for centuries, a task so central to French culture that many villages still preserved a communal oven. Jean-Michel thrust his paddle into the oven, gave a quick jerk, and then another, and whisked two loaves out of the heat, each dark, golden, and crackling a little. It was all so beautiful– the fresh loaves of bread, Jean-Michel’s balletic strength, the history flowing through the space– that I almost applauded. Later we went upstairs and ate sugar cookies and slices of raisin bread. Sometimes, I thought, living in Paris was like living in a museum- beautiful and poignant and untouched by time.

From Mastering the Art of French Eating: Lessons in Food and Love from a Year in Paris by Ann Mah. Reprinted by arrangement with Pamela Dorman Books/Viking, a member of Penguin Group (USA) LLC, A Penguin Random House Company. Copyright © Ann Mah, 2013. 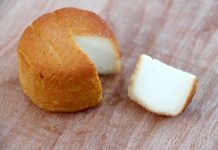