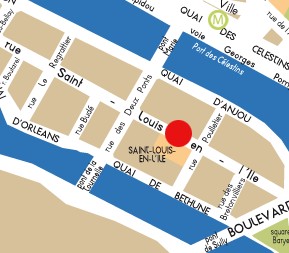 Smartly dressed couples on their constitutional, young mothers pushing strollers, tourists with baseball caps and cameras, all converge into this one doorway as if answering to an inaudible siren call. The paneled interior and old fashioned counter add to the charm of the multicolored ice cream containers on display behind the glass visor. There’s usually a crowd, and you’ll have to wait for your turn, but you will be rewarded in spades. Childlike wonder revisited.

The story starts in 1954. Madame Berthillon’s son-in-law, Raymond, started making ice cream in the little bistro she owned in upscale Isle St. Louis. At first his clientele was limited to school children but it consistently grew to include their affluent and discerning parents. Raymond used only the best ingredients, sourced fresh from the market, which somewhat concerned his wife as he spared no expense, but she was reassured in the sale figures that were conservative but sustainable. Then in 1960 came the real breakthrough. An article in a Gault et Milhaud travel guide commended the little ice cream parlour “hiding” inside the bistro and Raymond’s venture went from strength to strength.

Today Berthillon is a Parisian ritual as popular in winter as it is in summer. The company is now owned and operated by the second generation of the family and sells ice cream both retail, in the very same store where they opened, and also in bulk to supply resellers and restaurants. Although they have expanded in volume they have never compromised in quality. As they proudly indicate on the menu they use only fresh cream, milk and eggs, no chemicals, and source the best ingredients for flavoring (real vanilla from a pod , real cocoa butter). The choices of their winter specials reflect their original approach. Beyond the traditional flavors the list includes Earl Grey tea, chocolate tangerine, lemon coriander, ginger caramel and lavender. Just as popular are their sorbets, from the signature wild berry flavor to lemon thyme, mirabelle and raspberry à la rose. More than fifty varieties rotate on the menu throughout the year.

You can also take your ice cream home and choose one of their special desserts to share. The ice cream bombe serves eight and comes in a deceptively simple presentation that belies the exquisite care in the combination of flavors and textures like La Royale, for example, a cannon ball of marron glacé ice cream with a smooth coffee parfait interior. If you prefer to sit down and observe the parade, the Salon de Thé nextdoor on 29 rue saint Louis has a restful atmosphere, a step back in time where you can enjoy your ice cream with a cup of coffee or tea and a pastry, or scooped on a slab of pain perdu (the original French Toast). 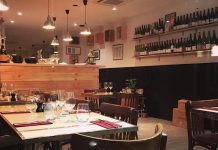 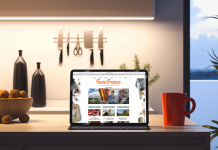