Home Travel Paris Theatre in Paris: Around the World in 80 Days 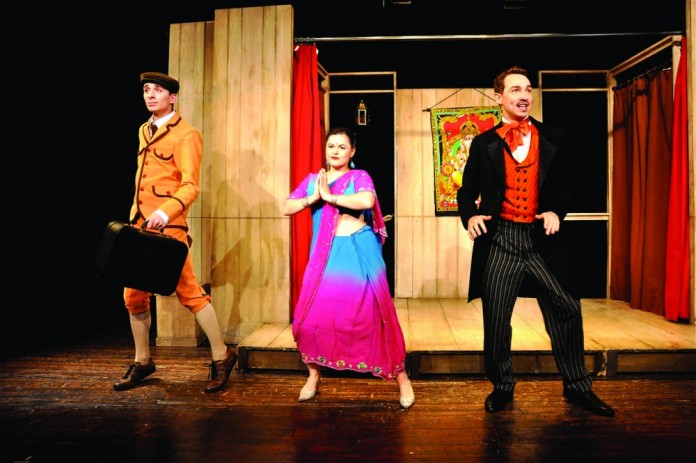 This exuberant, hilarious stage adaptation of Jules Verne’s epic, globe-straddling adventure story, Around the World in 80 Days, is now accessible to English-speakers, thanks to Theatre in Paris. Although Sébastien Azzopardi and Sacha Danino’s play – which is now in its ninth season – is still performed en Français, the provision of English surtitles, a specially-tailored programme and a dedicated host mean that you won’t miss even a soupçon of Phileas Fogg and Passepartout’s journey.

One of this production’s greatest joys is witnessing a talented troupe of five actors slipping in and out of accents and costumes, playing a whopping 39 characters between them, all with with impeccable comedic timing. The set isn’t elaborate, but there’s plenty to inspire your imagination and certainly no shortage of real laughs, so go along and enjoy the ride!