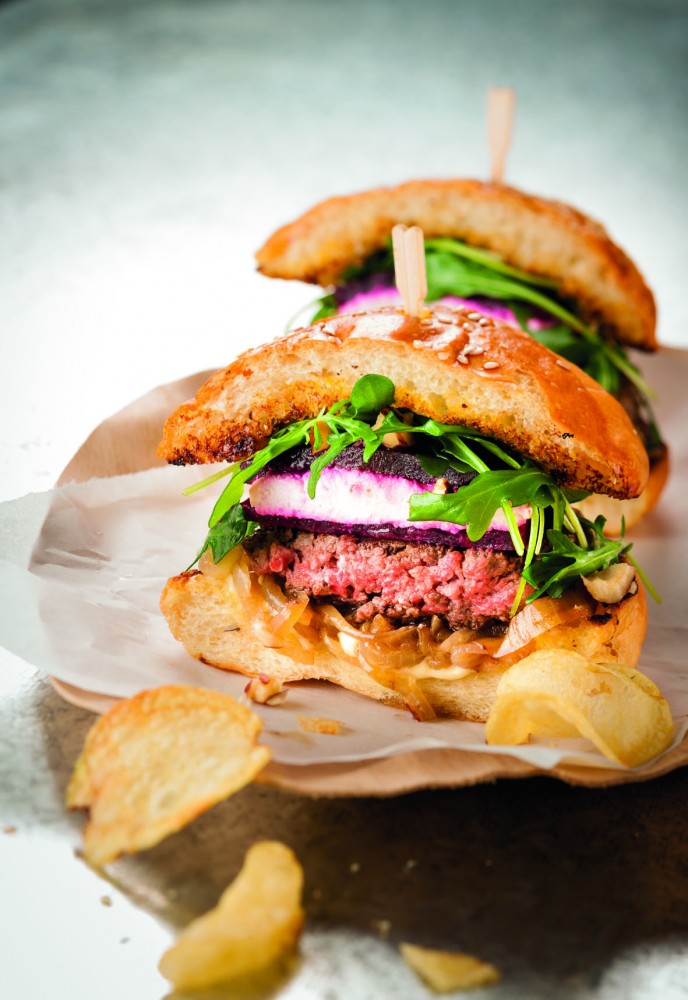 Long before tennis star Serena Williams and actress Scarlett Johanssen purchased Parisian pied-à-terres, and even before Ernest Hemingway and F. Scott Fitzgerald painted the town red, Paris has lured foreigners who project dreams – some noble, others banal – upon the metropolis by the Seine. Mythologised in literature, music, and film, the city looms large in the popular imagination. Undeniably, Paris’s cinematic ambiance casts a spell – the rain-swept streets (à la Woody Allen), the sidewalk cafés, the pearly white light reflecting on the Haussmanian facades. In fact, the city has been so idealised that some visitors, notably the Japanese, fall victim to the ‘Paris Syndrome’, a real affliction that’s experienced when the reality falls short of their expectations.

Beyond the tourists – Paris is the world’s most popular city for travellers – there’s been a long tradition of expatriates who set down Parisian roots. Historian David McCullough’s popular book, The Greater Journey (2011), focuses on the waves of American émigrés who flocked to Paris as early as the 1830s. He wrote that “They spoke of it then as the dream of a lifetime”, and the experience of Paris was essential to achieving their ambitions in life and work. For artists like John Singer Sargent, doctors such as Elizabeth Blackwell, and writers including James Fenimore Cooper, Paris provided endless inspiration. “Good Americans when they die go to Paris,” as Oliver Wendell Holmes famously quipped.

Today’s expats aren’t just nibbling at the ‘moveable feast’ that is Paris. A handful are passionate entrepreneurs who are actually importing a certain savoir-faire to the city, most noticeably on the food scene. By challenging old traditions, this new generation is altering the urban landscape and, in turn, inspiring Parisians to launch their own innovative ventures. These pioneering expat tastemakers hail from all four corners of the globe.

Take the food truck, for instance – when California native Kristin Frederick first launched Le Camion qui Fume (‘The Smoking Truck’) in 2011, Parisian sceptics derided the concept as a fleeting trend. “Just before we opened, everyone told me it wouldn’t work,” she says. Would the French embrace an American import or react with a classic Gallic shrug? “Because we were the first food truck to launch in Paris, we were taking a big risk that the French public wouldn’t be interested in lining up in front of a truck to order a burger that they would then have to eat in the street.”

However, Frederick, who first came to Paris in 2009, to attend culinary school, wasn’t serving ordinary fare. Her burgers, made from the finest French ingredients, quickly won over a city of gourmands. “We just tried to make the burgers as good as possible – no gimmicks – that’s what’s important to French people.” Homemade buns, boeuf haché maison, a confit of caramelised onions, a variety of cheeses like aged gruyère and bleu d’Auvergne – Parisians were soon lining up in hour-long queues.

In fact, the launch of Le Camion qui Fume coincided with a growing burger obsession in Paris, with a host of eateries serving up gourmet versions of the classic American meal. “The burger phenomenon has become an opportunity for French chefs to compete and compare their talent,” says 40-year-old François Leblanc, a life-long Parisian. “It’s a way to valorise our great variety of terroir-driven products in making a simple, universal plat. So the Parisian burger is very much a cultural hybrid.”

Frédéric Weill, of the 12th arrondissement, says that, “France is simultaneously the land of gastronomy and la malbouffe, with a very French problem in reconciling the two. For a few years now, we’ve seen a blossoming of burger restaurants, as if the French cook has digested the burger and appropriated it as part of French culinary patrimony. That’s why I love eating burgers in Paris. My friends and I even created the ‘75’ burger on MyBurger.fr.” That website brings together recipe-sharing burger fans, and Weill’s signature patty boasts ingredients solely from the Paris region, where ‘75’ is the postal code.

As the food truck pioneer in Paris, Frederick paved the way for a veritable fleet of camions that today navigate the boulevards. Food trucks have appeared on Top Chef, the popular TV series, where they’re judged by such star cooks as Jean-Francois Piège and Thierry Marx. And soon, a food truck-themed show, Mon Food Truck à la Clé, will debut on the France 2 channel, and see entrepreneurs compete to pound the pavés.

A darling of the influential LeFooding.com, Frederick has gone on to launch Le Popcorn Bar (inside Luc Besson’s movie complex, just outside  Paris) and Freddie’s, the city’s first American-style sandwich shop, where the Philly cheesesteak is the star of the show. It isn’t that the traditional French jambon-beurre has been displaced – in fact, young entrepreneurs have been inspired to bring it back en vogue. For example, Thomas Vaugien, the former barman at L’Avant Comptoir, has just opened an artisanal sandwich shop, Jambon, Beurre, Cornichon, near Grands Boulevards.

“The neighbourhood bistrot – with the zinc bar, la bonne cuisine Française – will always be appreciated in Paris,” explains Carina Soto Velasquez Tsou, a Colombian who’s lived in the city for 11 years. She partnered with husband Adam Tsou and Josh Fontaine, both of whom are originally from Connecticut, to open a trio of food-and-drink concepts that have taken the city by storm.

“What’s dynamised the Parisian scene is a  younger generation of highly-trained professionals,” she says, “like the bartenders and baristas, who exude passion in their specialised line of work.” Carina herself is a mixologist, and first made headlines when she ran the show, and mixed some clever libations, at L’Experimental Cocktail Club.

It all started in 2011, when the nightlife triumvirate opened Candelaria (52 rue de Saintonge) in the Upper Marais. In a city known for boeuf bourguignon rather than burritos, opening an authentic taqueria wasn’t without risk. Happily, the crowds were soon  lining up for carnitas tacos paired with homemade salsa. Another great addition is a speakeasy-style bar like you’d find in Manhattan, which is hidden behind an unmarked door in the back. Voila, Candelaria’s creators had effectively filled a void on the Paris scene…

Carina, Adam and Josh then followed suit with a South Pigalle watering hole in 2012. Serving craft beer and gourmet hot dogs, Glass (7 rue Frochot) has helped transform the neighbourhood into a trendy destination. It should be noted here that the humble hot dog is now ubiquitous in Paris – there’s even a ‘food bike’ called Le Tricycle that peddles the vegetarian variety.

With their oyster bar that sailed into the 3rd arrondissement in 2013, Le Mary Celeste (1 rue Commines), the Colombia-Connecticut expat dream team scored a hat trick. The kitchen is orchestrated by talented chef Haan Palcu-Chang, a Canadian of Chinese and Romanian descent. He trained with Michelin-starred chefs in Copenhagen, and recently helmed a Le Mary Celeste pop-up in Stockholm.

“Ultimately our goal is to open places for Parisians,” emphasizes Adam Tsou. “Our customers travel a lot, so they have diversified palates and look for that in Paris.”

In recent years, Paris has been much maligned for its lousy coffee, made with low-grade robusta beans. International visitors – snagging a prime seat in a Left Bank café – would be baffled by their espresso’s taste, but charmed by the Parisian ritual: the small tasse served with a ‘speculoos’ biscuit and clients lingering for hours over Le Monde.

Thanks to a new breed of speciality coffee shops, the city’s reputation has changed. Leading the charge was Coutume Café (47 rue de Babylone), which opened in 2011, replete with an on-site roastery.

“It’s a traditional area, so we turned heads from day one,” explains co-founder Tom Clark, who left his native Australia in 2006 for a university exchange at Paris’s ‘Sciences Po’ institute, during which he fell in love with the city and started plotting his return. “The locals were both curious and wary. We ended most days having lost our voices, after hours explaining what we were doing. But in the end, the support was overwhelming and compensated for the odd, disgruntled customer.”

Clark had partnered with another coffee aficionado, a Lyonnais named Antoine Netien. While working in Melbourne, Netien became so enamoured with the coffee that he decided to learn the craft, winning awards as a master roaster. His mission? To bring New World coffee culture back to France. But that’s not to say Coutume is a clone of an Australian coffee shop. “We are a French concept and very much about l’art de vivre,” Clark explains.

Coutume’s coffee can now be found in dozens of Parisian establishments, and it’s also been exported internationally. An outpost opened in Tokyo this past summer, with another café in the works for Osaka. “The Japanese market is all about perfecting specific art forms,” says Clark, “and it’s a pleasure to work alongside them.”

The first thing Kristen Beddard will tell you is that she’s not out to change French culture. “My goal with The Kale Project was to reintroduce the vegetable to France,” she explains. However, kale wasn’t an exotic import, rather a légume oublié (forgotten vegetable). “When I moved to Paris from New York, I missed kale, as I had grown up eating it.” Although this ‘superfood’ appears on trendy restaurant menus across the US, it was nowhere to be found in France. Thus began The Kale Project, a mission to familiarise the French and their farmers with chou frisé non-pommé, one of its many Gallic names.

A breakthrough came in May 2012, when Beddard spied a farmer selling mustard greens at the Raspail market, and approached her to discuss kale. Open-minded, Hermione Boehrer agreed to grow it if Beddard brought her the seeds. Beddard then hosted events, spoke with restaurant  owners, grew the brassica on her apartment balcony – which she harvested to make kale chips – and maximised her efforts on the internet. “It became a conversation in the digital world and word spread fast,” she explains. A social media hashtag, #KaleSpotted, indicates sightings around France, while a Google map is peppered with listings. The movement has gained such momentum that The New York Times called Beddard “the kale crusader.”

“I’m a big fan of The Kale Project,” says Aurelien Michaud, an urban planner who lives in the 12th arrondissement. “I first tried kale three years ago, and I really liked it. Kristen gave us seeds and my mother grows kale in her garden, south of Paris.”