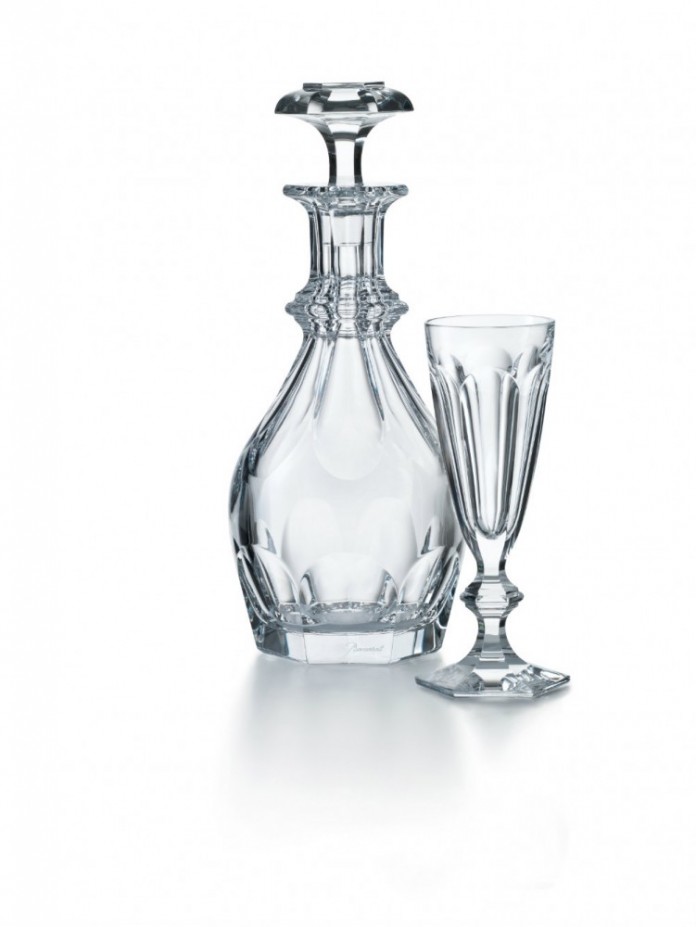 Should there be a star shining in the sky of New York City this summer, its name will be Baccarat. The world renowned French crystal-makers launched their first American flagship store at 635 Madison Avenue in June, as part of the run up to the venerable firm’s 250th anniversary, which will be celebrated in 2014. Designed by Rafael de Cardenas, the store’s gleaming, two-storey facade envelops a breathtaking contemporary space, with walls of Macassar ebony, adorned with diamond- cut crystals and black granite floors. “The brand will be seen in a much more modern setting, by a much wider audience” says Markus Lampe, Baccarat’s outgoing CEO – Daniela Riccardi, his successor, recently joined from Diesel.

To further broadcast its message of exceptional quality and French art de vivre to the American market – and therefore, the world – the firm is also set to open The Baccarat Hotel & Residences on the city’s 53rd Street, opposite the Museum of Modern Art, in September 2014. This is a joint venture between Starwood Capital Group, which owns a majority stake in Baccarat, and Tribecca Associates. The striking, 50-storey glass tower, designed by SOM (Skidmore, Owings & Merrill), will feature a luxury hotel with 114 rooms, each decorated by the glamorous couple Gilles & Boissier, and 61 private residences. Tony Ingrao, a long-time admirer of Baccarat, has been hired to design the interiors of the condominiums.

A second new opening planned for 2014 will be in Rabat, Morocco, and Lampe confirms that, “Ten hotel projects are in the pipeline”, including Marrakech, Dubai and Shanghai.

The story of Baccarat began in 1764, in a small village in Lorraine. To save a population from poverty, and with the blessing of King Louis XV, the compassionate Bishop Louis de Montmorency-Laval of Metz founded a glassworks, on the right-hand bank of the Meurthe River. Shortly after, the industrialist Aimé-Gabriel d’Artigues transformed it into a crystal factory. Today, Baccarat’s glassmakers are still working at the original site. The blowers, cutters, engravers and gilders refer to it as la Manu, their affectionate nickname for La Manufacture. The word manufacture comes from the Latin manufactus, which is a compound of manus (hand) and factus (made). So it’s appropriate that, of all the French luxury brands, Baccarat boasts the greatest number of elite craftsmen – some 24 Meilleurs Ouvriers de France and an official Maître d’Art. “My grandfather worked as a glassmaker at Baccarat for 52 years. Perhaps it’s partly hereditary,” muses Daniel Willing, himself one of the firm’s company of skilled artisans.

During the Restoration, owing to the custom of using a complete service of glasses for meals introduced by Louis XVIII, the first sets of glittering Baccarat stemware started to appear on the most elegant of tables.

In 1823, Louis XVIII commissioned a set of stemware from Baccarat, and the firm won the gold medal at a national exhibition of French industrial products. In fact, Baccarat won gold medals each time it participated in the many Universal Exhibitions held during the 19th Century.

From its earliest years, Baccarat has confirmed its expansion abroad, receiving prestigious commissions from the Rajasthani maharajahs (sometimes delivered on the back of elephants), the Japanese Imperial Court, the King of Thailand and some prominent leaders of the Ottoman Empire, not to mention the Russian Court, for which one of the furnaces of the factory was exclusively reserved. What continues to attract the great and the good to Baccarat is the purity of the light which emanates from the heart of the crystal, and the resultant poetry and beauty of the firm’s tableware, decorative objects, chandeliers and jewellery, which could be said to hide its stupendous technical achievements in the most beautiful manner. And this is still the case today.

“We are faithful to our roots, to our history. We are not making any compromise,” says Lampe. “But we do not live in the past. We are constantly experimenting with new ideas. Our products, created by contemporary designers, are perfectly in tune with the times.”

The Baccarat Gallery-Museum in Paris reflects the firm’s constant innovation, where perhaps one of the most extravagant pieces is an extraordinary 79-light candelabra adapted for electric power. Standing nearly 10 feet tall, it was made for Nicholas II but never delivered to the Tsar because of the Russian Revolution. However, the candelabra could be seen as mere window dressing – the firm’s achievements in glass design and technology started much earlier and continue today. As early as 1839, Baccarat launched coloured crystal in a range of hues, including ruby red, sky blue, parrot green, amethyst and amber. A few years later, black crystal was introduced – it is difficult to manufacture and the proportions of its five components are kept as a state secret. Fast forward to 2003, and designer Philippe Starck received widespread acclaim for its use in his eye-popping Zénith chandelier.

In 1841, the crystal-maker designed the Harcourt service, a simple and timeless icon of perfect design that has become the brand’s emblem. Once again, the Harcourt design’s soft curves and flat facets belie the technical achievement – the creation of a single glass requires the skill of around 60 craftsmen and women.

For over 170 years, the Harcourt service has been sparkling on the tables of monarchs and chiefs of state. It continues to inspire the most innovative artists, who reinterpret the design with wit – Inga Sempé turned it upside down, while Tsé&Tsé used a skeleton motif as decoration. Just this year, Baccarat launched a new tableware collection to celebrate this most iconic design.

Entering the age of power, 1896 saw Baccarat adapt its chandeliers and candelabras for electricity, by engineering models with hollow branches. The firm’s creativity and production soared during the Belle époque, reaching a peak during the 1920s.

The growing wealth of French society fuelled a surge in Baccarat’s sales of perfume bottles. Between 1897 and 1907, orders rose from 150 per day to 4,000. After designing the sublime bottle for Guerlain’s Shalimar (1925), possibly the ultimate in sophistication was reached with the same parfumier’s Liu (1927), in the form of a black crystal octagon with a gold pattern.

In 1945, Salvador Dali designed Baccarat’s bottle for Elsa Schiaparelli’s Roy Soleil. The base of the bottle represented a seascape, with waves of blue enamel and gilding, and the stopper represented the sun rising above the waves.

During 2007, the crystal-maker received a very special commission from Clive Christian, the owner of the London-based Crown Perfumery Company. Baccarat was asked to design a bottle for Number 1, Imperial Majesty, which is officially recognized by the Guinness Book of World Records as the most expensive perfume ever made. The fragrance was released as a limited edition of only 10 500ml bottles, each retailing for €160,000 and adorned with gold and a five carat diamond.

Baccarat is a never-ending source of inspiration for crystal lovers, thanks to its exceptional archive of 65,000 moulds and 200,000 drawings dating back to the firm’s founding; a catalogue of more than 2,000 long-term works;  and two new collections each year. If some products seem classical and sober, then many others have been designed in an exuberant, eccentric and irreverent style. With the Maison Baccarat in Paris and its gorgeous replica in Moscow – a third may open in China – the firm has consciously placed itself on the cutting edge of modern design.

In 2003, Baccarat gave Philippe Starck carte blanche to design magical décors for the former Noailles mansion, on Place des états-Unis in Paris, and for the 2008 opening of the Crystal Palace on Moscow’s Nikolskaya Street. Starck played a decisive, highly successful creative role with his black crystal Zénith chandelier, plus the Darkside collection, the Our Fire candlestick and the humoristic Hic! ceiling lamp.

The firm has also introduced younger designers, such as Arik Levy and Mathias, and their creations are delighting a new generation of connoisseurs. This year saw young Jaime Hayon extend his menagerie of crystal animal figurines with a grey-blue crystal elephant on a porcelain base.

With a glittering crystal cascade named Lady Crinoline, Jean-Marc Gady has propelled the chandelier into the future. The LED version features 39 large prisms bathed in sparking light, while the halogen variant sees smaller prisms lit by a warm, coloured light.

Meanwhile, Patricia Urquiola added acid hues to the sculptural bowls, glasses and vases of her Variations collection, which exude a surprising neo-pop vibe.

With the crescendo of events planned for the 250th anniversary of the firm’s founding – shops, hotels, new products, a book and an extensive exhibition – Baccarat is sure to enchant the world more than ever.