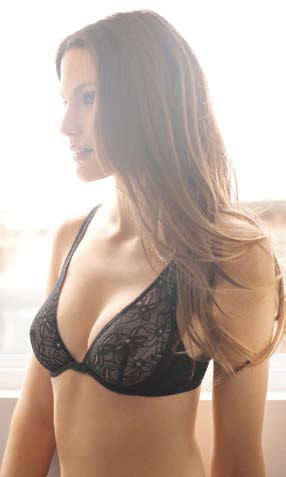 Will we ever tire of French lingerie? Not if undies this good keep coming along. There’s nary a pinching pushup bra or silver G-string to be found in the beautiful new Insensée boutique on Paris’s Left Bank that opened last fall to much acclaim. The cozy boutique, designed like a Paris apartment, displays a dozen or more bra-and-panty sets carefully engineered for “comfort, comfort, comfort”, say the company’s three founders, all veterans of the French lingerie industry and, incidentally, all male. Two, Michael and Kevin Hiridjee, are sons of the founder of Princesse Tam Tam, and the third, Gaël Moreau, worked with that company for many years. These “hommes féministes”, as they call themselves, went to great lengths to create a line of lingerie that functions, they say, like a “second skin”—light, sensual and elegant.

Their designer, whose résumé includes Erès, Princess Tam Tam and Dior, has focused on the highest quality, most technologically advanced fabrics available. The boutique also has a made-to-measure service for hard-tofit sizes, small or large. Although the Insensée collection dispenses with tacky clichés of “sexy” lingerie, it certainly doesn’t lack sex appeal. Lace is used as a design element in insets that follow the contours of the body; alluring transparent fabrics and satiny floral prints are more feminine than fatale. It might be described as the thinking woman’s underwear, aimed at la femme d’esprit, both spirited and intelligent— note the in-store library stocked with books about women, by women. After all, what could be sexier than a smart woman who’s totally comfortable in her second skin?

Originally published in the February 2013 issue of France Today