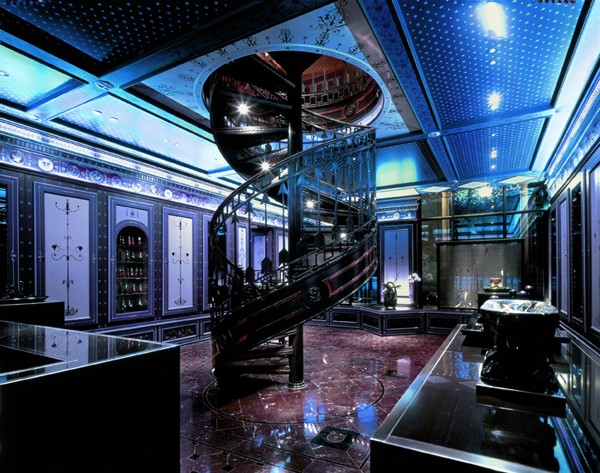 It’s the most beautiful parfumerie in Paris. Tucked under the stone arcades of the Palais Royal, facing the gardens and fountain, it’s straight out of a lavishly illustrated fairy tale: a room in several shades of purple, from tender orchid to deep violet, handpainted with delicate designs. Strange, pouting sun faces stare solemnly down from carved moldings; in the wall paintings, a beetle in a top hat dances with another in a long skirt; a pair of swans tie a bow with their beaks. A ceiling the color of the night sky twinkles with stars; the floor shines with inlaid marble. An intricate stairway of metal filigree spirals up from the center to a golden chamber above.

This magical space is the creation of Serge Lutens who, as Shiseido’s artistic director in the 1980s, developed the upscale Japanese company’s image with his fragrances and seasonal makeup lines. Given carte blanche to launch a parfumerie that would be Shiseido’s boutique d’image in Paris, Lutens created this extraordinary dream world in 1992.

Since then Lutens has created several new scents a year under his own name, and they now number over 60. Drawing inspiration from many sources, from the spice markets of Marrakesh, where he lives part of the year, to literary descriptions of fragrance, such as Baudelaire’s, he has produced sumptuous scents—lush, complex and unforgettable. They cover the whole spectrum of perfume families: florals include Lys (lily), Rose de Nuit and a delicious Fleur d’Oranger; among the many woody fragrances are a pure sandalwood (Santal de Mysore) and Bios de Violette; other winners are Encens et Lavande (incense and lavender), Ambre Sultan and La Myrrhe. The most voluptuous may be Rahät Loukoum, a blend of bitter almond, musk, and heliotrope. Iris Silver Mist was inspired by Simonetta Vespucci, the Florentine beauty who was Botticelli’s muse, and whose signature scent was iris pallida. And—definitely not for the fainthearted— there’s Tubéreuse Criminelle.

Depending on the fragrance, they’re either packaged in spray bottles or round flacons de table. Testers are displayed on several small counters, where orchids bloom next to lacquered trays of glass apothecary bottles. Salespeople will help you sniff to your heart’s content, dipping little paper mouillettes into the flacons and presenting them with a flourish. Once you’ve narrowed down the possiblities, try a few on your skin and take some time to let them develop—Lutens’s scents are so long-lasting,  you’ll have plenty of time to fall in love with one—or more. The shop also carries Lutens’s limited but gorgeous makeup line. 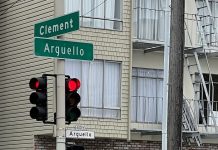 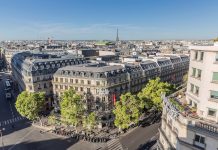