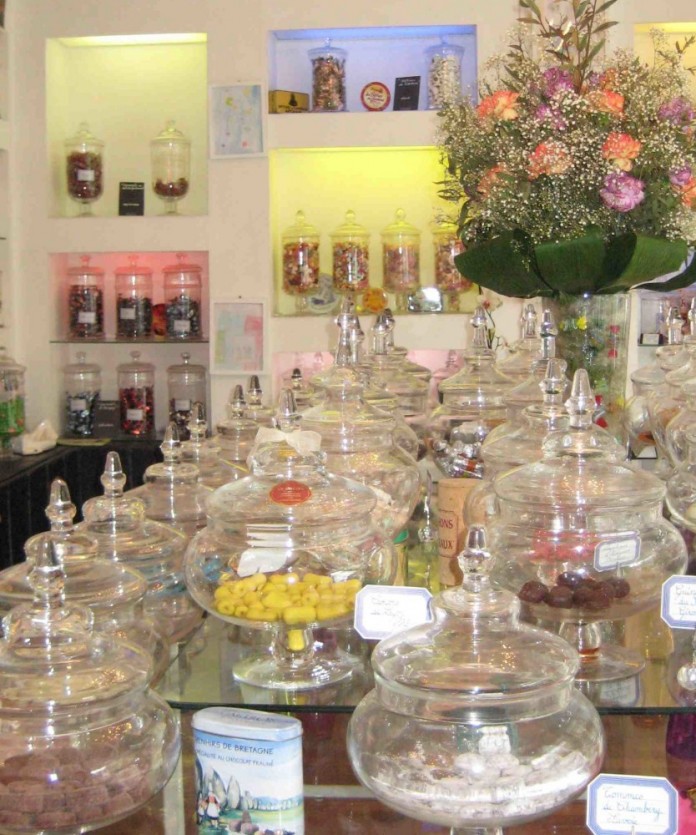 Every surface in Le Bonbon au Palais is covered with rainbow-hued candies glistening like gemstones in apothecary jars. The names trip off the tongue: bergamotes de Nancy, niniches de Quiberon, caramels d’Isigny, mirabelles de Lorraine, coquelicots de Nemours—a map of France outlined in bonbons. Any child would gladly commit this geography lesson to heart, and owner Georges Marques is happy to add history to the curriculum, enthusiastically expounding on the origins of the 200-odd sweets he’s carefully chosen from the more than 650 artisanal varieties that are considered an integral part of France’s patrimoine. Take the berlingots de Carpentras, a striped hard candy that is said to have popped up in the 14th century, created for Pope Clément V, who moved the papal seat to Avignon; the version sold here has been produced by the same manufacturer since 1844.

The most ancient bonbon in this dream of a boutique is said to be the grisette de Montpellier, a tiny disk of licorice, anise and honey that, like many sugared confections, was originally sold only in apothecaries for medicinal use and was much too expensive for general consumption. According to Marques it wasn’t until Catherine de Medici introduced sweets to top off an elaborate repast that France finally adopted bonbons and pastries as an integral part of the meal. Other Gallic treasures include light, fluffy guimauve, the square-cut French version of marshmallow; alcohol-filled chocolates covered in marzipan; lollipops in such flavors as blueberry, pineapple, quince and black cherry; and candied flower petals and herbs, including whole roses, violets, vervain, mint and lilac. 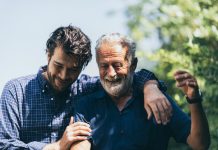