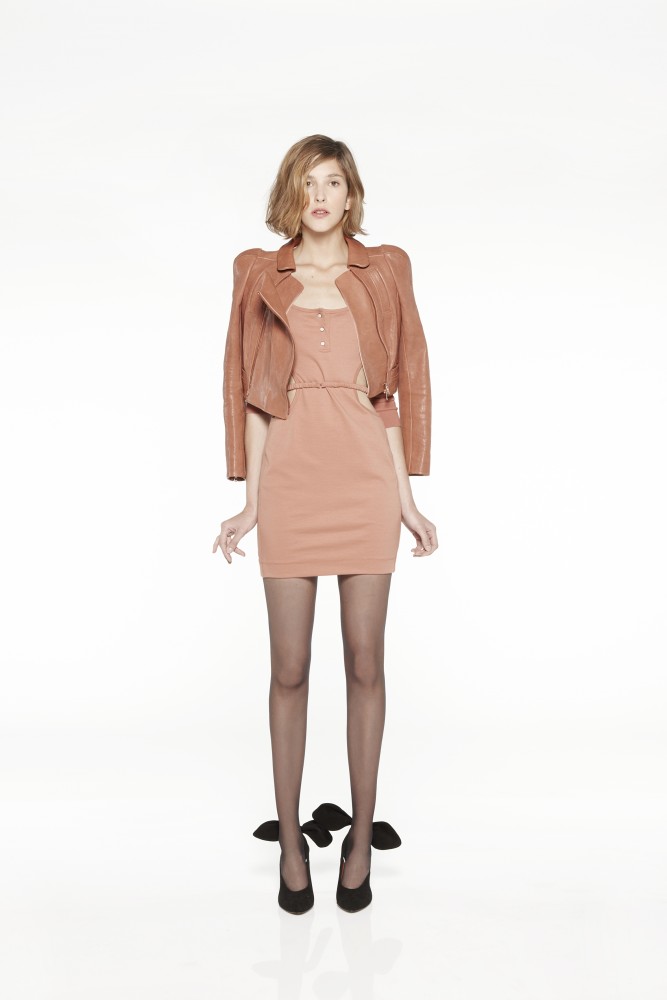 The venerable fashion house Carven, best known to older Americans for the perfume Ma Griffe, has opened its first womenswear boutique, on Paris’s Left Bank just across from Saint Sulpice church. Founded in 1945, the Carven label dropped off the fashion map in recent years, until its revival in 2009 with 32-year-old artistic director Guillaume Henry at the helm. A little-known name in the fashion world, Henry worked behind the scenes at Givenchy and Paule Ka before being tapped by Carven, and just two years and four collections later, Henry has now catapulted the revitalized label into the major leagues.

Inspired by the cinema—notably the true-to-life heroines of Claude Chabrol and John Cassavetes—Henry injects the line with a vibrant sex appeal that’s smart, wearable and distinctly feminine. His new shantung silk volcano-print mini-dress, for example, paired with a delicate ecru cardigan manages to be both sexy and elegant, and easily goes from day to night. With couture-quality craftsmanship, the clothes are astonishingly well priced: a rakish belted raincoat in black poplin is €360 and a glamorous ruched-silk evening gown with an asymmetric bodice about €600, half the price of Carven’s better-known rivals.