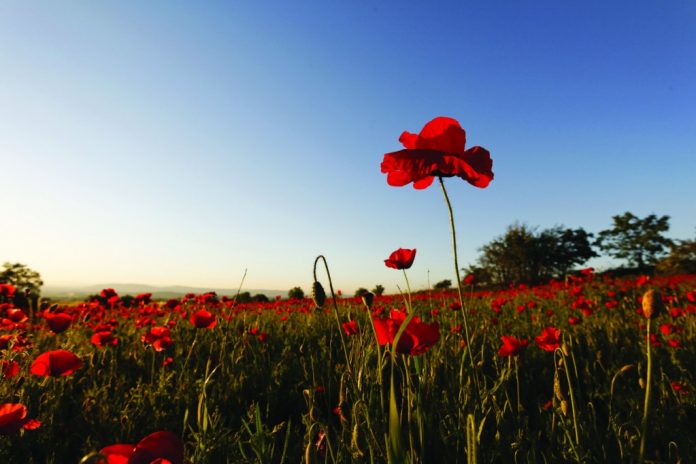 Ablain-Saint-Nazaire, the hill at Notre-Dame-de-Lorette, is the location of the world’s largest French military cemetery. Some 20,000 graves stand side by side, perfectly aligned across the plateau. The same site also features eight ossuaries, containing the remains of 22,000 ‘unknown soldiers’.
The French President, François Hollande, is to inaugurate an international memorial to the 590,000 soldiers who lost their lives in Northern France between 1914-18 on 11 November this year. The memorial will be situated at the summit of the Notre-Dame-de-Lorette plateau and present each name in alphabetical order – without any separation between nationalities.

2. Museums of the Battle of Fromelles

The Battle of Fromelles, which took place in July 1916 and saw British and Australian troops fighting a Bavarian division, may have lasted less than 24 hours but it resulted in 8,500 casualties. It remains the bloodiest day in Australian military history, causing the loss of 2,300 British and ‘Digger’ troops.
In 2008, a mass grave was found in the nearby Pheasant Wood, which transpired to have been dug by German forces following the brief but bloody battle. This museum features objects discovered on the battlefield plus a new exhibition, which opened in July this year, detailing the ongoing excavation process.
● www.musee-bataille-fromelles.fr

In April 1917, this 14-kilometre ridge on the Western Front saw a defining moment in Canadian history, as all four divisions of the country’s Expeditionary Force entered battle together for the first time, as part of the opening phase of the British-led Battle of Arras. The Canadian troops’ offensive against the Germans on the ridge was a triumph of tactical and technical innovation, despite the terrible cost of the battle – some 10,000 killed or wounded. A memorial park featuring a towering marble statue, commemorating the Canadians’ bravery, was constructed here in 1937.

Soaring 45 metres above the highest point of the Somme battlefield, this colossal ‘arc-de-triomphe’ commemorates the allegiance between and the sacrifice made by the French and British troops who fell during this infamous offensive, which started on 1 July 1916.
The names of 73,367 British and Commonwealth soldiers whose bodies were never recovered are inscribed in the archway, with the Tricolore flying to the south and the Union Jack to the north, reflecting the position of each nations’ troops during the battle.
● www.visit-somme.com

The largest crater to ever have been made by warfare, this 30 metre deep abyss was caused by an enormous explosion on the first day of the Battle of the Somme. The explosion caused what was then the loudest man-made sound in history and there were reports that it was even heard in London.

This privately owned, not-for-profit site is preserved as a poignant reminder of the level of devastation of which warfare is capable. Yet it also serves as a pledge to forge a more peaceful future, so that the sacrifice of those who fell on the Somme was not in vain.
● www.lochnagarcrater.org