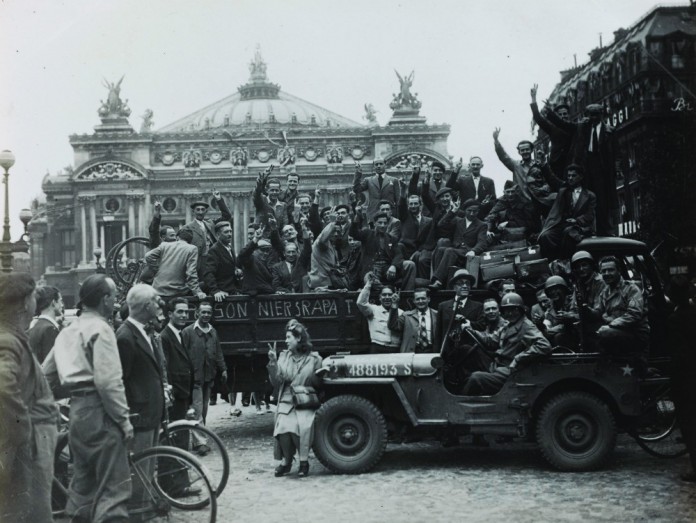 ‘Capital of pleasure’ was the dubious title given to Paris by the Third Reich, and so reclaiming the capital’s dignity became of critical importance after the Liberation in August of 1944. To this end, François Boucher, then curator of the Musée Carnavalet and a member of the Resistance, sent out an appeal for visual proof that France was back on its feet. Fearless amateur photographers and reporters answered his call and, two months later, with the war still raging elsewhere, an exhibition of new hope opened.

This show looks back to Boucher’s exhibition and is enriched by information concerning how the pieces were originally gathered and selected.

Covering the last days of the Occupation, the citizen’s uprising, and the military Liberation, 250 photos and 15 films reflect the hardships faced and the courage of Parisians. The exhibition doesn’t gloss over the unsavoury conflicts between compatriots, but it more than amply highlights their ungrudging humanity under duress.

Tip: Don’t miss the final video projection – although it’s in French and without subtitles, it’s still more than worth watching for the striking images, which don’t require translation.