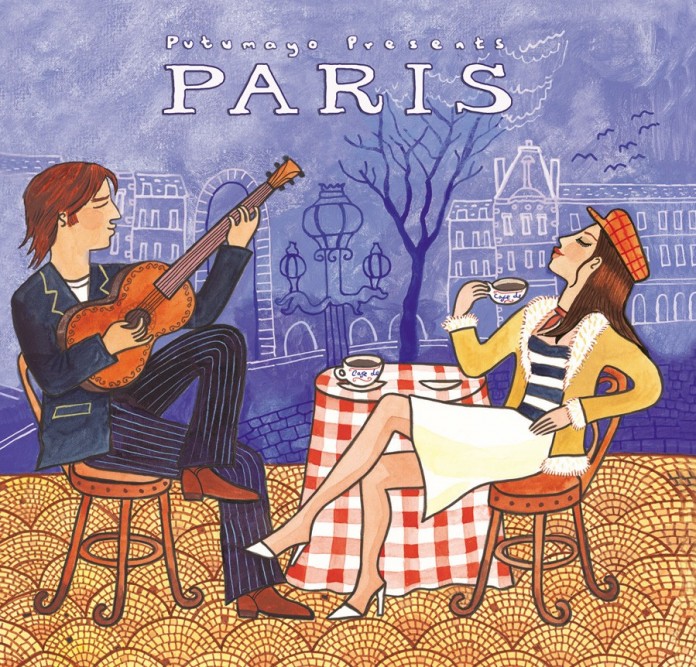 For lovers of French music, Putumayo has done it again. The company that specializes in world music had already released two of my favorite French CDs: Paris, featuring modern takes on classic French chansons; and French Café, which mixes the songs of such legends as Georges Brassens, Serge Gainsbourg, Jane Birkin and Barbara with those of talented new voices. Now they’re coming out with Vintage France, to be released February 26, offering the music of several generations of French musicians inspired by the tunes that were popular in France in the early to mid-1900s.

Star of the CD is Juliette Gréco, the bewitching songstress who has been enchanting audiences since the 1950s and is still mesmerizing concert audiences in her 80s. Here she sings the charming perennial La Valse Brune, written in 1909 and popular ever since.

Putumayo’s founder, Dan Storper, was originally planning to use vintage recordings of popular French songs for this CD. But when he encountered problems using old recordings, he shifted the focus to contemporary versions of old favorites, from the waltzing musette instrumentals of outdoor guinguettes to cabaret numbers popularized by Piaf, Chevalier and others.

Madeleine Peyroux sings a sultry version of Serge Gainsbourg’s La Javanaise and newcomer Francesca Blanchard offers her rendition of Sous le Ciel de Paris, one of the most popular French songs of all time. Among the instrumentals is a haunting rendition of Les Parapluies de Cherbourg by Dutch jazz harmonica player Martijn Luttmer, and Nany, a swinging accordion number played by Norbert Slama, a blind octogenarian who once performed with Josephine Baker and Edith Piaf, and whom Storper discovered playing in a small café near his home in New Orleans.

An appealing combination of the classic and contemporary, this CD will appeal both to fans of such icons as Piaf and Gainsbourg and to newcomers looking for an introduction to timeless French favorites.

Available at select music, book, gift and specialty stores, for download at select online stores,  and at www.putumayo.com.