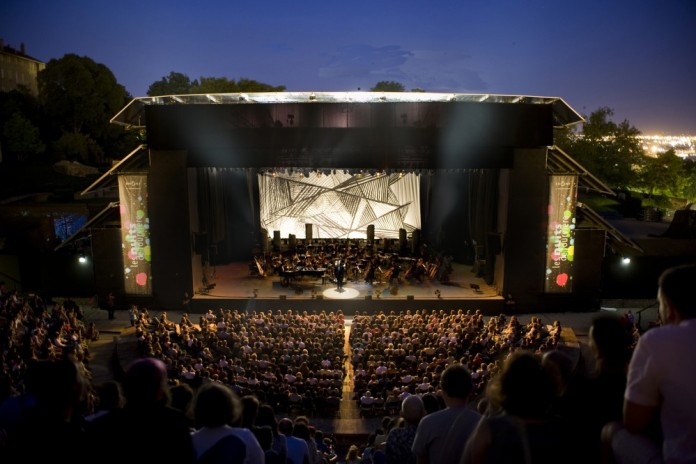 Founded in 1932, the Bayonne Festival in France’s Basque Country is one of the biggest summer events in France, with concerts, street dances, parades, bull runs and bullfights, Basque sports and games, and crowds all dressed in white with traditional red kerchiefs and sashes. July 24-28, 2013 www.fetes-de-bayonne.net

A small fleet of boats ferries music lovers to operas and concerts in a 16th-century fortress on Belle-Ile island, off the coast of Brittany. This year: Carmen by Bizet, Rossini’s Barber of Seville, Haendel’s Messiah. July 19–Aug 16, 2013 www.belle-ile.org

Classical, jazz and pop music, opera, dance, theater, circus and comedy acts in the spectacular medieval walled city. Music, theater, dance and contemporary art exhibitions against the backdrop of the historical city. This year for the first time the festival will be held in two venues: Bastide St Louis in the corner of Place Carnot and the heart of the Cité Médiévale in the gardens of Théâtre Jean-Deschamps. In addition there will be cultural exchanges all throughout the city and a contemporary art walk along more than 16 locations joining the two  main festival venues. June 19–Aug 4, 2013 www.festivaldecarcassonne.fr

For the last 40 years the port city of Lorient, on the southern Breton coast, has piped in a gathering of the Celtic clans—from Brittany, Ireland, Scotland, Wales, Cornwall, Galicia, Asturias and the Isle of Man—for a festival of Celtic music, dance, arts and crafts. On the program: Nolwenn Leroy, Sinnead O’Connor, I Muvrini, and many more. Aug 2–11, 2013 www.festival-interceltique.com

In the unlikely setting of a medieval bastide town in southwest France, a high-spirited celebration of American-style country and western, bluegrass and folk music. Sixty concerts in five days. July 11–14, 2013 www.country-musique.com

Originally published in the July/August 2011 issue of France Today, and updated in June 2013.