For his 14th appearance at Jazz-à-Juan, superstar, jazzman, Marcus Miller, once again did not disappoint. Playing to a full venue with the mayor of Juan in the front row seats, Miller played with intensity and emotion, and the crowd was with him.

Having just lost his father three months prior, this jazz artist extraordinaire was feeling the love, not just for his father, it seemed, but also for his loyal fans in Juan.

The concert beneath the towering pines in the little park of La Pinède in Juan-les-Pins, and set against the sun going down over Golfe Juan, featured songs from Miller’s latest recording, Laid Black, an eclectic mix of jazz, rock, blues and gospel.

His tune “Preachers Kid”, a song he wrote for his father, who, Marcus explained, had given up his own professional musical career to raise his two sons, was heartfelt by one and all. In a Nice Matin interview about his concert the next day, Miller, who speaks French, said he had “l’impression d’avoir mon père à mes côtés” (“I felt I had my father by my side”).

For another song from his Laid Black recording, Miller brought on stage Selah Sue, a young singer who channels Janis Joplin, but with an updated twist of reggae and rap. Her version of “Que Sera” (recall Doris Day in the 50s movie, Young at Heart), which is also on the Laid Black album, was a change-up to the previous hard-hitting tunes with his quartet of sax, trumpet, drums and piano.

As if Miller wasn’t enough for the evening of jazz on the Côte d’Azur, this night of the festival opened with the Multiquarium Big Band with French guitarist Bireli Lagrène performing a tribute to jazz legend, Jaco Pastorius, who died an early and violent death, but who was thought by most to be among the best of the best jazz bassists. Again, there was a personal and obvious emotional connection here between Lagrène and Pastorius, with whom he had toured and recorded.

Having just come from Nice where the Nice Jazz Festival was also in full swing, I felt like I was in Jazz Heaven here on the Côte d’Azur in one of my favorite little towns, Juan-les-Pins, on a warm summer night under the pines.

Both of these incredible jazz festivals end this weekend (July 21/22), but the music continues on the Côte d’Azur with musical events throughout the summer. 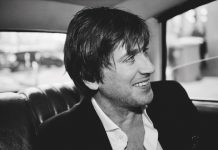 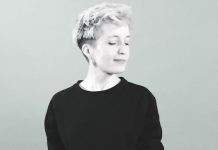 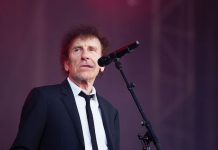