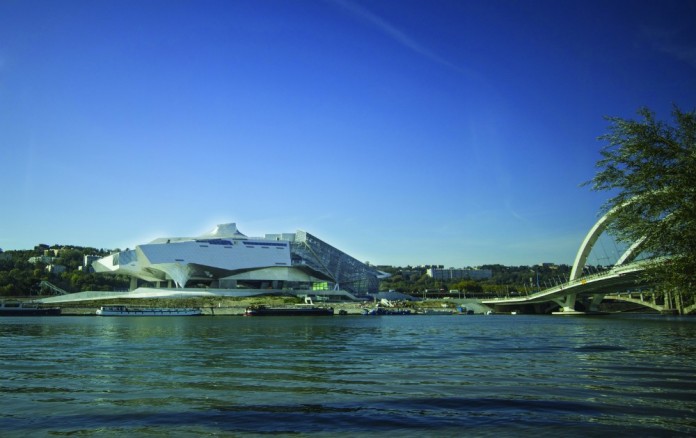 Looking as if it’s ready to set sail on an expedition through time, the futuristic Musée des Confluences commandeers the exact spot in Lyon where the waters of the Rhône meet those of the Saône river.

The museum opened in December, following a bumpy 15-year saga of runaway costs and reversals of fortune. However, the life of the institution began much earlier, with a 17th-century industrialist named Émile Guimet, a passionate traveller who possessed a discerning eye for art. During his intrepid voyages, Guimet accumulated an important collection of rare objects of artistic, historical and scientific importance. He kept adding to the cache through savvy purchases until finally, in 1789, he opened the grand Musée Guimet in Lyon, which was trumpeted as a centre for the dissemination of knowledge and culture.

Cue the tumbleweeds and crickets… disappointed by the underwhelming welcome, he moved the museum to Paris, where it met immediate success. However, not one to hold a grudge, Guimet still donated over 3,000 treasures to his native city, where they merged with the preexisting collection of the Muséum d’Histoire Naturelle de Lyon.

Chaucer wrote, “For out of old fields, as men say, comes all this new corn from year to year; and out of old books, in good faith, comes all  this new science that men hear,” and the Musée’s collection features over two million objects – from a 150 million-year-old Camarasaurus to a particle accelerator – which chart an illuminating course towards the future. The result is an encyclopedic curio cabinet of natural sciences, anthropology and earth sciences which allows visitors to explore the evolution, dreams and questions of humanity, time and space.

Designed to resemble a “crystal cloud of knowledge” by the Austrian firm Coop Himmelb(l)au, the 22,000sqm museum boasts four permanent exhibition spaces. Origins, Tales of the World questions the formation of the universe and humanity; Species, The Fabric of Life looks at man as animal and its place in biodiversity; Societies, the Theatre of Men explores cultures and civilisations; and Eternity, Looking Beyond deals with death and the afterlife. There is also a 3,000sqm area for temporary exhibitions, workshops and experimental multimedia spaces, two auditoriums, two restaurants, a bookshop and a rooftop terrace with spectacular views of the confluence of the rivers.