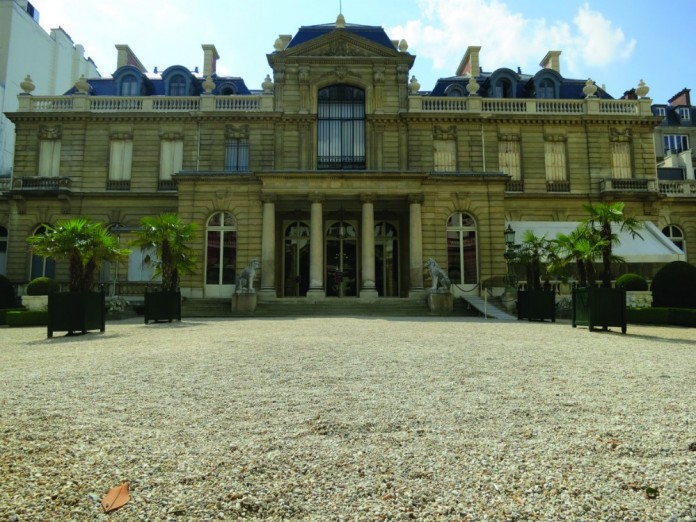 Critics didn’t quite know how to label the style when 18th-century French painter Antoine Watteau picked up the tradition of idealised pastoral scenes, where Flemish and Venetian painters had left off the previous century. Following a roaring success with collectors – Prussian King Frederick the Great was an enthusiastic fan – the genre became known as fêtes galantes after its depictions of fashionable and somewhat flirty merrymaking, set in harmonious natural backgrounds, framing musical entertainment and the occasional furtive rendezvous.

A second reading, however, reveals much more behind the pretty folds of silk and sprays of rosebuds, and this is the reason why the works considered fêtes galantes have stood the test of time. As if trying to hold on to a world that was disappearing, over the 18th century, the style transitioned from idealised scenes to the incorporation of real people set against mythical elements. In the latter, there are even hints of impending danger in the background, as a perfect day out is menaced by gathering clouds in the horizon, foreshadowing the unrest which would ensue when people sent the clear message that not everyone in France was having such a jolly time.

The Musée Jacquemart-André, one of the jewels in the Parisian crown, was created at the private mansion of Édouard André and Nélie Jacquemart in 1913, to display the art they collected so passionately during their lives. The Fêtes Galantes exhibition fits the backdrop of the Musée Jacquemart-André like a lace-cuffed kid glove. You wouldn’t be mistaken if you thought you could breath in the fragrance of the flowers in Jean-Honoré Fragonard’s paintings. The air is indeed, delicately perfumed, a soft carpet laid under your feet, any offending glare blocked out by the decorated ceiling screens and there’s even a little rest nook to sit and browse the high-quality catalogue. In short, it is a thoroughly galant experience.

Tip: Make a point to stop at the museum cafe, which offers a special brunch menu on weekends. Set in the original dining room of the mansion, it’s considered to be one of the (if not the) most beautiful tea rooms in Paris.

Originally published in the June-July 2014 issue of France Today