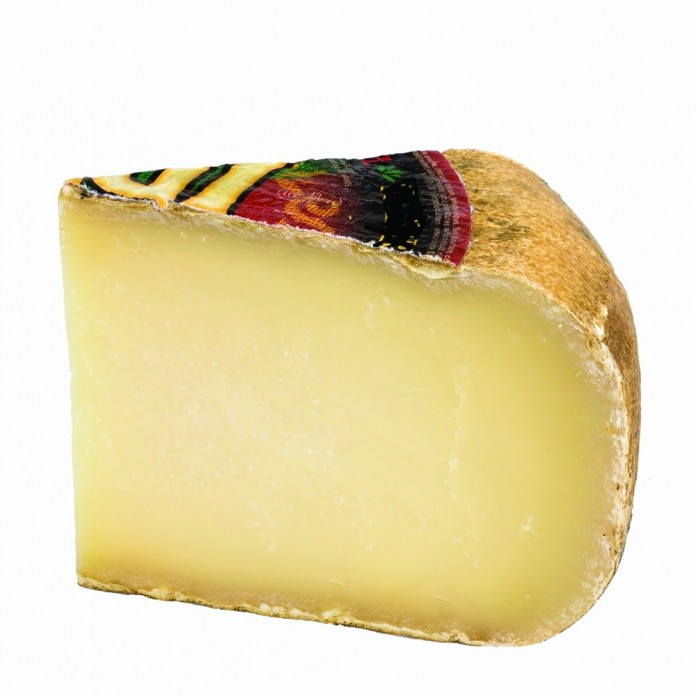 France is as renowned for its fromage as it is for its wine. Indeed Charles de Gaulle famously said, “How can anyone govern a nation that has 246 different kinds of cheese?” Here we’ve selected 12 of the best cheeses, from diverse geographical regions, so you can test your knowledge of the country!

1. If you’ve never had a picnic with a simple baguette and a nicely ripened round of this creamy cow’s milk classic from Normandy, well, it’s time to start living! The rind is a little furry with touches of beige and there’s recently been a fashion for baking it.

2. Similar to No. 1, but from a completely different region, this fine fromage is a cow’s milk cheese with an edible white rind and a pale creamy interior which softens as it ripens. An absolute French classic.

3. Not unlike the Dutch Edam in appearance, this unusual cheese is made near Lille. The texture is firm and the interior colour is a strong orange. A whole example of this cheese will come in a squashed ball shape and possess a grey, rough and pitted exterior. Boasting a nutty flavour, this cheese is often served after having been aged for a year or two.

4. A soft cheese which is often distinguished by an orange rind. It is made in the Vosges region of north-eastern France. The texture is creamy, smooth and quite sticky and it can be pungent on the nose.

5. One of France’s oldest cheeses, this is said to date back to the 6th century. It looks similar in outward appearance to Camembert but the consistency is more like a regular cream cheese. Perhaps the most distinguishing feature of this Normandy cheese is that it is often produced in the shape of a heart.

6. A goats’ cheese from the Loire Valley, made in the area surrounding the village which provides its name, which was originally served as a snack for the local grape pickers. The texture becomes firmer with age, from medium to hard, but there is always a distinctive nutty flavour. Great on a cheeseboard or grilled with salads.

7. A cow’s milk cheese made in the high hills and mountains of the region of the same name. A round of this cheese can weigh up to 120lbs, so you will buy it in long thin slices. It possesses an aromatic, nutty but also slightly sweet flavour, reminiscent of Gruyere.

8. A soft goats’ cheese with a firm and creamy texture, which is only produced in this region of south-western France and sold in a distinctive cylindrical shape called a bonde. The flavours are mild and creamy, becoming more tangy and nutty as the cheese ages – but it will only age for weeks not months. The unusual name is said to derive from the Arabic for goat.

9. A mild and creamy blue cheese from an area which produces several examples. This one is named after a local town. Shaped like a tall cylinder, it has a mottled grey/brown exterior and a natural thin crust.

10. Named after the mountain region in eastern France, this popular cheese is made from the skimmed cow’s milk and has a lower fat content than many cheeses. The rind is thick and has a grey exterior, whereas its interior is pale cream with small holes. It boasts a sweet and soft taste with earthy tones.

11. Apparently the favourite cheese of the Emperor Charlemagne, this blue cheese made from ewe’s milk has a noble and ancient pedigree. Aging takes place in limestone caves where the mould develops, resulting in a soft creamy texture but a salty and tangy taste.

12. One of only two sheep’s milk cheeses to gain AOC (Appellation d’Origine Contrôlée) status, this cheese comes from the mountainous areas of south-western France near the Spanish border. The crust varies from grey to orange and the interior is semi-hard with a pleasant buttery and nutty taste.

10-12: Congratulations, you are a fully paid up turophile! Just remember to eat small portions like the French do!

6-9: Bien fait les fromagistes! You can show off at a party but that fancy restaurant cheese board may catch you out.

3-5: Not so bad, but you could improve your cheese knowledge and/or your geography to score better next time.

0-2: Time to visit France again and make sure to sample some cheese wherever you go. There are over 350 to try! (Or maybe you’d be happier to wait for our ‘12 best meats’ article?)