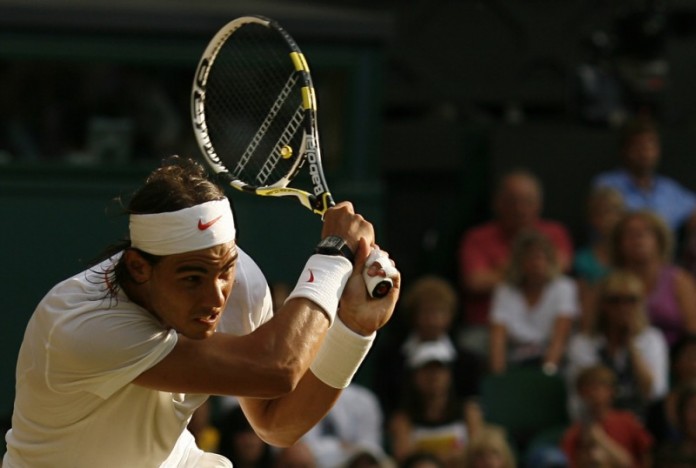 A Best of France selection

This year’s French Open, the second of the four annual international Grand Slam tennis tournaments, will be played on the famous red clay courts of the Roland Garros stadium from May 22 to June 10, 2012.  Both of last year’s winners—Rafael Nadal and China’s Li Na—play with Babolat rackets.

It’s hardly a household name, but Babolat, a French manufacturer that specializes in racket sports and is the world leader in stringing, has been in business since 1875, a year after tennis was invented by Walter Clopton Wingfield. That same year a visit to Lyon by an English tennis frame and racket manufacturer named Bussey got a certain Pierre Babolat seriously cogitating about strings. A year later he produced the first tennis strings made of natural cowgut.

Fifty years after that, in 1925, Babolat created the famous VS Brand Gut string, which was used by the French tennis “Musketeers”—Borotra, Brugnon, Cochet and Lacoste—as well as Suzanne Lenglen. In the 1970s the company invented electric stringing and the Sensor Expert, a sophisticated stringing machine based on electronic intelligence, which innovatively inscribed its VS logo right on the strings. And in the 1980s, Babolat launched synthetic stringing “made in France”, turning out high-precision tensions world champion players could count on. With its double line of white or yellow on the racket frame and black on the stringing bed, Babolat VS strings are easily identifiable.

It wasn’t until the 1990s, though, that Babolat began to make rackets. Then Carlos Moya won the 1998 French Open, a Babolat racket firmly in hand. Since then, the company has developed the technically advanced AeroPro racket with which Rafael Nadal won the French Open at Roland Garros in 2005. Not surprisingly, Babolat now manufactures badminton and squash rackets too.

After the rackets came tennis balls, followed by a partnership with the Michelin Tire company that produced the first tennis shoes with Michelin rubber soles. Fifth-generation Eric Babolat now heads the “total tennis” company, which has 10,000 shops and tennis clubs worldwide, three production sites in France and 100 distributors. And to top it all off, Babolat boasts of some 100 Grand Slam wins.

Originally published in the December 2008 issue of France Today; updated in April 2012