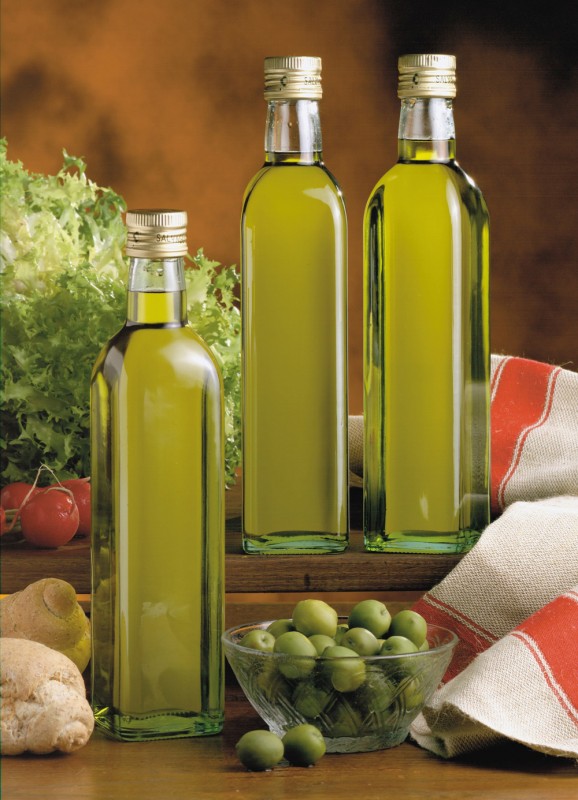 The olive tree, that mythic emblem of the Mediterranean Basin, has been celebrated for many thousands of years. A symbol of peace, fertility and longevity, it’s also doubly useful, for its fruit as well as its oil. Long found only in those Mediterranean regions blessed by the gods of antiquity, olive oil was little known in northern countries, especially those where butter reigned supreme.

It wasn’t until the widespread acclaim for the health benefits of the Mediterranean diet in the mid-1980s that the craze for olive oil took off, cannily promoted by producers who showered the public with publicity about their oil’s unique qualities. In 15 years world consumption grew by 25 percent; in France it jumped 300 percent. The latest development in the public love affair with the green-gold elixir is the discovery that the taste of olive oil varies enormously depending on the olive varieties, the terroir in which they are grown and the processing methods used. To be sure, progress in technology also helped, allowing producers to extract finer and more flavorful oils.

Although olive oil is produced in most Mediterranean countries, the French were a step ahead in giving theirs an official blessing. Armed with their strong background in winemaking, they applied the principle of the AOC (appellation d’origine contrôlée) to the fruit of the olivier, taking into consideration the terroir, the olive variety and the savoir-faire needed to produce high-quality oil. The extension of the AOC concept to olive oil is due mostly to Christian Teulade, director of the olive-growers’ cooperative in Nyons, a renowned olive-producing town in the Drôme Provençale. Teulade fought to have the law modified nearly 20 years ago, and Nyons oil was the first to be granted AOC status, in 1994. Since then, seven other AOCs have been awarded for oils, along with three for table olives and one for pâte d’olive (olive paste).

Formerly, the term “first cold pressing” meant that the oil was obtained from the first crush and was kept separate. Later, hot water was added to the olive mash and it was pressed again, producing an oil of lesser quality. Today, most older screw-type or hydraulic vertical presses have been replaced by centrifugal presses, and there is only one single pressing.

What really counts today is that the label says vierge (virgin) or, even better, vierge extra. That means the oil has not undergone any processing and that its acid level is no greater than .8 grams per 100 grams for vierge extra and 2 grams per 100 grams for vierge. The distinction between these two is also decided by taste criteria established by a jury, and both vierge and vierge extra oils are further classified into three flavor families: fruité vert, fruité mûr and fruité noir.

The fruité vert is obtained from olives picked when green and triturated, or crushed, at once. The principal flavors it evokes are raw artichoke, cut grass, apple and green tomato; it’s fluid, slightly bitter and astringent to the taste, it’s even been described as fiery—it stings and tickles the throat.

For the fruité mûr type the olives are picked when ripe and crushed immediately. The oil is sweet and delicate, with flavors of red and yellow fruit, almonds and flowers.

Fruité noir oils are made from olives picked when ripe, then held for several days while a controlled fermentation takes place—the original processing method of bygone days. The resulting oil loses its sharpness and develops aromas of cocoa, mushroom and forest undergrowth.

But whatever its type, oils also have their own individual characteristics, thanks to their terroir. While the olive tree, like the grapevine, is content to grow in poor soil, the composition of that soil has a strong influence on the flavor of its fruit.

All olives and olive oils from Nyons are from one variety, the Tanche. The olives are harvested when very slightly overripe, which gives the oil roundness and sweetness; it is unctuous and fruity, and its predominant flavors are almond and hazelnut. The table olives, which can be eaten only after being brined, are recognizable by their wrinkled skin.

Probably the best known of the AOC oils is made in the valley of Les Baux-de-Provence, where an abundance of mills, and a healthy competition among them, have encouraged a high level of quality. To obtain this AOC, five varieties of olives are used: Grossane, Verdale, Salonenque, Aglandau (also called Berruguette) and, to a lesser extent, Picholine. All are crushed separately before being blended. Nicely balanced, Baux-de-Provence oil is relatively fruity and remains sweet, with good body and finesse.

AOC Aix-en-Provence is a blend of three varieties: the rather sweet Salonenque, the Cayanne and the Aglandau, the most abundant, which is harvested when still partly green. The mixture produces a very wide aromatic palette dominated by a noticeable sharpness.

AOC Haute-Provence is obtained for the most part from the Aglandau, which gives this appellation a green color and a fruity character, with pronounced aromas of cut grass, violet artichoke and fresh almonds.

The region of Nice produces AOC oil from just one variety, the Cailletier, which is harvested when mature and develops flavors of dried fruit. Very sweet, it has a slightly sharp aftertaste. Nice’s small black Cailletier, commonly known as la petite olive de Nice, also has been awarded AOCs as a table olive and as pâte d’olive.

AOC Nîmes oil is made mostly from Picholine olives, which give it a slight bitterness, moderate sharpness and a fresh taste, with dominant aromas of plum and pineapple. The Nîmes Picholine also has AOC status as a table olive.

AOC Corse comes mainly from four varieties: Sabine, Ghjermana, Zinzala and Capannace, although several others are allowed—all harvested when very ripe. Extremely delicate and sweet, it offers notes of honey and apple as well as all the aromas of the maquis, Corsica’s renowed and fragrant underbrush, especially myrtle and the small yellow flower called immortelle, or everlasting.

A final note: all olive oil should be kept away from exposure to light, heat and air and should be used within a year to 18 months.

A l’Olivier
Opened in 1822, this is the oldest olive oil purveyor in Paris. All the oils are carefully selected, but specific producer’s names are not mentioned here. There’s also a large selection of vinegars, flavored oils and table olives—those from Nyons are particularly good. Fun and economical for anyone who uses a lot of olive oil: you can bring your own container to be filled. 23 rue de Rivoli, 4th, website

O&CO.
Founded in Haute-Provence in 1996 as Oliviers & Co and now known worldwide, O&CO., with nine pretty Paris shops, was basically responsible for the olive oil craze among Parisians. The idea of terroir is important here, and labels include the name of the producer and mill. The shops also carry other gourmet food products, olive-based soaps and cosmetics, and olive-themed paraphernalia. website

Première Pression
Two shops dedicated to Provençal oils with all three types—fruités verts, noirs and mûrs—and 23 producers to choose from. One format only, a 25 cl (8 oz) can, which costs from €6.50 to €9 depending on the provenance. Some are organic, and not all are AOCs, but it’s a good concept and a good way for neophytes to get started. 3 rue Antoine Vollon, 12th, and 9 rue des Martyrs, 9th. website

Sur les Quais
An Ali Baba’s store of riches in a colorful covered market, with some eighty different types of olive oil, including all the AOCs. The oil is kept in stainless steel tanks and bottled as it’s purchased. There are AOC table olives too, including Lucques, the crisp, pale green olive originally from Italy (the name comes from Lucca), now grown principally in France. Beauvau covered market, Place d’Aligre, 12th. website

Lafayette Gourmet
A wide selection of AOC oils including Rouge Olive AOC Haute Provence in a beautiful matte porcelain bottle, and Château d’Estoublon AOC from the Vallée des Baux in a flacon that resembles an enormous perfume bottle—a better gift than a bouquet of flowers. 40 blvd Haussmann, 9th. website

La Grande Epicerie
The finest AOC oils, notably that of the Moulin Saint-Michel in Mouriès, in the Vallée des Baux, in its famous golden gourd light aluminum container, very practical for packing in a suitcase. 38 rue de Sèvres, 7th. website

Le Monde des Olives
A serious shop offering oils from the entire world, notably that of Nyonsolive, the famous cooperative that started the whole AOC movement two decades ago. Tapenade and table olives from the same provenance, and just as good. 14 rue Laugier, 17th.

Originally published in the June 2009 issue of France Today. 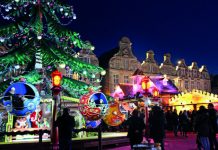 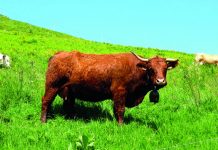 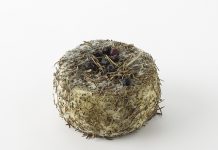