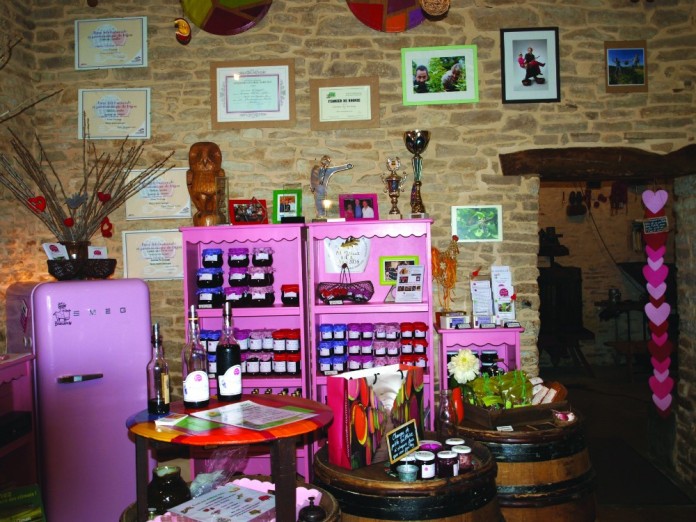 The great Burgundian wine kingdom has a quiet cousin, a little dark currant that is happy to makes its home in the shadow of the famous grape. This unassuming fruit goes by the name of cassis, blackcurrant or Ribes Nigrum. Yet although it’s far less celebrated than the noble vine, cassis has many hidden virtues, in terms of flavour and as a formidable store of nutrients. Since ancient times, both this shrub’s fruit and leaves have been used for therapeutic and medicinal purposes – they are proven to provide relief for coughs and colds, sore throats and act as a diuretic. Modern-day science has endorsed these claims, discovering that cassis contains many potent vitamins and minerals, especially Vitamin C, iron, calcium and manganese. Recent studies of comparable ‘super-fruits’ have seen the humble blackcurrant come well ahead of the field, mainly due to its very high density of antioxidants.

Europeans are very familiar with the blackcurrant flavour as an ‘everyday taste’ that’s most associated with cordials (Ribena, if you’re a Brit), juices, yogurts, cough sweets and desserts. By contrast, across the Atlantic in the United States, it’s a surprising fact that the very same currant was the subject of an agricultural ban lasting for much of the 20th century. Only in recent years have some of these bans been lifted and US growers are now beginning to develop the blackcurrant market.

Although there’s no disputing its health-giving properties, can cassis ever match up to the illustrious grape, in terms of taste and flavour? To find out I ventured off the beaten track in Burgundy, to meet an independent fruit and cassis producer up in the hills of the Hautes-Côtes de Nuit, which look down over the glamorous vineyards of Clos Vougeot, near the town of Nuits-Saint-Georges.

The road meandered ever upwards and just when I thought I might be forever lost in the Burgundian hills, after one more corner I came to the little Place de l’Eglise in the hamlet of Concoeur and right in front of me stood the charming shop-front and home of La Ferme Fruirouge, chez Isabelle and Sylvain Olivier.

The family have been farming here for four generations, Sylvain tells me, as we stroll amongst the blackcurrant bushes planted across the south-facing slopes. Compared to the inimitable character of the grapevine, these shrubs don’t look capable of producing anything very remarkable, but once the irrepressibly enthusiastic Sylvain takes you on a tour of his kitchens, you begin to change your mind…

The farm grows raspberries, strawberries, white and red currants, cherries and pêches de vigne (literally, peaches of the grapevine). But it’s the cassis that has been the success story. Sylvain proudly tells me that it has been nearly 20 years since they first started experimenting with his grandmother’s blackcurrant recipes and they’ve been certified ‘Bio’ organic since 2012. Now the little shop is stocked with more blackcurrant-derived products than I knew existed.

It’s an unpredictable affair, growing these fruits, especially with the changeable climate, so they freeze their récolte immediately, in order to stagger the transformation of currants into products throughout the year. Even so, extreme frosts and unusually hot summers can take their toll.

“C’est la nature” as Sylvain says – you have to respect it.

In the kitchens they’re turning the berries into the pulp, cooking them in large copper pots before maceration in alcohol, leaving the jus to be frozen ready for later transformation. There are some appetising smells as the aromatic steam rises from the cauldrons. Sylvain explains how the crème de cassis made from a morning harvest can vary in flavour and alcohol level from that of an evening harvest conducted on the same day. With a flourish he produces two glasses of blackcurrant liqueur produced on the same day – one morning, the other evening. I try both and have to acknowledge the noticeable difference – by the evening the little currants are drier and the end result is a sharper and more intense flavour.

What’s going on in the kitchen is just the start of the journey for these humble fruits, and what transformations they achieve! Jams, drinks, crème de cassis, currants in eau de vie, vinegars, fruit jellies, cordials, mustards, ketchups and even a vodka – the range is a testimony to the passion and creativity that Sylvain and his family invest in the business.

As we are in Burgundy it’s the ‘crème de cassis de Bourgogne’ that is the inevitable star of the show. Sylvain’s version is entirely home-made – it’s free from additives or colourants and comes from the venerable Cassis Noir de Bourgogne variety, which always used to grow alongside the grape vines and makes the best crème de cassis. It’s a wonderful deep purple colour, clings viscously to the side of the glass, and is rich and aromatic to taste, with a pleasing bite from 15 per cent alcohol. Some products, such as Super Cassis, go up to 20 per cent alcohol, but 15 is the standard. This crème is the base for the famous aperitifs, the Kir and Kir Royale, named in the 20th century after the mayor of Dijon, but originally called simply ‘vin-blanc-cassis’. Allow about 20 per cent crème de cassis to 80 per cent white wine – Chablis if you can afford it but any Chardonnay will work. Substitute with champagne or sparkling wine for the effervescent Kir Royale – I’ve never met anyone who doesn’t like it. In France you may also be offered mûre (blackberry) or pêche (peach) instead of cassis – they’re worth a try, but just don’t tell Sylvain!

Since returning from La Ferme Fruirouge with a small trunk full of crème de cassis, jams and mustards, I have converted to Kir as my preferred early evening aperitif. As it is now 6.30 pm and time to stop typing, I have poured myself a glass to salute Sylvain and his family, and all the other small, local, bio producers who are keeping the old traditions alive with new ideas. It’s delicious – but only for medicinal purposes, naturellement! À votre santé!