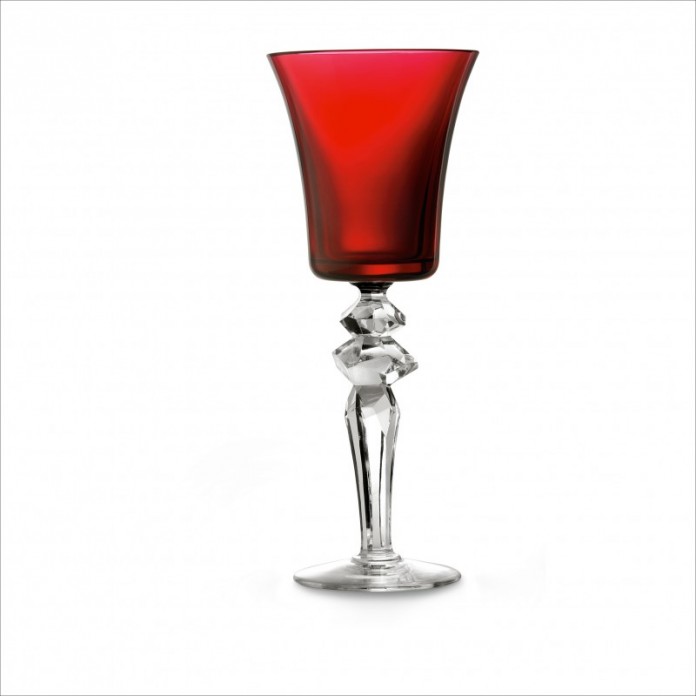 The royal glassmaker Saint-Louis, founded by order of Louis XV in 1767, shortly afterward became the first on the European continent to turn glass into crystal by adding lead (a secret that had been discovered by the English nearly a century earlier) and later won renown for its rainbow colors. Baccarat, also with letters patent from Louis XV, opened in the small town of the same name in 1764. More than a century later, Jean Daum bought a glass foundry in Nancy, where he was joined by his brothers Auguste and Antonin; together with cabinetmaker Louis Majorelle and artist Emile Gallé, they created the Art Nouveau Ecole de Nancy and perfected the ancient technique of molten glass. Today they’re all back with glittering éclat. Now owned by Hermès, Saint-Louis pursues its reputation for color and diamond-cut rock crystal with its Excess collection by designer Hervé Van der Straeten, and recently opened a museum in its hometown, St-Louis-lès-Bitche. Baccarat revolutionized glass design with its black crystal glasses and chandeliers by Philippe Starck, who also designed its palatial headquarters and museum in Paris. And Daum, which developed molten crystal in the 1960s, now works with such contemporary artists as Arman and Alain Séchas, and recently launched a collection based on watercolors and drawings by Georges Braque. Saint-Louis: 13 rue Royale, 8th; Baccarat’s website; Daum’s website