Home Travel Travel Features The Lot-et-Garonne: One of the Best Kept Secrets in France

The Lot-et-Garonne department in the Nouvelle Aquitaine region of Southwest France has been described as “the France that you always hoped existed but could never quite find”. It’s idyllic; a paradise.

I looked over at my friend as she was talking feverishly about the still, quiet beauty of the river Lot in the first morning light, and how pulling up stakes and leaving England at her age, her late fifties, to live on an old barge boat had been scary at first, like all new adventures. Yet choosing this uncommon life had brought her immense satisfaction, fulfilment and joy. I noted, too, by living the life she was called to live, her face had softened, and stress once so evident now gave way to a warm, youthful glow. Joy is, after all, the best facelift.

There were at least eight or so of us that evening sharing a table at an open air market in a traditional little hamlet called Fongrave. The live band was well underway. It was a sixties night and the lively square was filled with a good many from that era, rocking away to the Beatles. We were eating delicious mounds of fries, some even dipping them into bowls of steamy bœuf bourguignon, while others who were more daring than me tried the escargots de Bourgogne. I had yet to eat my lemon tartin. The band stopped for a break and once more a romantic breeze of softly spoken French caressed the air. I was besotted.

Fongrave is a charming little 12th-century hamlet with its pretty square overlooking the river Lot, where fishing or a leisurely boat ride down the river is a daily summer occurrence. I love to take a stroll in hamlets or villages like this one, past orchards pregnant with fat, juicy violet-blue plums. Fongrave is also on a cycle route, where country roads invite you to grab a bike and meander through the countryside.

In the heart of Fongrave, clouds of petunias and geraniums hang from the stone houses lining the street. I remember marvelling at the colours of the shutters: pistachio, aubergine, coffee cream and faded blue. On summer evenings they are swung wide open and held firmly in place against mushroom coloured stone walls until the house regains its composure and breath.

Aux Délices de Fongrave is as its name suggests, one of the most delicious restaurants in the region with its outdoor garden and leafy trees. Tables are laden with scrumptious, authentic French cuisine (made from the recipes of the French grandmas of long ago). International cuisine is also offered.

You’ll find remarkably quaint bastide towns perched on the surrounding hilltops (Pujols is the most beautiful), each with a story to tell, no longer fiercely guarding their communities but instead offering quiet, sweeping views of lush green countryside. It’s this reason why I was seduced back to this part of France, eventually buying my very own French patch here. The Lot-et-Garonne is a ‘Garden of Eden’ and I relish its peace and bliss. I’m enchanted by its endless green meadows full of wildflowers that neighbour massive fields of bright, blooming, cheery faced sunflowers.

The locals think of the Lot-et-Garonne as the biggest garden bed, only interrupted by farmhouses in the distance, perhaps a moulin (windmill) or a towering chateau with generations of stories and secrets embedded within its medieval walls. No, as much as my friend protests, I can’t keep the beauty of the Lot-et-Garonne to myself. What is life without sharing? It’s a place ideal for artists and I am of the belief that there is an artist in every one of us, even it it’s just “the art of admiring”. À bientôt! 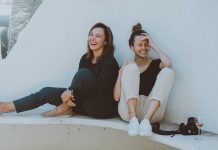