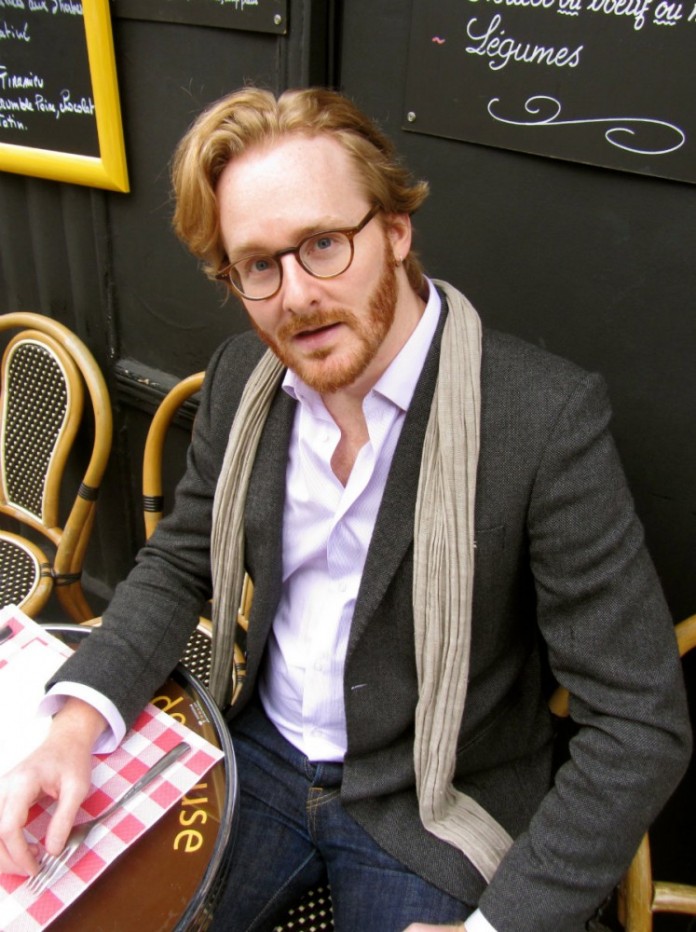 A native of Saint Paul, Minnesota, and a graduate of NYU’s Institute of French Studies and School of Journalism, Jeffrey T. Iverson has called Paris home since 2000. His stories of maverick chefs, enlightened winemakers and prolific artists have notably appeared in France Today, Time, Centurion and Departures magazines. Here Iverson shares his favourite addresses in Paris, and tips for travel in France.

What’s your perfect day in Paris?

My perfect summer day starts at the Saturday market on Boulevard de la Villette, where I’d get some oysters and rotisserie chicken, before heading to the Parc des Buttes Chaumont for a picnic. In the afternoon I might go visit the lovely Musée de la Vie Romantique, 16 Rue Chaptal, a former artist’s home at the foot of Montmartre once frequented by the likes of George Sand, Frédéric Chopin and Franz Liszt, and relax in the garden with a cup of tea. I’d then take a walk up the Canal Saint Martin, visiting shops and finishing the day with dinner at Le Verre Volé. Otherwise I might grab some great street food from the food trucks always parked at the concert venue Le Point Ephémère, and perhaps stick around for some good jazz, or head to the Théâtre de la Ville, for some contemporary dance, or to Théâtre du Châtelet, for just about anything they’re putting on, or maybe just over to the Odéon Théâtre, for a farce by Georges Feydeau.

Your favourite restaurant in Paris?

One of my current favorites is Le Galopin, restaurant of Romain Tischenko, France’s Top Chef 2010, and his brother Maxime. Tischenko’s cuisine brings to mind the impeccable produce and curiosity for other cultures you find at chef William Ledeuil’s Ze Kitchen Galerie, mixed with the creativity and maverick attitude of Inaki Aizpitarte’s Le Chateaubriand.

A dinner a couple years ago at La Grenouillère, the Pas-de Calais restaurant of the revolutionary young chef Alexandre Gauthier. It was one of those rare meals where every dish—juniper-smoked lobster tail; lamb’s tongue with thistle and nettles; foie gras with green strawberries, cucumber, basil and smoked cod roe—was more mind-blowing than the last.

Traveling through the Beaujolais region with my family, visiting the vineyards and golden-stoned hilltop villages and enjoying the rich, earthy cuisine (including the best coq au vin of my life, in an unassuming café in the town of Fleurie).

Brittany, especially for its wild coastline and islands.

I attended the opening of Louvre Lens, and was captivated by what they’ve created there on top of an old mining pithead. Visiting the collection was like walking through the entire history of art and humanity, and in its museography and use of technology, it struck me as one of the most forward-looking museums in France.

Boutiques where you shop during the semi-annual soldes?

For non-Francophones, the quality of everyday interactions with French people, especially in Paris, are often considerably improved if one simply learns to greet and excuse themselves for their lingual deficiency in French. Learn the phrase, “Bonjour! Excusez-moi, je ne parle pas français, parlez-vous anglais?” and you might find even Parisians can be occasionally friendly!