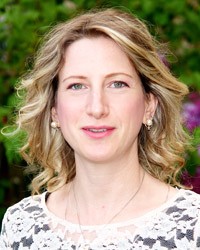 Food writer Gemma Driver lived in France for eight years, and now divides her time between her cottage in the rural Dordogne and her home in the UK. Creator of The Gastropod, Driver embraces the French rural lifestyle, growing her own vegetables and experimenting with making preserves, beer, and cheese. “During my time in France, I’ve become familiar with customs, seasonal produce and food festivals, and the locals who produce or champion French food and drink,” she explains. Some of her favourite picks for travel in France are thus food-inspired.

What’s your perfect day in Paris?

Coffee and croissant sitting outside – it’s a hot day, of course. Then up the Eiffel tower while the morning’s still fresh and the crowds have yet to descend. After that, a stroll and plat du jour in Montmartre. Maybe a boat trip and a market during the afternoon. The swanky car that had been taking me around all day would then return me to my suite – in a traditional and opulent hotel, like Hotel Daniel or Terrass Hotel – for me to freshen up. Dinner would either be fine dining (e.g. Akrame or La Table du Lancaster) or at a friendly bistro.

At the ethereal Moulin du Roc, my favourite restaurant, sitting outside on my birthday. Everything is special, delicate, thoughtful, clever. But also I had a wonderful meal at a ferme auberge once when I was on holiday in the Dordogne, but then failed to find the place again when I lived there. Then there was a dream meal with neighbours, vendange (grape harvest) meals, and game-rich hunting society meals.

Too many to name one favourite! Motorbiking and camping round France twice provided me with countless good memories, but also trips to the beach near Bordeaux (including oysters by the sea for lunch and grilled steak on for dinner on the way home), to the Alps, Pyrenees and Massif Central for snowboarding and fondues, to Montpellier for the vibrant music scene and beaches, cassoulet in Carcassonne, tripe in Tours… The list goes on, and each memory is best in a different way.

Languedoc-Roussillon; so diverse in landscape, cuisine and culture.

Manon des Sources and Jean de Florette. Maybe a rather predictable choice, but they really touched me when I saw them as a teenager, and I will always love those films.

Decent garlic. Most garlic available in the UK is dry, with infuriatingly tiny cloves. It generally comes from China. A good tresse of bulging, crunchy, juicy French garlic is a joy to cook with after enduring the measly specimens available in British supermarkets.

I’m intrigued to visit the beachfront St Tropez celeb hangout, Club 55. Other than that I have lots of places that I want to revisit, like the beach south of Bordeaux on a hot day. I used to have regular day trips there during summer, when I lived in the Dordogne, but I haven’t been for a few years. Also my cottage! I haven’t been for a while, so looking forward to seeing the place very soon. I’d like to go to Corsica again and the southern French Pyrenees in summer.

Taste anything you’re given; don’t be afraid of the unfamiliar. You can taste your way around France, and the flavours will enhance your memories.