Home Culture France In America Kid or Adult, Summer Is a Great Time To Learn French in...

So starts the Summer Camps program at Alliance Française San Francisco (AFSF), one of several summer camps for children offered in the Bay Area. All summer long, students learn French through adventure and play in culture and the arts, including exploring through the persona of knights, pirates, royal families and junior scientists. All with the help of summer camp mascot Louis Le Crabe.

“Our summer camps are designed to cater to the specific learning needs of each individual student at their own pace by means of fun, creative and exciting activities,” said Pascal Ledermann, Executive Director, AFSF. “The mission of our camps is to give the students a great time, an opportunity to meet new friends, and above all create a long-lasting interest in French and French-speaking cultures… They also really like Louis le Crabe.”

The 12-week AFSF camp is designed for children from four to 12 years of age. Everyone speaks French while exploring a new theme each week. The themes include The Little Prince, Kid Detectives, Paris – City of Lights, The Sea – World of Pirates and Mermaids, Junior Scientists, and more. The campers will perform four plays in French in the Alliance Theatre.

“The hardest part about developing the camp classes is to make the activities safe and engaging, allowing for (each) child’s development, curiosity and self-confidence,” said Ledermann.

Education Française in the Bay Area (EFBA) is a summer camp that aims to make learning French a superpower. The French government recently knighted President Gabrielle Durana for her and her team’s work in teaching French to young students. EFBA’s goal is to make learning French fun and easy for kindergarten through 8th grade students through games filled with imagination, lots of cardboard masks and costumes. Each week has a theme that is acted out in games, music, art projects and imaginary adventures that include chases and treasure hunts.

This summer’s themes for young students include Magic Spells, Gypsy Circus, The Three Musketeers, On Board the Nautilus and Leuk-the-Hare, an animal in the African Savanna. Older students explore soccer, photography and leadership through self-development.

“This gives all the campers an immersive experience, filled with the opportunity to become explorers, adventurers, artists and researchers in a relaxed and fun atmosphere,” said Vincent Minquoy, EFBA Marketing and Communications Director. “All kids agree that although they have certain activities they appreciate, they all have the same part they really like, which is to learn and talk in French. Giving children the opportunity to build and be proud of a bilingual identity is the goal of EFBA.”

There are five EFBA camp locations throughout the Bay Area, including San Francisco, Mountain View, Oakland, Santa Rosa and Larkspur.

Summer camps have long been a tradition for students in France too, including English language camps. Although many support the regular school curriculum, others use the technique of play to immerse children in learning English.

“There is a true mentality of sending children to camps in the summer for the French, even more than in the U.S.,” said Minquoy.

There are plenty of classes for adults to learn French in the Bay Area too, often with a cultural twist. Alliance Française Silicon Valley has two campuses for classes – Palo Alto and Campbell. Classes are offered from Absolute Beginner to Proficiency, including a class on improving pronunciation. Proficiency classes offer discussions on the French Revolution and the Influence of French Civilization.

Alliance Française San Francisco offers a variety of adult classes too. One is Apéro Conversation, where students can converse and practice their French munching on French cheese.

There are many other classes offered for French language students, from classes at Stanford University to personal tutors. If you’re real serious, a Masters Degree in French is offered from San Jose State University. A complete list of available classes is located on Bay Area Francophile List, which is a weekly calendar of cultural events of interest to Francophiles and Francophones in the Bay Area.

Information about the Bay Area Francophile List is here 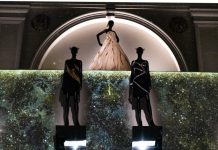 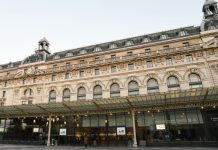 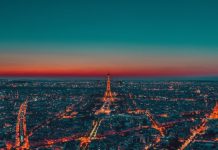