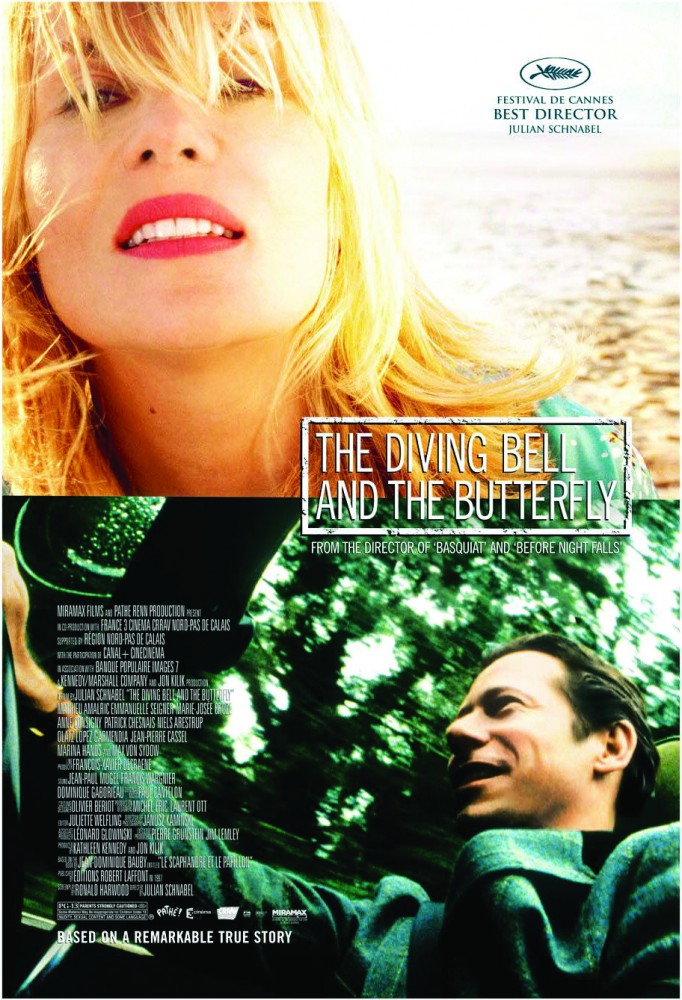 Jacques of All Raids

A seriously thrilling two-part film with a heart as icy as its titular subject that’s much in the tradition of such masterful gangster movies as Le Cercle Rouge and Rififi. They examine the life and  criminal times of one of France’s most notorious robbers, Jacques Mesrine, and are pacey and action-packed with plenty of back story – showing his brutalisation during military service in Algeria, before he took to crime. It’s based on the self-serving – some say partially truth-shy – best-seller, Death Instinct, which Mesrine wrote in prison. This (anti-) hero was always as much a media darling as he was ‘Public Enemy #1’…

What makes these films stand apart from other criminal yarns based on fact (well, perhaps 80 per cent, in this case) is the presence of Vincent Cassel in the title role – he’s brooding, sexy, menacing and witty. Proof, if it were needed, that everyone loves a bad boy. Except ‘les flics’, that is…

The Art of Communication

This ‘unfilmable’ story was brought to the screen with great invention by artist-turned-director Schnabel and features a mesmerising performance by Mathieu Amalric as journalist Jean-Dominique Bauby. It’s based on Bauby’s best-selling memoir, written following the December 1995 stroke that left him with locked-in syndrome – mentally aware but paralysed and with just a small amount of movement in his head and eyes. Bauby created a communication system that works by blinking to write about his condition.

The early scenes show Bauby, who’s later revealed to be the Editor-in-Chief of Elle, in his extremely rare ‘imprisoned state’, beginning his medical rehabilitation. We first hear Bauby’s ‘thoughts’ and then the film’s perspective gradually opens up, to reveal his life before the stroke – including regrets and fantasies – via a series of flashbacks. A touching, engaging film.

A landmark in world cinema, Danish director Dreyer’s silent film used the records from the 1431 heresy trial of ‘The Maid of Orléans’ as the basis for his unique passion play.

Perhaps the most striking aspect of the film – second only to the beautiful photography – is the staggeringly accomplished lead performance by renowned stage actress Renée Jeanne Falconetti, in only her second (and last) film. For someone asked often to do no more than stare and weep, she’s beguiling to watch. And the execution (I’m hardly giving  the game away!) remains one of the most moving scenes ever filmed. A fittingly remarkable tribute to the bravest of women.

Portrait of a Genius

When this unusually matter-of-fact biopic first played at the Cannes Film Festival, it was reported that some of the members emerged asking where ‘the bit about his ear’ was. During a psychotic episode, it’s known that Van Gogh cut off – partially or  wholly – his left lug. What this omission tells us is that Pialat’s semi-factual take on the last three months of the troubled Dutch artist’s life in Auvers-Sur-Oise doesn’t pander to common perceptions – it paints with broader, less sensationalist strokes.

Moreover, Van Gogh’s best known works, and their creation, barely make it to the screen. The focus here is on his final relationships, notably with the physician/amateur artist Dr Paul Gachet, his wife, artistic rivals and brother. Gallic pop icon Jacques Dutronc is fabulous in the lead.

Taking its French title from Edith Piaf’s nickname, ‘Little Sparrow’, and its English one from her signature tune, Dahan fashioned a sprawling, epic biopic of the diminutive warbler’s extraordinary rise, from the daughter of a street singer and acrobat to legendary performer and French icon.

Although nitpickers may point to this film’s fragmented narrative style and occasional plot hole – such as the extent of  her direct involvement in prostitution or in the murderous demise of Louis Leplée, the nighclub owner who discovered her talent – we prefer to marvel at the painstakingly recreated period set pieces and the goosebump-inducing final performance of (what else) Non, Je Ne Regrette Rien.

Marion Cotillard gives what time will surely prove to be her career-defining performance – she carries the entire piece in spellbinding fashion with a pitch-perfect depiction of the Sparrow’s unique life of triumph and tragedy, often seemingly in the same breath.