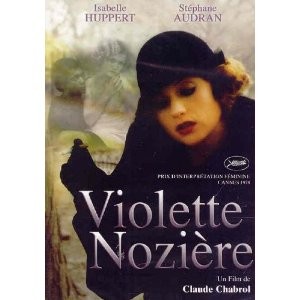 With the death of the 80-year-old Claude Chabrol this September, French cinema lost another pioneer of the New Wave. From his first film (Le Beau Serge, 1958) to his last (Bellamy, 2009) the prolific Chabrol directed an average of one film a year. Chabrol worked in many genres, from subtle thrillers to tongue-in-cheek comedies, but his films were always observant and often witty critiques of the French provincial bourgeoisie.

When his young son is killed by a hit-and-run driver, Charles Thénier (Michel Duchaussoy) becomes obsessed with finding the culprit and making him pay with his life. By chance he discovers the man responsible, Paul Decourt (Jean Yanne), who proves to be feared and hated by his whole family. Chabrol’s 20th film is one of his darkest and most gripping, with both Duchaussoy and Yanne giving haunting, top-notch performances.

Hélène, a young schoolteacher (Stéphane Audran, who was Chabrol’s wife at the time), is courted by the local butcher, Paul (Jean Yanne), a gentle but tormented army veteran. But before long Hélène begins to suspect that Paul is the serial killer of women who has been terrifying their village. This subtle and fascinating psychological thriller is also a moving love story about two lonely souls.

This film marks the first collaboration between Chabrol and Isabelle Huppert, who would become one of his favorite actresses. It is based on the sensational 1934 case of Violette Nozière, a young middle-class woman who lived a secret dissolute life and attempted to kill her parents (although her mother, portrayed in the film by Stéphane Audran, survived) in order to lavish money on her bad-boy lover. Huppert won the award for best actress at the 1978 Cannes Film Festival for her portrayal of Violette, an equivocal figure at once vulnerable and calculating.

This film is typical Chabrol: a picture-perfect provincial town, an ensemble of people who are not what they seem, and a few horrific deaths, seasoned with quirky dialogue. Jean Poiret stars as the cynical but extremely likable Inspector Lavardin, who is in charge of investigating a double murder and in the process uncovers the dark secrets of the town’s bourgeoisie.The character was so successful that Chabrol brought him back in 1986 for Inspecteur Lavardin.

Many of Chabrol’s most memorable characters were women, and his movies frequently afforded the actresses award-winning roles, as this one did for Isabelle Huppert (Best Actress, Venice Film Festival). Une Affaire de Femmes, inspired by the real-life story of Marie-Louise Girard, executed in 1943 by the Vichy government for performing illegal abortions, observes the dark period of German occupation and denounces the hypocrisy of the Vichy authorities from the unusual point of view of women.

The secretive Sophie (Sandrine Bonnaire), newly hired by the wealthy Lelièvre family, seems like the perfect maid. However, ashamed to admit to her employers that she is illiterate, she soon has trouble with such simple things as reading a shopping list. She befriends Jeanne, a spirited and eccentric postal employee (Isabelle Huppert) whom the Lelièvres suspect of opening their mail. The tension slowly rises between Sophie and the family, leading to a gritty finale. Based on the novel A Judgment in Stone by British crime writer Ruth Rendell.

This political fable examines the corruptive nature of power. It is inspired by a notorious political-financial scandal of the 1990s that exposed widespread fraud within the French company Elf-Aquitaine. An investigating judge (Isabelle Huppert, in a role based on real-life judge Eva Joly) gets a taste of her own power when she orders the arrest of a high-flying CEO (played by François Berléand, based on Elf-Aquitaine CEO Loïk Le Floch-Prigent) and charges him with embezzlement.

A FEW OTHER FAVORITES, AMONG MANY: