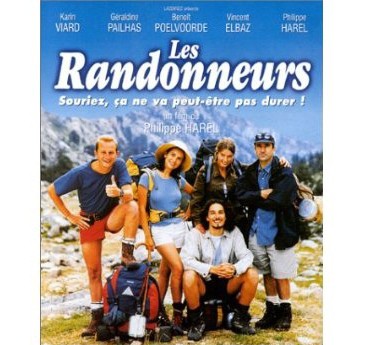 Enjoy a vicarious vacation in France this summer without leaving your living room.

With no fortune left, the Torrignes have sold their splendid family house in the Gard region and the extended family gathers there to spend one last summer together. Among them, Jacques (Michel François) and Juliette (Odile Versois), two 16-year-old cousins who haven’t seen each other in a year, realize that they are in love. When a Parisian architect, sent by the new owners to inspect the house, starts flirting with Juliette, Pierre makes plans to drive him away. This beautiful film, full of nostalgia, is as much about the end of an era as it is about the loss of childhood.

IN A SEASIDE HOTEL

In this masterpiece of slapstick comedy Tati introduces his audience to his alter ego, Monsieur Hulot (four other films starring Hulot followed). When Hulot goes on holiday to a seaside resort, the peace and quiet of the hotel don’t last very long. Although his intentions are good, he turns everything into a catastrophe. This satire of middle class vacationers determined to enjoy themselves includes a series of hilarious, precisely choreographed visual and audio gags involving dogs, boats, firecrackers and a famous tennis lesson.

Paris has certainly changed a lot since this romantic comedy was released but one thing hasn’t: Parisians still desert the city in August. In this delightful film, 40-something Henri (singer Charles Aznavour, who sings the eponymous theme song) sends his wife and kids on vacation and stays alone and free in the empty city. He encounters a young British woman, and together they live an intense and passionate love story, condemned to end by the last day of August.

In this entertaining comedy, five friends decide to take a break from their busy Parisian lives and head off on a strenuous week-long hike in the beautiful mountains of Corsica, led by a skilled but pretentious guide (popular Belgian comedian Benoît Poelvoorde in a memorable role). The complications of their love lives follow the somewhat reluctant hikers in what proves to be a vacation from hell.

In this caustic and witty comedy, Jacques (the director’s brother Denis Podalydès), on holiday with his wife and their four children on the Atlantic coast island of Oléron, buys a sailing boat on a whim and decides to take his family on a sailing trip to the not-so-distant island of Aix, even though he has never sailed before.

The Camping des Flots Bleus (Blue Waves Campground), on the French Atlantic coast, welcomes its regular working-class vacationers (including a hilarious Speedo-clad Franck Dubosc), all ready to forget their everyday problems and indulge in a leisurely life with friends, barbecues, drinks and sunbathing. But a Parisian plastic surgeon (Gérard Lanvin) and his daughter, heading for Marbella when their sleek car breaks down, have no other choice but to stay at the campground, letting everyone in for some hilarious culture shock. In 2010, Onteniente reunited his group of actors (with Lanvin replaced by Richard Anconina in a similar role) in Camping 2.

Originally published in the July/August 2010 issue of France Today; updated in June 2011