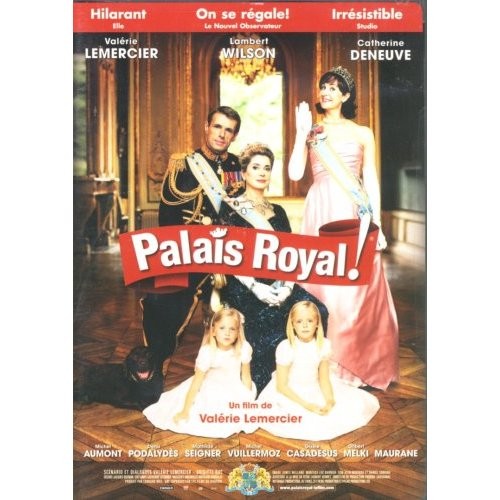 International Star
Marion Cotillard
For her role as Edith Piaf in La Vie en Rose (2007), Marion Cotillard became the first French actress to win an Oscar for a French-speaking role. (Her French predecessors, Juliette Binoche and Simone Signoret, both won for English-speaking parts.) A beautiful, witty brunette with tantalizing eyes, Cotillard began her film career as a teenager and became famous in France for starring in the box-office hit Taxi (1998) and its two sequels. Since her Oscar, Cotillard has been paired on-screen with Johnny Depp (Public Enemies by Michael Mann, 2009), Leonardo DiCaprio (Inception by Christopher Nolan, upcoming) and Daniel Day-Lewis (Nine by Rob Marshall, upcoming). With her US career in full swing, she’s been too busy for French films lately. Also: Audrey Tautou, Mélanie Laurent, Juliette Binoche, Catherine Deneuve

France’s Darling
Sophie Marceau
At age 14, Sophie Marceau became an instant star with her lead role in La Boum (1980), followed by its sequel, La Boum 2 (1982). The highly successful films are now icons of 1980s teenage life. Marceau came of age in the public eye and remains one of France’s most cherished and accomplished actresses today, both in commercial comedies and independent dramas. She was chosen as a model for the bust of Marianne, the symbol of the French Republic. Outside of France Marceau is known for her roles in the Oscar-winning Braveheart by Mel Gibson and as a James Bond girl in The World Is Not Enough alongside Pierce Brosnan. Marceau has also directed two feature films. Also: Chiara Mastroianni, Charlotte Gainsbourg, Cécile de France, Vanessa Paradis

Chameleon
Yolande Moreau
Belgian comedian and clown Yolande Moreau rose to fame in France with the hilarious 1990s daily TV show Les Deschiens. She was given her first film role by Agnès Varda in Vagabond (1985) and played numerous small parts, such as the concierge in Amélie. Moreau has the capacity to immerse herself in all kinds of characters and bring them to life in her unique, very physical way. She has received two Césars (French Oscars) for Best Actress — for Séraphine (2008) and When the Sea Rises (2004), which she co-wrote. She also starred in the highly original anarchist comedy Louise-Michel (2008). She can play absolutely anything — film critic Stephen Holden has described her as “an actress for whom there is no American equivalent”. Also: Isabelle Huppert

Sex Symbol
Monica Bellucci
Italian-born Monica Bellucci was already a top model when she decided to take acting lessons. Thanks to her established fame, she was quickly given significant parts and became an iconic actress in Italy, France and the United States. (One of her first roles was in Coppola’s Dracula.) Resembling a dark-haired Brigitte Bardot, she was named Most Beautiful Woman in the World by French TV viewers in 2004. In 2002, Bellucci starred alongside her husband, French actor Vincent Cassel, in Irréversible, a challenging film by controversial director Gaspard Noé that contains one of the most violent rape scenes in the history of cinema. Her performance is outstanding. Bellucci and Cassel are one of French cinema’s most glamorous couples. Also: Laetitia Casta, Ludivine Sagnier

Cerebral
Emmanuelle Devos
Independent filmmaker Arnaud Desplechin’s fetish actress, Emmanuelle Devos appeared in his very first film, La Vie des Morts (1991), and has played in every one of his works since then, brilliantly portraying a gallery of obsessive and passionate characters. She excels at difficult roles with touches of gravity and irony, such as her portrayal of Agnès in Emmanuel Carrère’s strange La Moustache (2005). With her uncommon beauty and her sensual voice, Devos is one of France’s most talented and singular artists. In 2001, when everyone was sure the César for Best Actress would go to Audrey Tautou as the star of Amélie, Devos was the surprise — and surprised-winne —  for her role as a deaf-mute secretary in the Jacques Audiard thriller Read My Lips. Also: Sylvie Testud, Jeanne Balibar

Funny Gal
Valérie Lemercier
Now for one of the rare purely comic actresses in France. Valérie Lemercier became famous playing Lady Palace in the 1980s cult TV show Palace. Her character, an uptight grande bourgeoise, became her persona on the big screen as well as in her hilarious one-woman stage shows. In 1994 she won the César for Best Supporting Actress for her double role in the hit comedy Les Visiteurs (1993) and since then has proven the full extent of her talent in more challenging roles, especially in Claire Denis’s Friday Night (2002). The comedy Palais Royal (2005), her third film as a director, was a huge success in France. Although not well known outside of France, Lemercier is a beloved figure here. Also: Josiane Balasko, Michèle Laroque