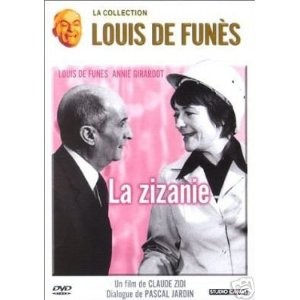 The talented and versatile Annie Girardot, who died last February, was once France’s most popular actress. She faded into near-oblivion for a while, before achieving an unlikely but happy and welcome comeback.

Annie Girardot got her big break in this Italian classic in which she shares the screen with French heartthrob Alain Delon. Rocco e i Suoi Fratelli tells the story of a poor family from southern Italy moving to the northern city of Milan, hoping against all odds to make a better life. The masterpiece was a turning point in Luchino Visconti’s brilliant career, a perfect balance between the grim neorealism of his earlier films and the operatic melodrama of his later works. Girardot and Italian co-star Renato Salvatori married shortly after making the film, and had a daughter, Guilia, Girardot’s only child. They separated a few years afterwards but never divorced.

In the 1970s Girardot’s career was at its top. French cinema’s darling, she was the best-paid French actress of the time and equally at home in comedies, dramas and thrillers. She became associated with the French feminist movement by portraying strong professional women fighting to succeed in a male-dominated world. Mourir d’Aimer is based on the true story of high school teacher Gabrielle Russier who, in 1969, committed suicide after being condemned to prison for having an affair with a 17-year-old student. Despite its controversial subject the film was a huge success and was nominated for a Golden Globe as Best Foreign Language Film.

In this realistic film, Girardot plays another hardworking modern woman, a doctor who gains a new perspective on life when faced with a life-threatening disease. Françoise Gailland struggles between a demanding job, a family and a lover. When she learns that she has cancer, she finds it hard to become a patient herself, but is determined to face the disease and put her life in order. Girardot won her first César for her magnificent performance in the film.

La Zizanie is one of the comedies in which Girardot excelled. Paired with France’s favorite comic actor Louis de Funès, she gave one of her most memorable comic performances in this lighthearted, laugh-out-loud movie. Guillaume Daubray-Lacaze, an unscrupulous factory owner, is the mayor of a small town. Outraged by yet another of his schemes, his environmentalist wife Bernadette decides to leave him, and to run against him in the upcoming mayoral race.

During the 1980’s Girardot was faced with both professional flops that financially ruined her, and personal tragedies that included her mother’s death, her daughter’s drug problems and her own cocaine addiction. She more or less disappeared from the screen until her longtime friend Claude Lelouch gave her the role of Madame Thénardier in his updated adaptation of Victor Hugo’s Les Misérables. In 1996 a tearful Girardot received the César for Best Supporting Actress and gave a heartbreaking speech in which she said “I don’t know if French cinema missed me but I missed French cinema, insanely, deeply, painfully… And your recognition, your love, make me think that maybe, I say maybe, I’m not quite dead yet.” She was invited to be the president of the César ceremony the following year.

In the 2000’s, Girardot’s most notable role was in this highly disturbing story of sexual repression, perversion and solitude, in which she plays Isabelle Huppert’s abusive mother. The role earned Girardot her third César for Best Supporting Actress. In 2006, it was announced that the actress was suffering from Alzheimer’s disease, and she died in February 2011 having no recollection of the great actress she once was.