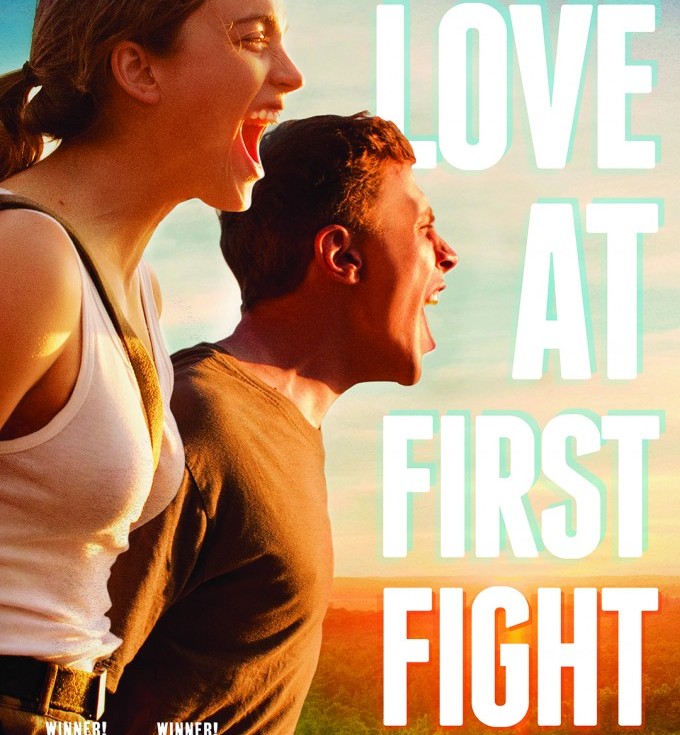 I’m with the Bande

A two-hour film about a gang of 16-year-old girls as they endure typical teenage ups and downs, domestic tribulations, romantic excursions and brushes with local naughty boys in a down-at-heel cité estate on the outskirts of Paris might not sound like everyone’s idea of fun. Yet in the astute hands of Céline Sciamma – an expert in the depiction of young female dynamics – it’s revelatory, even sprinkled with stardust.

Marieme is our protagonist, a student who achieves low grades and appears to be drifting idly along. She’s shy, unassuming and lives in a tiny flat with her sweet younger sisters, on whom she dotes and cares for, as well as an a overbearingly protective older brother. However, her narrow world changes forever when she’s ingratiated into a tight group of three very charismatic friends who, at first, treat her with suspicion and, eventually, sisterly love.

It’s a fabulous study of a young woman’s tentative steps into adulthood, blossoming confidence and life lessons. Karidja Touré turns in a bravura performance as Marieme– at turns heart-breakingly vulnerable and fiercely rash, it’s fine acting from a virtual beginner. The film (and soundtrack by Para One) will live long in your memory and perhaps change preconceptions of lives led in Paris’s grittier immigrant outposts.

This hugely enjoyable debut feature from writer-director Cailley is part comedy and part social commentary, the latter dealing with the difficulties facing French youth in the face of growing unemployment. The main draw, though, is the slow-burning romance between two contrasting personalities.

The Aquitaine-set action begins as mild-mannered Arnaud (Kévin Azaïs) and abrasive, survival technique-obsessed Madeleine (Adèle Haenel) clash at an army recruitment day, where he eyes a future away from the family firm, while she fears for the future of the human race. They soon head off for boot camp and an unlikely bond grows.

A word of praise for the driving, 1980s-style synth soundtrack by Hit+Run and, conversely, a furrowed brow when faced by the rather flippant UK/US title of a film which was originally more evocatively named.

The Making of a Man

Desplechin’s CV is as strong as they come– Kings and Queen and the wonderful family melodrama A Christmas Tale – and he picks great young actors. He returns with another sprawling ensemble marvel, which sees regular collaborator Mathieu Amalric star as a mysterious man who’s looking back upon the key moments of his life, from an unhappy childhood through some teenage spy escapades in Russia to the myriad tribulations of first love.

The casting and acting are wonderful, especially regarding the youngsters who play the lead parts, but most mesmerising of all is débutante actress Lou Roy-Lecollinet.

Halfway through 2015 there was a contender for the best thriller of 2015. Jean Dujardin, from The Artist and the OSS series of spy capers, reins in his smugness and deft comedic touches here, playing an intensely driven judge, family man and ex-gambler who’s given the unenviable job of tackling the drug cartels who are destroying the city of Marseille.

The 1970s styling of the clothing and interiors is spot-on, while the heat, danger and intensity of the Riviera simply diffuses from the screen. The cast is superb, especially Gilles Lellouche as drug lord Tany Zampa and a cameo by the magical Benoit Magimel. Derivative it may be – a tense meeting of the arch rivals apes Pacino and De Niro in Heat – but with thrills and (blood) spills aplenty, this ‘French Connection’ from les flics’ perspective makes terrific viewing.

This beautifully shot film tackles the harsh realities of Sharia Law, the spread of jihadism in the sub-Sahara and violent oppression by Islamic militants, among the dunes of a Mali village. It’s deeply pertinent to our times and hugely affecting.

The irony of depicting Jihadi recruits assessing the merits of footballers Messi and Zidane after enforcing the edict of forbidding the game – along with music and smoking – isn’t subtle, but it does serve to highlight the cultural repression at play, while the scene during which a female fishmonger refuses to wear gloves is simply scintillating.

Amid the ideological battles, the focal point is the struggle of a goat herder and his young family. Never has a protest film looked so great or packed such a heart-stopping finale. Magnificent.