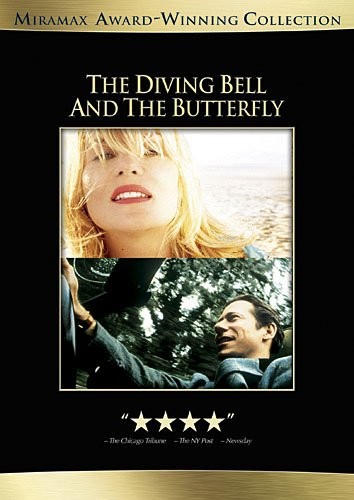 Mathieu Amalric, winner of the Best Director award at Cannes last May for Tournée (On Tour), is also one of France’s top actors. First discovered in eccentric roles in auteur films, he’s now moving into the big-budget scene.

Comment Je Me Suis Disputé…(Ma Vie Sexuelle) (My Sex Life… or How I Got Into an Argument) Arnaud Desplechin, 1996

Mathieu Amalric’s career has always been closely linked to director Arnaud Desplechin. This early movie brought recognition to both of them, despite its nearly three-hour length and weighty dialogue. Amalric plays Paul Dedalus, an assistant professor of philosophy who keeps taking wrong turns as he tries to begin what he would call his “life as a man”. Engaged to Esther (Emmanuelle Devos) in an on-and-off relationship for ten years, Paul falls in love with other girls, including the weirdo Valérie (Jeanne Balibar) and the charming Sylvia (Marianne Denicourt), who was already paired with his best friend. Brilliantly scripted and performed, the film is a fine example of French auteur work, and it won Amalric a César for Most Promising Actor.

Desplechin reunited his two favorite actors in this poignant family drama. Nora (Emmanuelle Devos) is the reclusive single mother of a beloved son, Elias, whose father is deceased. When Nora discovers that her own father has terminal cancer, she seeks out her ex-husband Ismaël (Amalric), whom her father had helped to raise. But Ismaël, a nutty viola player, has been committed to a mental institution, where he has met another patient, Arielle. Combining moments of pure comedy with solemn tragedy, Rois et Reine is packed with remarkable secondary characters, including Madame Vasset, played by Catherine Deneuve. But it is Amalric who stands out as the mercurial Ismaël, winning a César for Best Actor that he richly deserved.

Based on the memoir by Jean-Dominique Bauby, the former editor of French Elle, the film depicts Bauby’s life after a massive stroke left him with “locked-in syndrome”, paralyzed from the neck down and only able to communicate with the outside world through the blinking of his left eye. Recalling his past or getting new fantasies, the 42-year-old Bauby (Amalric) begins to laboriously dictate a book in which he explains how it feels to be trapped in his motionless body (the “diving bell”) while his spirit keeps flying like a butterfly. Johnny Depp was originally intended to play the role, but American artist and director Julian Schnabel finally decided on Amalric—a very wise decision in light of his astonishing performance.

Desplechin’s actors seem all part of a film family, so it’s no wonder to find a number of them united in this disturbing Christmas story. Junon Vuillard (Catherine Deneuve) has just learned she has cancer and needs a bone marrow transplant. But the only two compatible donors are her son Henri (Amalric), the black sheep of the family, and her grandson Paul, a suicidal teenager. In fact, the dysfunctional Vuillard tribe has more than its share of psychotic characters, including a depressed daughter, two wife-exchanging cousins and a father who recites Nietzsche. Inspired by French cinema’s Nouvelle Vague in the 1960s, Un Conte de Noël displays a complex world of emotions, where fights and bitter words often cede the stage to joyful moments. The film may strike some viewers as even more weird than its characters, but Mathieu Amalric is, once again, terrific as an unlovable son considering sweet revenge.

This 007 movie is probably not Amalric’s best vehicle, but it is further evidence of his wide-ranging talent. Here he plays Bond’s nemesis, Dominic Greene, a renowned developer of green technology, whose shady deals involve a brutal coup in Bolivia as well as the blockage of the country’s fresh water supply. But James Bond (Daniel Craig) is on hand to stop his dastardly scheme and leaves him to a cruel death in the desert. Surprisingly convincing as a villain, Amalric proves here that he can also hold his own on international screens, three years after his first try in Steven Spielberg’s Munich.