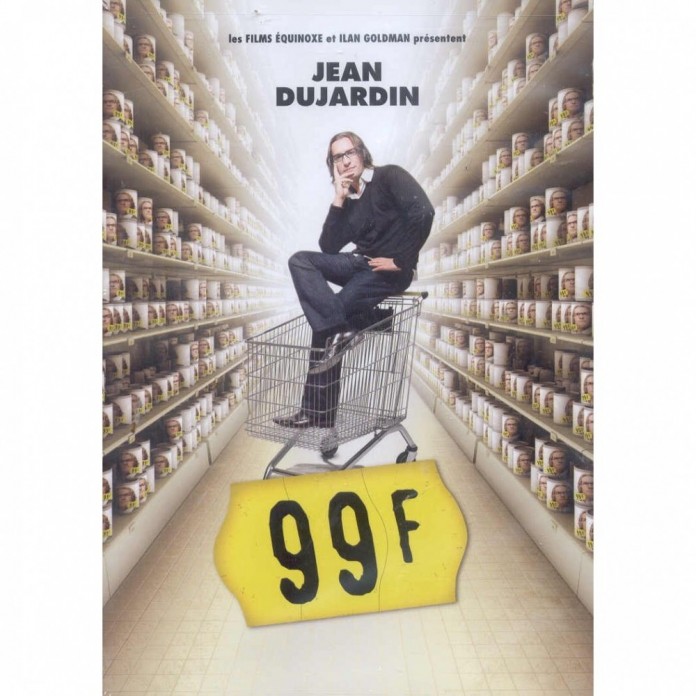 Winner of the Best Actor Award at the 2011 Cannes Film Festival for his role in The Artist, Jean Dujardin may be the natural heir to France’s action-and-comedy icon Jean-Paul Belmondo.

After several years touring France with his comedy gang, the Nous C Nous, Jean Dujardin had his first big box office hit as the wannabe surfer Brice de Nice. Motherless but exceedingly rich, Brice awaits a mythical giant wave on the relentlessly flat Mediterranean. In the meantime, he spends less time training than organizing parties. But when his father is sent to jail, the suddenly penniless Brice has to cope with the real world, so he decides to try for the big prize money in a surfing contest. Seen by more than 4 million moviegoers, this popular comedy could have used a real screenplay, but it remains a goofy modern fairytale.

A Best Actor César nomination is rare for a comic role, but Dujardin scored one with this first adventure in the OSS 117 series, a high-spirited spoof of James Bond. During the Cold War in the 1950s, Hubert Bonisseur de la Bath (agent OSS 117) is sent to Egypt to find a fellow agent who has mysteriously disappeared and bring peace to the Middle East—a pretty tricky task involving poultry, foreign spies, Nazi survivors and, of course, several gorgeous girls. Both witty and brilliant, this hilarious movie is definitely a must-see, and Dujardin is at his best in the role of the seductive but clueless and chauvinistic secret agent. The sequel, Lost in Rio, is almost as good.

Dujardin proved his versatility with one of his first serious roles in this gritty detective thriller, playing Richard Malinowski, a cop whose young daughter has been kidnapped and murdered. A suspect is arrested and sent to jail, but the grieving father has doubts: was the convicted man really guilty? He decides to launch his own investigation. Very convincing in this difficult role, Dujardin manages to give strength and psychological balance to his character, despite a gruesome ending that will leave any viewer seriously puzzled.

Based on author Frédéric Beigbeder’s bestseller, 99 Francs is a satirical black comedy about the modern advertising business. Octave (a long-haired Dujardin) is a kingpin in this soulless world. Flush with money, drugs and women, his life is a never-ending party. But when his girlfriend tells him she’s pregnant, he has a hard time dealing with reality. Hospitalized after an overdose, he begins to take stock of his life. Funny and cruel, the film provides a scary insight into the world of marketing and consumerism. The direction is creative, the visual effects stunning and the performances all quite good, especially Dujardin as a narcissistic victim on the road to redemption. The movie might not deter you from shopping for the latest bill of goods you were just sold on TV, but it will surely entertain you for an evening.

One of the most unexpected films presented this year in Cannes, The Artist tells the story of George Valentin, a former silent film star retreating into alcoholism after the rise of the talkies. But with the encouragement of rising young actress Peppy Miller (Bérénice Bejo), he plans to get back into show business as a dancer. The Artist itself is a silent movie, in black and white, supported by music and inter-titles. The result is a truly curious and delightful experience, unlike any other contemporary production, and it provided Dujardin with his Best Actor Award from the Cannes Film Festival. Scheduled for a full theatrical release in the fall, the film could very well be Dujardin’s first step into international stardom.

Find these films below and in our France Today Bookstore.