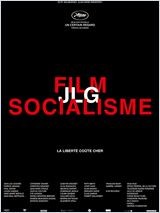 French-Swiss film icon Jean-Luc Godard turned 80 last December, a few weeks after receiving an honorary Oscar for his atypical career. Here are a few of the many milestone films by the director of the cult masterpiece A Bout de Souffle (Breathless), who once said, “A story must have a beginning, a middle and an end…but not necessarily in that order.”

Like Truffaut, Rohmer and other New Wave pioneers, Godard started his career as a film critic at the famed magazine Les Cahiers du Cinéma. He directed his first feature at age 28: A Bout de Souffle, the black-and-white thriller starring Jean-Paul Belmondo and Jean Seberg that won him international fame overnight. After several less successful films, Godard directed Le Mépris, featuring the ultimate French star of the 1960s, Brigitte Bardot. A writer (Michel Piccoli) hired to rewrite a movie script for a famous director (portrayed by legendary filmmaker Fritz Lang) realizes that his gorgeous wife (Bardot) has begun to despise him for his lack of moral convictions. In Le Mépris Godard not only beautifully depicts the disintegration of a marriage but also denounces the decline of cinema as an art.

BEST OF THE BEST

Godard was the most adventurous and daring of all the New Wave filmmakers. In Pierrot le Fou, now considered one of the most important films in the history of cinema, Godard’s original fragmented storytelling, filming and editing styles achieved perfection, and critics began talking about a true cinematic revolution. Ferdinand (Jean-Paul Belmondo) decides to leave his boring life and family and run away to the south of France with his children’s baby sitter, Marianne (Anna Karina, Godard’s wife at the time). Once there, however, the two find themselves pursued by gangsters…. An homage to American film noir, Pierrot le Fou encompasses two of Godard’s favorite themes: the incompatibility between men and women and existentialism.

Two nasty bourgeois Parisians (Mireille Darc and Jean Yanne) embark on a journey through the countryside to her father’s house. The couple’s trip is delayed by several outrageous events and characters, including an apocalyptic traffic jam, a group of fictional philosophers, some violent carjackers and, eventually, a gross display of cannibalism. Shot in 1967, Weekend has been viewed as a premonition of the events of May 1968. Godard’s most virulent attack on contemporary French society is a landmark film that hasn’t aged or lessened in impact over time.

The media hailed Godard’s comeback with Sauve Qui Peut (La Vie), and Godard himself called the film his “second first film”. With an all-star cast (Nathalie Baye, Isabelle Huppert, Jacques Dutronc) it was indeed a new beginning for a filmmaker who had spent the previous 10 years directing political and experimental films in video. Like most of Godard’s post-1960s films, this one doesn’t follow a conventional narrative. It is organized in three sections, involving various characters whose lives are more or less intertwined. In the following years, being seen in “a Godard” became a must for mainstream actors. Johnny Hallyday (Détective, 1985), Alain Delon (Nouvelle Vague/New Wave, 1990) and Gérard Depardieu (Hélas Pour Moi/Oh, Woe Is Me, 1993), to name a few, all worked with him.

In the 1990s Godard again retreated into experimental work. For the past 30 years he has been living as a semi-recluse in a tiny Swiss village, delivering a film every two years or so to his diehard fans. His latest, Film Socialisme, left most critics speechless—at best—when it was presented at the 2010 Cannes Film Festival, but it did win the the Douglas Edwards Experimental/Independent Film/Video Award from the Los Angeles Film Critics Association. And whatever is said about his recent, mostly inaccessible work, it’s certain that Godard has never stopped exploring new ways to make movies. Happy Birthday, Monsieur Godard!

Trailers for these films are on www.youtube.com.

Originally published in the January 2011 issue of France Today.