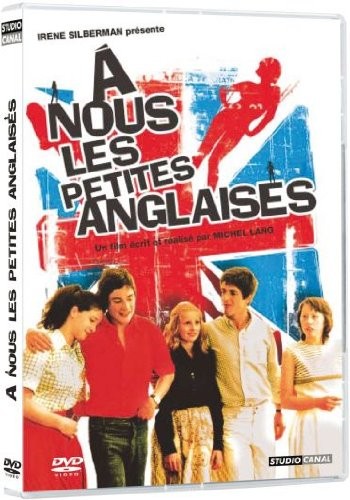 Childhood friends Phil (Pierre-Michel Beck), 16, and Vinca (Nicole Berger), 15, fall in love one summer, but don’t know how to deal with their new feelings and desires. Phil meets an older woman (Edwige Feuillère) who takes it upon herself to initiate him sexually, with devastating consequences for the young couple. Set in the early 1920s, the film is based on a novel by Colette. It was considered scandalous upon its release and banned in some towns in France for its open evocation of sexuality.

A hilarious comedy set in 1959. After failing their baccalauréat (high school graduation exam), Alain and Jean-Pierre are sent by their parents to spend the summer living with British families. The two teenage boys are much more interested in girls, but they soon learn that improving their English can help their seduction skills.

This autobiographical first film follows two Jewish teenage sisters during the 1963 school year in Paris, as 13-year-old Anne (Eléonore Klarwein) and 15-year-old Frédérique try to make sense of the changes happening inside themselves and in the society around them. As they discover love, the value of friendship and political awareness, they begin to construct their womanhood. Acclaimed by both critics and audiences, Diabolo Menthe won the coveted Prix Louis Delluc.

The film follows Vic (Sophie Marceau in the role that made her an instant star), age 13, as she goes through the joy and pain of her first romance while her parents (Claude Brasseur and Brigitte Fossey) experience their own emotional turmoil. Two long party scenes (boums), highlights of this joyful and charming film, perfectly capture the essence of teenage life in the 1980s. After the movie’s phenomenal success, Pinoteau directed a sequel, La Boum 2, in 1982.

This enjoyable comedy that parallels La Boum stars Sophie Marceau, almost 30 years after her debut, this time as the mother. We follow Lola (newcomer Christa Theret) through her first love, her friendships and her boums, as her mother Anne navigates her own chaotic love life. But we also see how things have changed since the 1980s: Anne is divorced, Lola and her friends casually smoke pot (as does her mom), the relationship between Lola and her parents is more frank, cell phones and computers are the essentials of teenage communication…. Times have changed, but the emotions are the same.

Originally published in the May 2009 issue of France Today